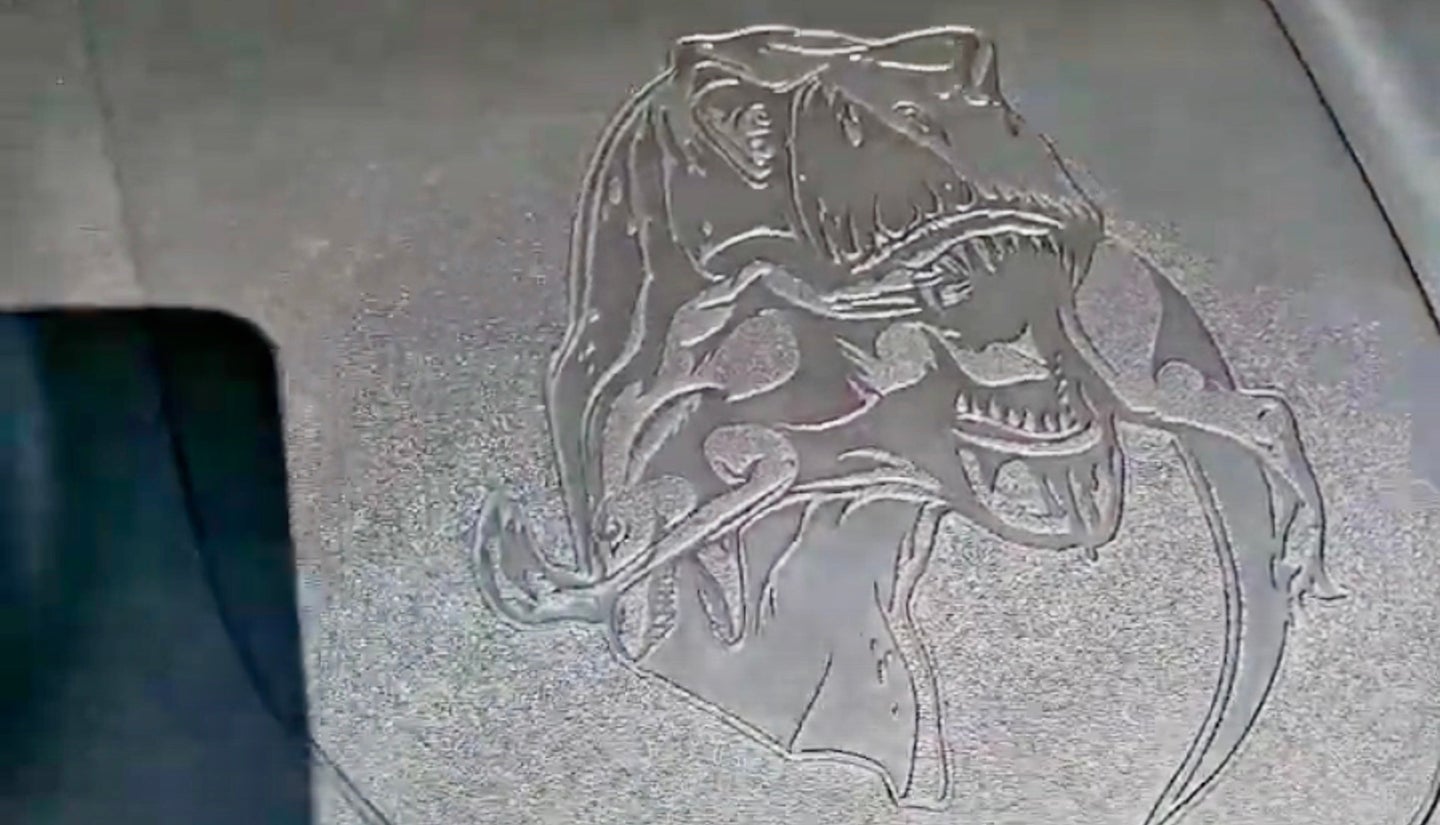 April is long in our rearview mirrors but yet here we are, talking about Easter eggs again. This time, however, it's the automotive kind, which I personally enjoy. They're like subtle hints found inside cars that let us know car companies have a sense of humor. However, in the case of the 2021 Ram 1500 TRX, a newly-found Easter egg is not subtle and definitely not humorous. In fact, it's pretty graphic and in-your-face. And should I say, cool?

Shared on the bkhaja89 YouTube channel, the footage takes us straight to the TRX’s massive air filter housing. Upon lifting the plastic cover, we see an emblem of a T-Rex with a mouthful of velociraptor hanging lifelessly out from the corners of its mouth.

You don’t have to be a paleontologist to understand what Ram is trying to say. The Ram TRX wants to chase down and eat Ford Raptors for breakfast, lunch, and dinner. It also reminded me of the late 1960s when Chevrolet described the Camaro as a small, vicious animal that eats Mustangs. Who knew Fords were so... delicious.

When Car and Driver went Easter egg-hunting in the 2020 Jeep Wrangler Unlimited Rubicon Eco Diesel, they found 20 of them things. The first TRX Easter egg we saw a while back was an emblem on a plastic liner showing a size comparison between a T-Rex and a velociraptor.

So the question is, how many surprises are left to be discovered in the TRX’s body panels? We’ll have to wait until we can get our hands on one. In the meantime, it's rumored that the next-gen Ford F-150 Raptor will be going into battle with a 5.2-liter supercharged V8 from the Shelby GT500 claiming at least 725 horsepower, which is more than the TRX’s 702-hp, 6.2-liter supercharged Hemi V8.

In 2021, the streets are going echo with supercharger whine as we witness the two baddest pickups ever battle it out for truck superiority.