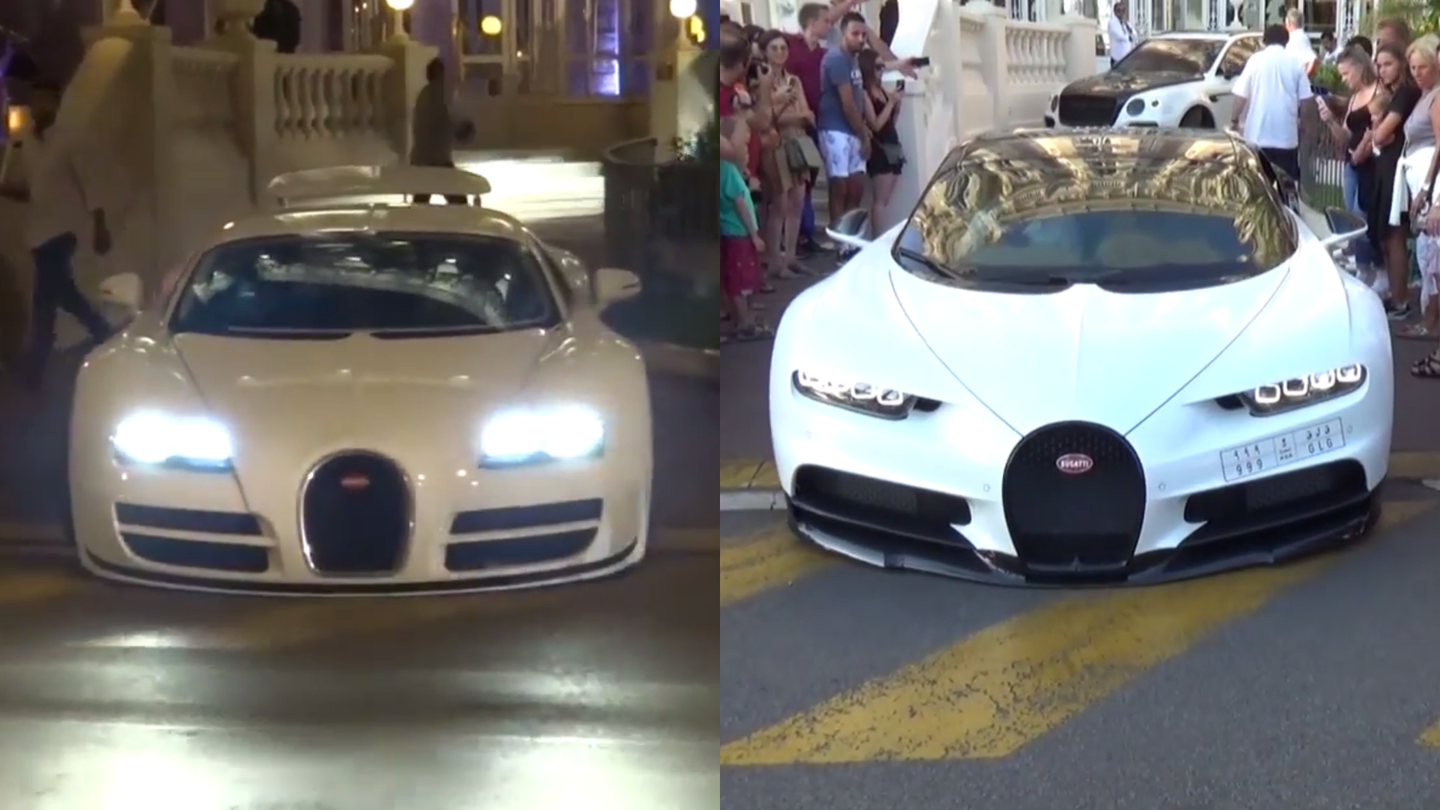 As our editor Mike Guy discovered in his revelatory test drive, the 2018 Bugatti Chiron excels at just about every aspect of its existence. It's an apex predator, a rolling work of art, and an endless font of pure power. What it's not, however, is an ace curb climber, and neither was the Bugatti Veyron Super Sport for that matter.

A video uploaded by G-E Supercars on YouTube shows the brothers Bugatti both scraping their front splitters as they try to exit the same hotel driveway in Cannes, France. The first clip shows the Veyron Super Sport making a go of it at night, and though you can see and hear the bodywork clip the pavement, it's possible the owner got away with barely a scratch.

The driver of the Bugatti Chiron isn't quite as lucky. He's leaving in the middle of the day, and a crowd of onlookers have gathered to gawk at the $3 million hypercar. It's worth noting that the Chiron has a front lift system for precisely this kind of situation, but it's either not activated or the angle was just too steep, causing him to drag the splitter on the ground.

While it's a little painful to hear, the Chiron's annoyed-looking face also adds a touch of slapstick humor. And something tells us the driver had the exact same expression.