Turns out, all that power and record-beating top speeds call for quite a bit of time at the pumps. 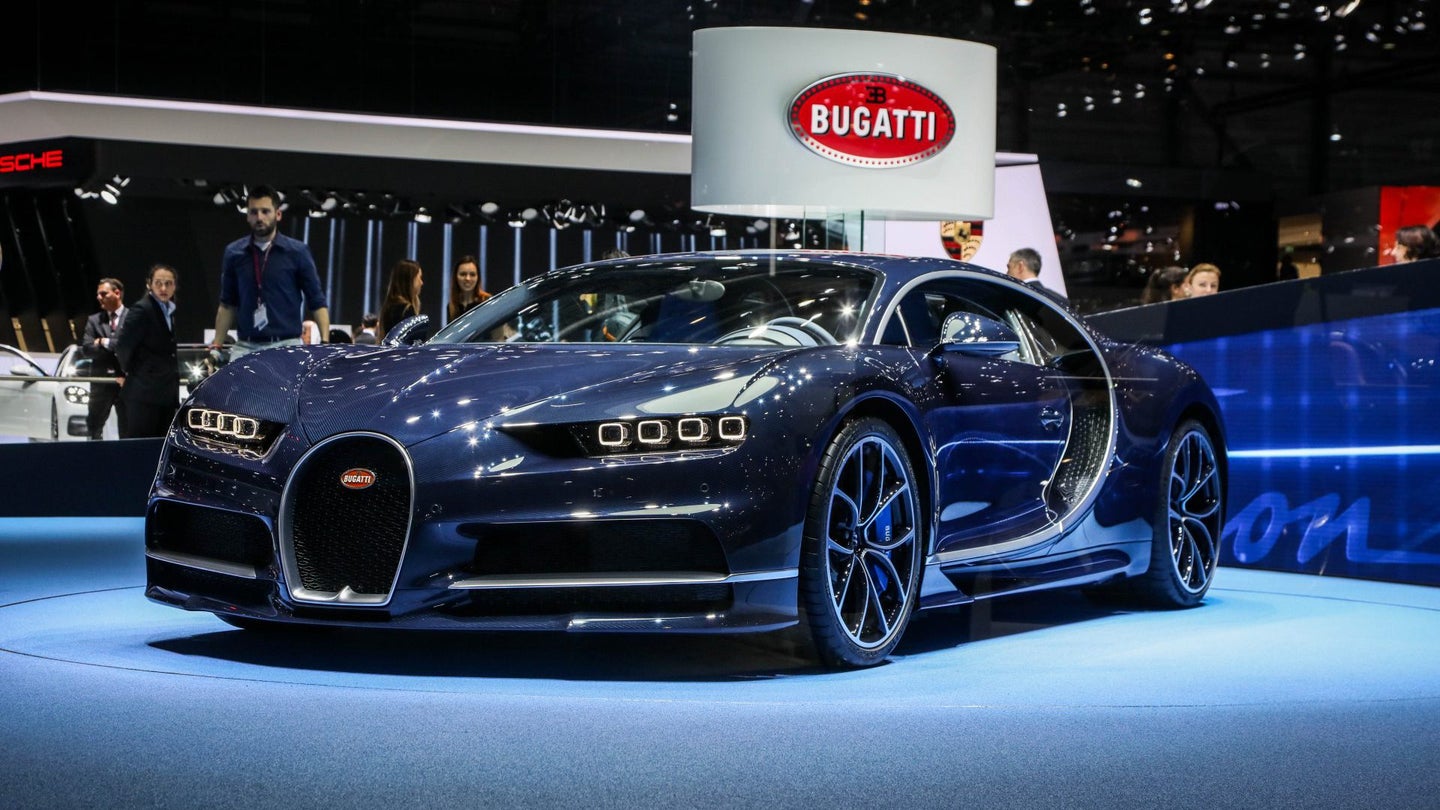 No one is buying the Bugatti Chiron to save the planet. We know it, owners know it, Volkswagen know it. That didn't stop the Environmental Protection Agency from testing one and rating it anyways.

Bugatti has announced that the 1,479-hp Chiron achieves a whopping 11 mpg combined—predictably poor, but not actually as bad as one may have guessed. In fact, it out-greens the outgoing 10 mpg Veyron by a whole mile per gallon despite using the same underlying 8.0-liter quad-turbo W-16 and being more car in pretty much every way. Progress!

Cruising on the highway, however, the older car has it beat with the Chiron's 14 mpg coming in 1 mile shy of the Veyron's marginally more frugal 15 mpg. Pottering around the city, the Chiron proves to be the slightly more economical choice (because Chiron owners are more than likely to also be Veyron owners) with 9 city miles achieved per gallon of dinosaur bones compared to the Veyron's paltry 8. A hypermiling challenge between the two hypercars would be quite interesting, no? (Bugatti, hit us up.)

According to the EPA, all these Ms and Gs boil down to an estimated annual fuel cost of $3,800, averaging out to $6.26 spent at at the pump for every 25 miles driven. If that sounds like a lot, don't look up how much it costs to change the tires on a Veyron.

Does that mean we will get more than 1,479 horsepower?

What is Bugatti up to with this blacked-out mule?