A Driver Crashed a $2.5 Million Bugatti Chiron Into a Ditch

Things can escalate rather quickly when you have almost 1,500 horsepower. 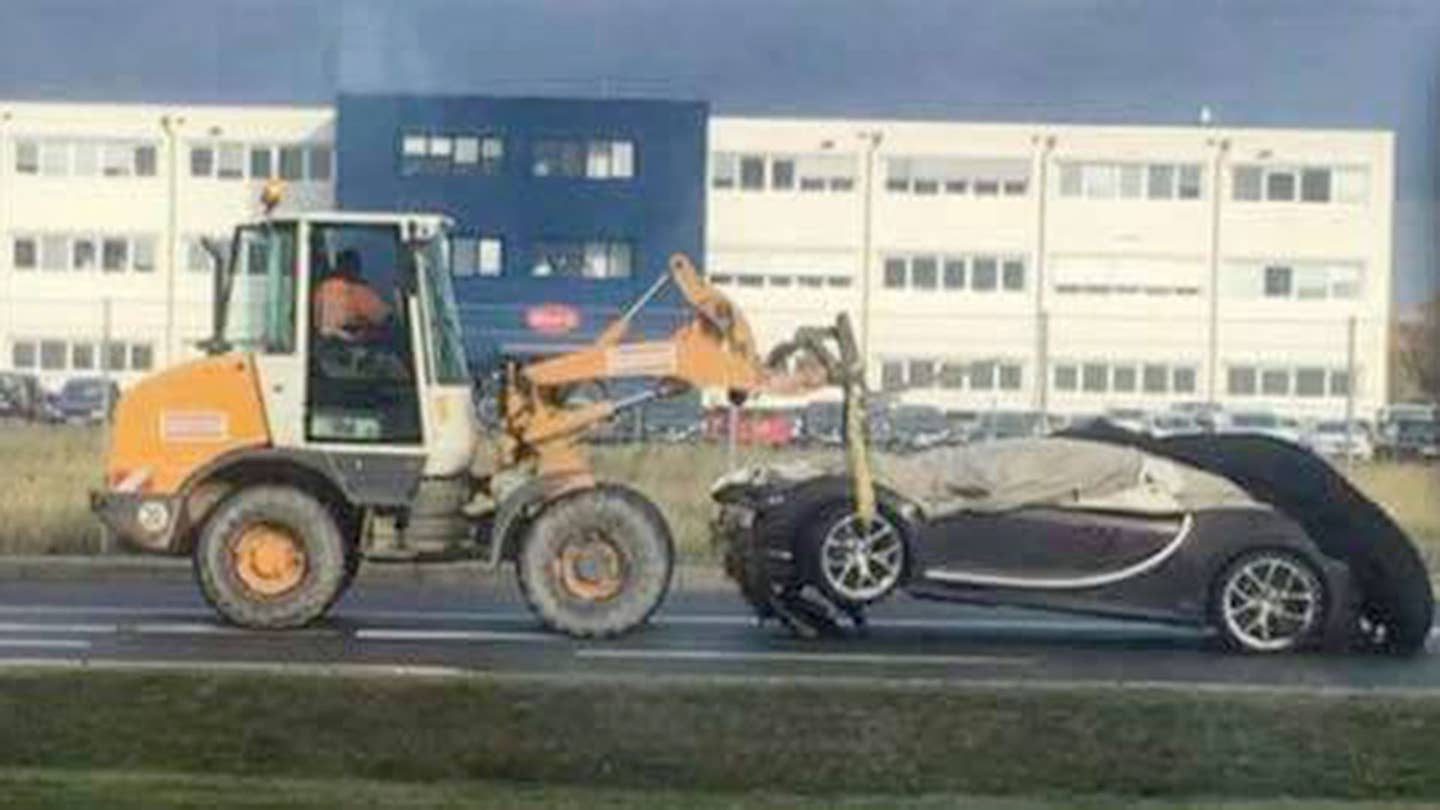 Sometimes, a news story is as simple as its headline: a driver apparently crashed a 1,479-horsepower Bugatti Chiron hypercar into a ditch.

The accident occurred in the Volkswagen Group’s hometown of Wolfsburg, Germany, which would seem to suggest the car was being piloted by a VW AG employee. Furthering that case: a Bugatti employee supplied an official statement on the accident.

“The driver was unfortunately a little inattentive, which is why the car landed in the road ditch,” Manuela Höhne, a Bugatti spokesperson, told German tabloid Bild. “Fortunately nobody was hurt.”

As you can see in the picture above, however, the poor $2.5 million-or-so Bugatti’s woes didn’t end with its quick misadventure off the road. After its spill, the Chiron apparently couldn’t even score the dignity of a actual tow truck; instead, it seems it was strapped to a piece of heavy construction equipment and dragged down the road by its front wheels, expensive chunks of bodywork dragging along the pavement.

Bugatti did not provide word as to whether the car that crashed was one of the carmaker’s own prototypes or demo vehicles, or whether it was one of the 500 examples destined for the immense garage of a super-rich car enthusiast. Considering the average Bugatti owner has 83 other cars (plus two planes and a yacht) in his or her transportation portfolio, if this Chiron was indeed headed for a customer, we’re guessing he or she won’t have any trouble getting around while Bugatti fixes up the car.

(That said, if Bugatti’s own driver did indeed mess up the car, we’d hope the maestros from Molsheim would at least throw in, say, a gift certificate to Applebee's for the trouble.)