That’s OK. So did everyone else. 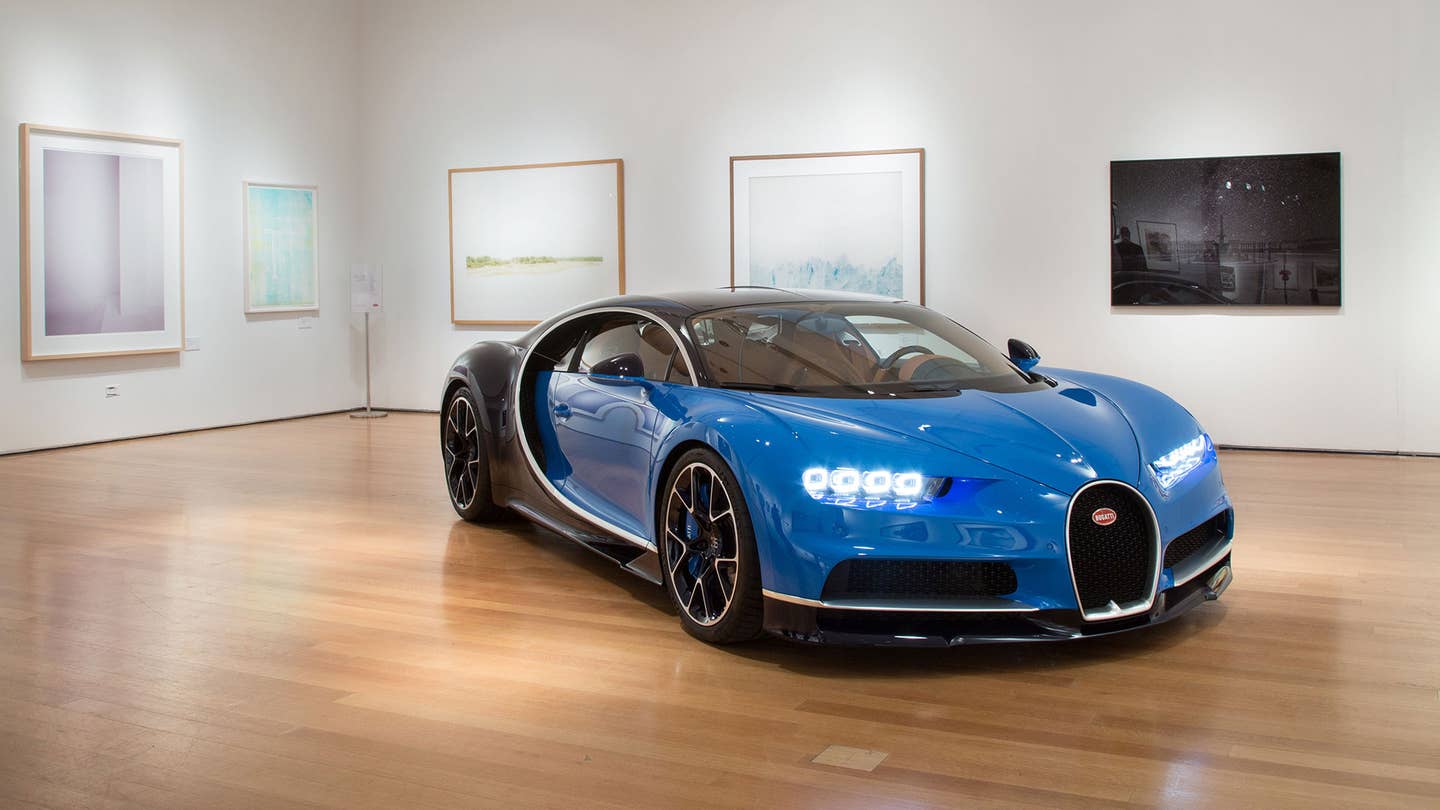 The Bugatti Chiron entered North America not with a bang but with a whisper. No Klieg lights, no dubstep soundtrack, no ballad-belting siren, no bloggers throwing elbows for the privilege of snapping a shitty iPhone photo. Just the Chiron, alone in an art gallery, with Veuve Clicquot in flutes and Herb Ritts on walls. The takeaway was clear: This is not your typical 1,500-horsepower car.

The Chiron was the two-ton mirrorball at the center of Christie’s spring photography sale preview on April 1, in Midtown Manhattan. As keen Instagramers would know, though, the car had slummed for a couple days earlier at Manhattan Motorcars, the unobtanium dealer on the island’s west side. No bother. Bugatti executives and champagne weren’t there, so it didn’t count.

With its $2.7 million price tag and 500-unit production cap, the Chiron, which made its global debut at the Geneva Motor Show in March, is the kind of bauble that collectors of leather-daddy homoerotica by Robert Mapplethorpe, gauzy Americana from William Eggleston, or MTV House of Style-era supermodel nudes by Ritts might appreciate. Hell, might even buy. Hence the Chiron’s presence at the New York outpost of Christie’s, the London-based auctioneer, on the First of April.

The fine-art photography market has shown signs of overheating, but Bugatti design director Achim Anscheidt wanted to talk cooling—specifically, how to ice down the Promethean powertrain and brakes of the Veyron’s successor. “Thermal management drives almost every stylistic decision on this car,” he told The Drive. He gestured to twin chasms between each headlight and the car's horseshoe grille, which funnel air “at 100-percent pressure” directly to the front axle and brakes. The swooping crescents that bifurcate the Chiron into business (rear) and pleasure (front) zones also help direct air to the mid-mounted 8-liter W-16 engine.

The business end of the Chiron might be its most striking. It’s goddamn Gothic back there. A buttress-like spine arches over the exposed engine bay, evoking the car that Ralph Lauren may have sold his soul to acquire, the Bugatti Type 57SC Atlantic. Haunches cradle that Rosemary’s Baby of an engine like the demon spawn it is, while the tail—a less technocratic version of the McLaren P1’s ellipse shape—ends so abruptly it’s as if a guillotine had fallen from the sky. Sure enough, that was Anscheidt’s intention.

The Christie’s photography-sale preview began in earnest after Bugatti member of the board Stefan Brungs introduced the Chiron. As well-born patrons of the arts filed in, the few press in attendance were ushered out. For a moment, the fantasy of Chiron ownership had been allowed to flit through the proles' brains. Then, when people who could actually afford not just the fantasy, but the reality, arrived, it disappeared.