The president’s planned trip to the Detroit area would seem to be the ideal place to make the announcement, which the auto industry has been advocating for. 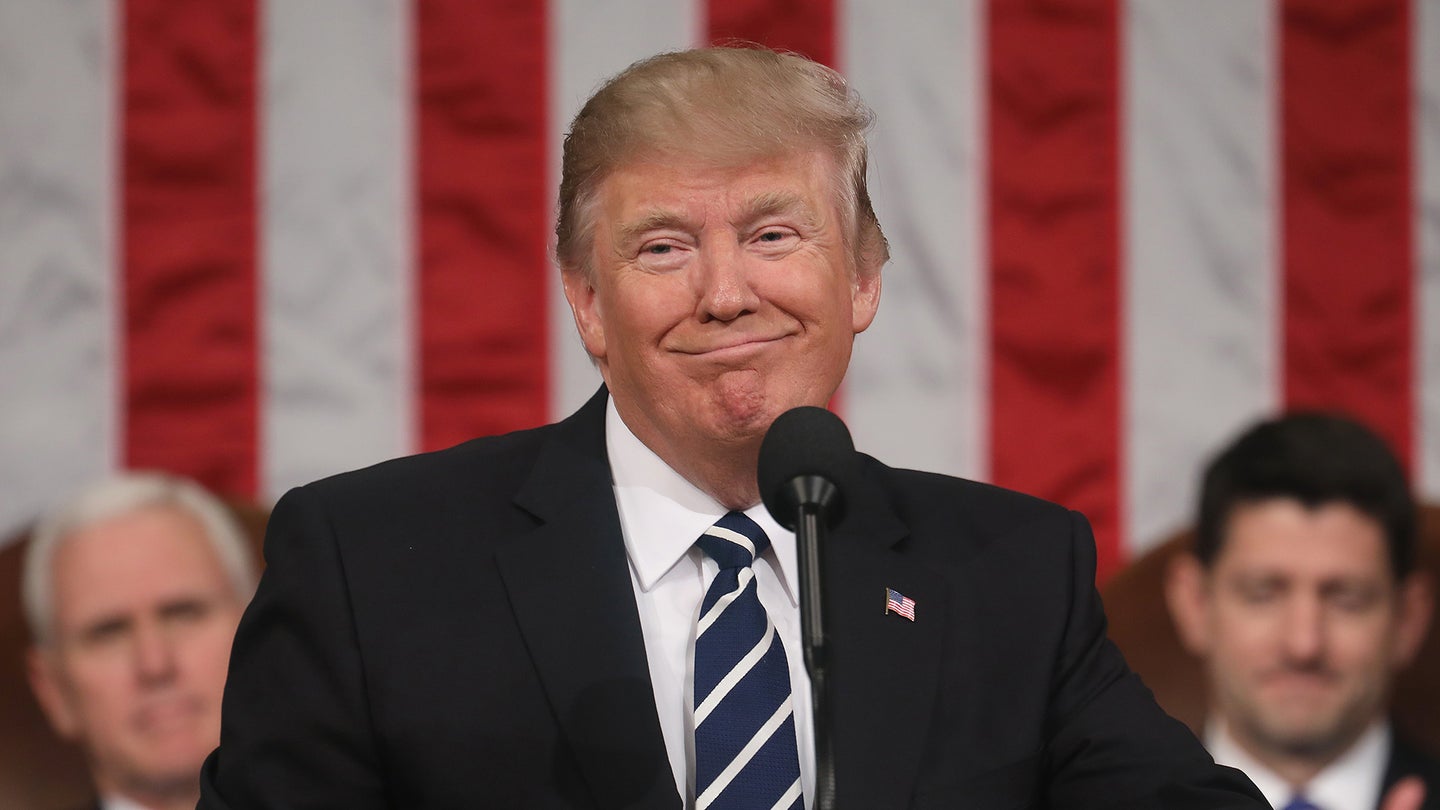 It wasn't hard to see this coming. President Donald Trump is expected to announce his administration's decision to repeal and review existing plans to raise fuel economy standards in the U.S. at a Detroit-area event on Wednesday, according to a Reuters report.

The report, which cited two sources with knowledge of the plans, stated that the event in Ypsilanti, Michigan, would be attended by GM CEO Mary Barra, Ford CEO Mark Fields, and Fiat Chrysler Automobiles CEO Sergio Marchionne, as well as representatives from unnamed German and Japanese automakers.

Trump's expected move to go back and review the planned Corporate Average Fuel Economy (CAFE) mandate—which, as currently established, would require automakers to reach a fleet wide average of 54.5 miles per gallon by the year 2025—would be the latest twist in a road that winds more than the Stelvio Pass. In a mid-term review last year designed to see how well car companies were progressing towards the goal, regulators claimed the near-55 mpg goal was unlikely to be achieved—not due to any technological problem, but rather, because of consumers' continued preference for SUVs and trucks. Nevertheless, in the final days before Trump's inauguration, the outgoing Obama administration's EPA fast-tracked the decision to implement the goal.

Once the new administration was in office, however, automakers were quick to begin lobbying Trump to walk back the 54.5 mpg mandate. A group of top executives from eight of America's largest car companies fired off a letter to the new president just three weeks after he took office beseeching him to review the Obama-era standards, claiming they placed an undue burden on automakers and potentially putting as many as one million jobs at risk. Days later, a trade group representing a dozen carmakers began lobbying incoming EPA head Scott Pruitt on the matter as well.

It's not yet known whether Trump will also push to revoke the emissions waiver that allows California to dictate its own emissions standards, as was reportedly to be a possibility last week. But we should know more by Wednesday.