2017 Honda Civic Type R Gets 25 MPG Combined, According to the EPA

The most powerful Honda ever sold in America will achieve 22 city, 28 highway. 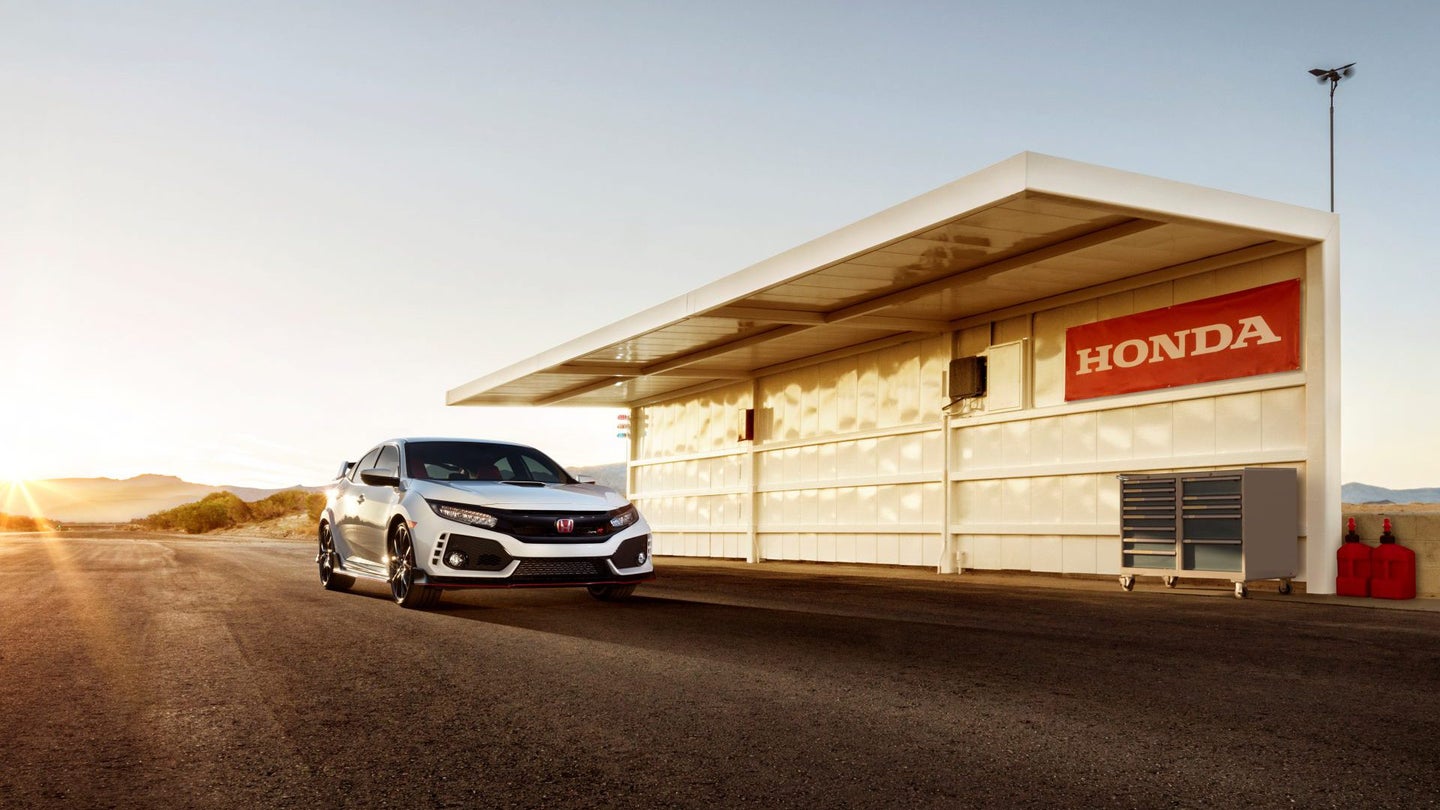 If you're one of the lucky ones who have a Civic Type R on order and were wondering what the car's monthly fuel costs should look like, the EPA has some useful news for you. The Agents of Environmental Projection have rated the hot Honda hatch 22 mpg pottering around in the city and 28 mpg cruising on the highway, for a combined 25 mpg. Which to the uninitiated, might sound horrible for a Honda Civic, but really is pretty much par for the course considering this is the front-drive 'Ring record holder version we're talking about.

The figures also expectedly best with what its AWD peers are achieving. The Ford Focus RS achieves 22 mpg combined while the Subaru WRX STI gets only travels 19 combined miles for every gallon of fuel. However, the all-wheel-drive Volkswagen Golf R still outsips the front-drive Type R on the highway, getting a rating of 22/31/25 city/highway/combined. Keeping in mind who builds the Golf R, you know, take that for what's it's worth.

Powered by a 2.0-liter turbocharged 4-cylinder producing 306 hp and 295 lb-ft, the manual-only Honda Civic Type R set a Nurburgring lap time of 7:43.80 last month, which is the fastest of any front-wheel-drive production car. It was announced to cost the equivalent of a little over $40,000 in the UK when it arrives there in July.