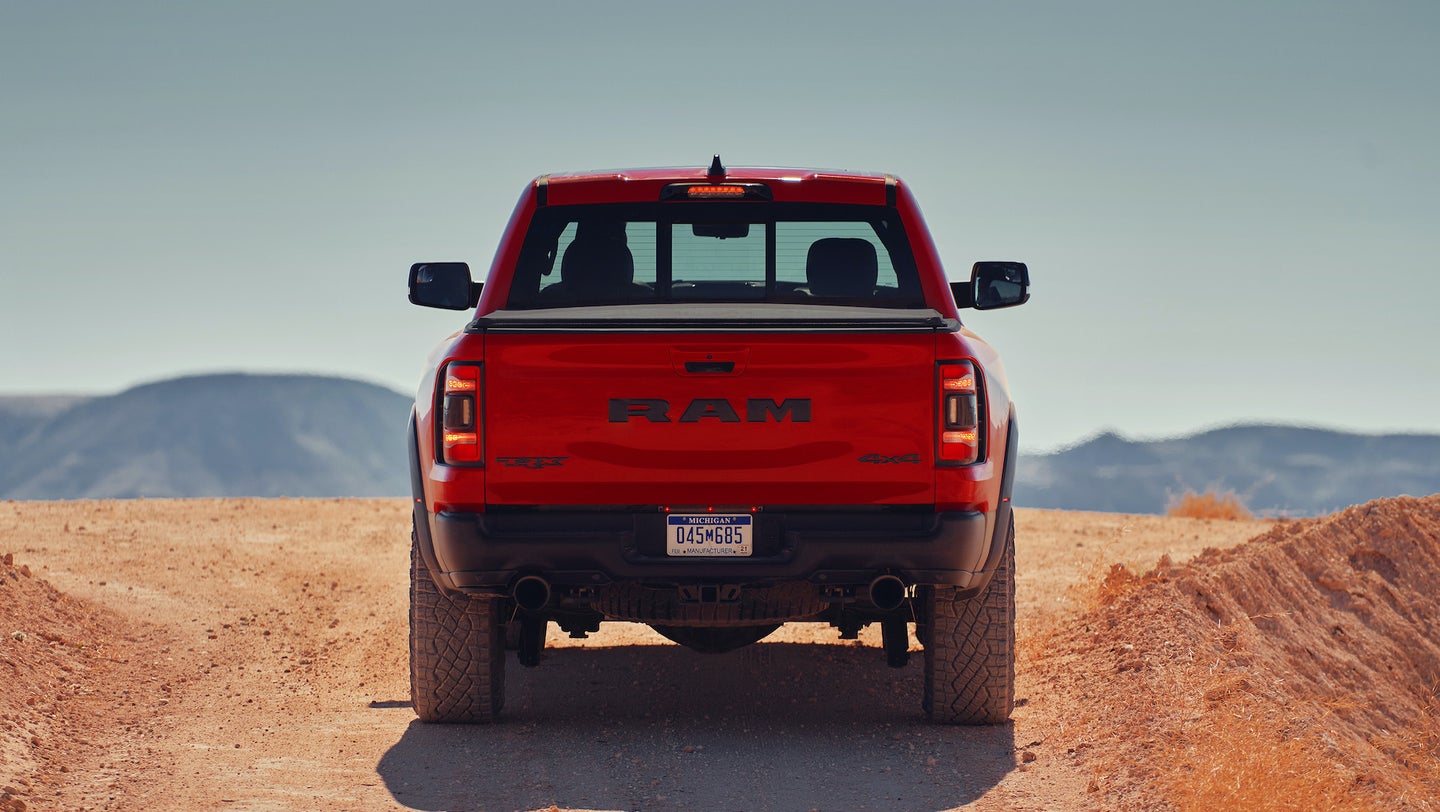 There's no getting around the fact that a pickup truck with a 702-horsepower Hellcat V8 and a nearly $100,000 price tag is borderline obnoxious. That, of course, is part of why we love the 2021 Ram TRX and seemingly can't get enough of it—one of the models' reservations sold out in mere hours. Now, folks are going to like it even more when they hear what it sounds like. Hint: it's not quiet.

A video posted to Instagram by @hydrotrx, who has gotten its hands on a 2021 TRX before the public—leading us to believe it must be associated with Fiat Chrysler in some shape or form. Its license plate shows that it's a manufacturer-owned vehicle, so it's most likely a developmental prototype on the truck's final testing phase, considering all models seen so far look to be production-ready.

One thing is clear: the TRX's remote start system works flawlessly. In fact, it works so good it will wake up an entire city block while you're still in the comfort of your house.

Per the video's source, the TRX's cold start "is a lot louder than the Trackhawk"—referring to the Jeep Grand Cherokee Trackhawk, with which it shares an engine. Whether it'll set off car alarms under full throttle, there's no telling as of yet, though it'll certainly incense the board of your local HOA. Good.

What's also certain is that it'll come prepared for the seemingly inevitable shouting match between it and the Ford F-150 Raptor, which reports say will be mostly built with turbocharged, hybrid V6s. Not exclusively, though—as the word is that a select few will feature the supercharged, 5.2-liter "Predator" V8 from the Mustang Shelby GT500. If that's the case, Ford may have a proverbial giganotosaurus to do battle with Ram's TRX.