Production of the most powerful pickup truck won't be capped. 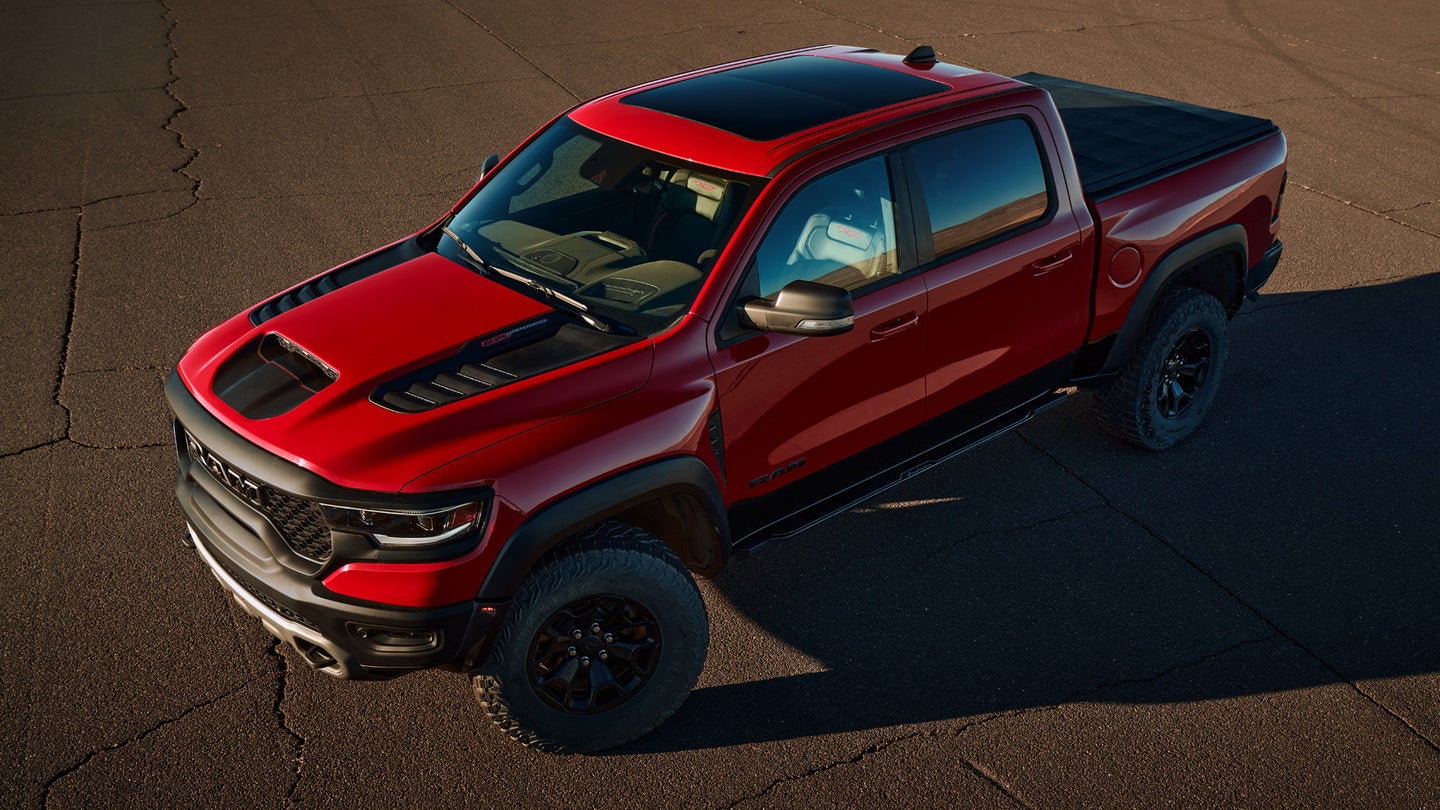 Worried you won't get your hands on a 2021 Ram 1500 TRX because all Launch Edition models have been sold? Don't worry—because according to a report by Muscle Cars and Trucks, the production of normal variants of the truck (non LE models) won't be capped.

The report quotes Ram 1500 senior brand manager Carl Lally who clarified that the Ram 1500 TRX will not be a limited production model. This is good news for everyone saving up for the down payment of the fastest, most powerful truck on the market.

“We don’t have any limits of production on the truck… we’ll continuously evaluate the demand on it going forward,” Lally told MC&T.

The TRX's claim to fame is backed by a supercharged 6.2-liter Hemi V8 that produces 702 horsepower and 650 pound-feet of torque. Its closest competitor, the Ford F-150 Raptor, is powered by a 3.5-liter twin-turbo V6 that turns out 450 horsepower, though that may soon change.

According to a report from earlier this week, the 2021 Ford Raptor could soon be flexing a 700+ horsepower supercharged 5.2-liter V8 borrowed from the Ford Mustang GT500. Specific numbers have not been released, and it's worth noting that this is a rumor, and nothing has been confirmed by Ford.

The demand for supercharged Ram is evident, with the Launch Edition selling out in three hours after reservations were open earlier this week. Its $92,010 price tag didn’t seem to scare potential buyers away—though it's good to remember that reservations don't exactly turn into sales down the road.

As 2020 comes to a close, most of us are putting a lot of pressure on 2021 to be a better, more "normal" year. The idea of having two supercharged V8 powered off-road pickup trucks facing off definitely sounds like a serious improvement over the current year. Don't you think?