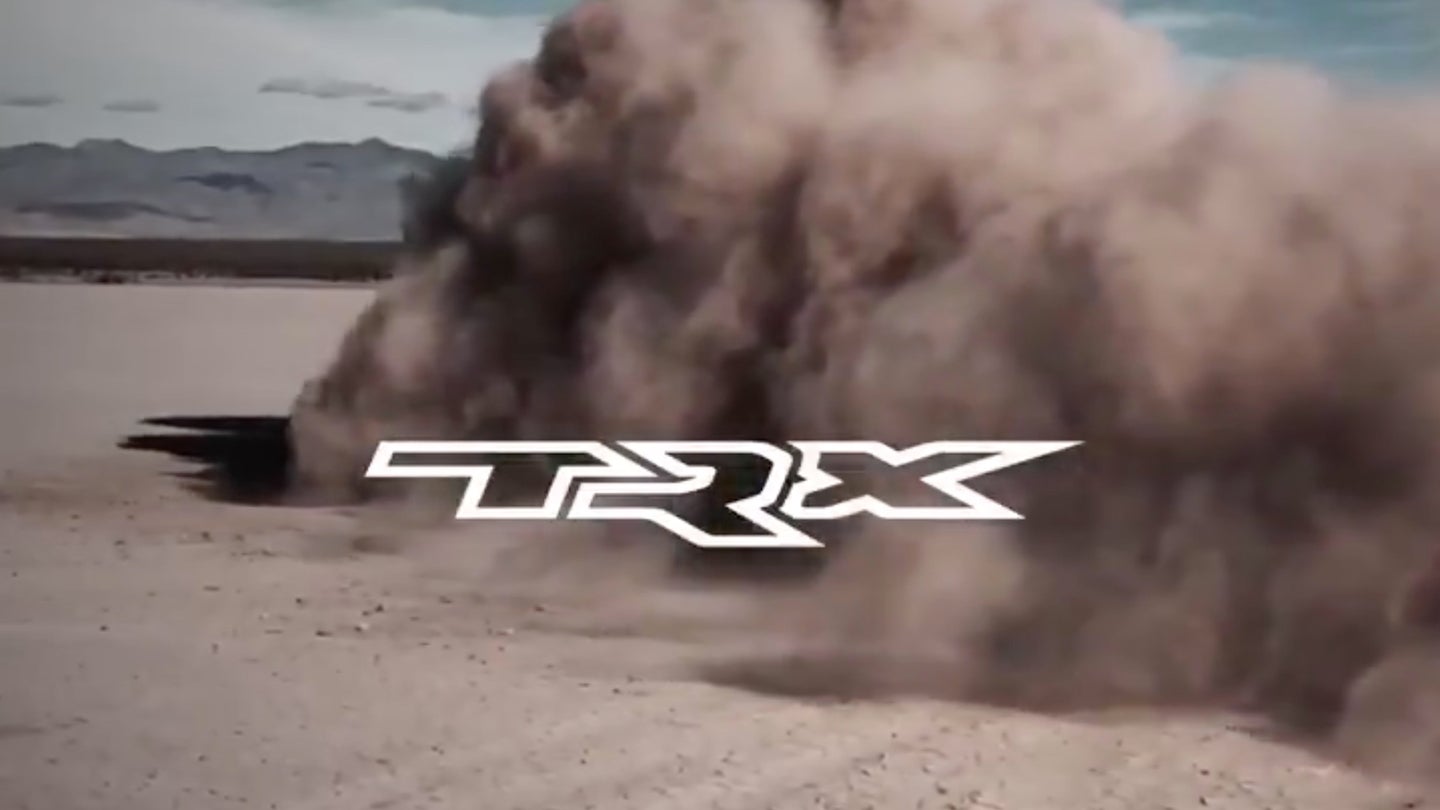 First introduced as the Rebel TRX Concept almost four years ago, Ram's V8-powered competitor to the Ford F-150 Raptor almost immediately vanished from the radar, and its continued development was only confirmed by an email in spring 2018. Now, after numerous cryptic spy shots of this cryptid of a truck, the TRX is ready to make its public debut, which it will do by Sept. 22.

Ram confirmed the late-summer launch window in a tweet with the TRX kicking up dust in the open desert, its V8 shouting cylinder superiority over its V6-powered Ford prey benchmark. We expect the TRX to pack some variant of Fiat-Chrysler's Hellcat engine, which measures 6.2 liters in displacement—the original concept had a detuned version making 575 horsepower, while all other applications produce 707 hp.

Although the Hellcat's supercharger whine isn't really audible in the above teaser, other accounts all but confirm the engine's place under the Ram's hood. It makes sense, after all, given how liberally FCA has appointed the engine to its Dodge and even Jeep lineups. It'll need something special to best the Ford Raptor, whose power specs weigh in at 450 horsepower and 510 pound-feet of torque. Currently, none of Dodge or Ram's naturally aspirated V8s hit that mark.

In the end, our idle speculation will kill only a few seconds between now and the TRX's reveal later this season. And when it does arrive, the TRX will still need to look over its shoulder for the next generation of Ford Raptor, which will no doubt improve along with the new F-150 on which it's based.

It’s got it all—two doors, a small-block V8, and ultra-low miles. Just don’t expect it to come cheap.