Look at that smile… 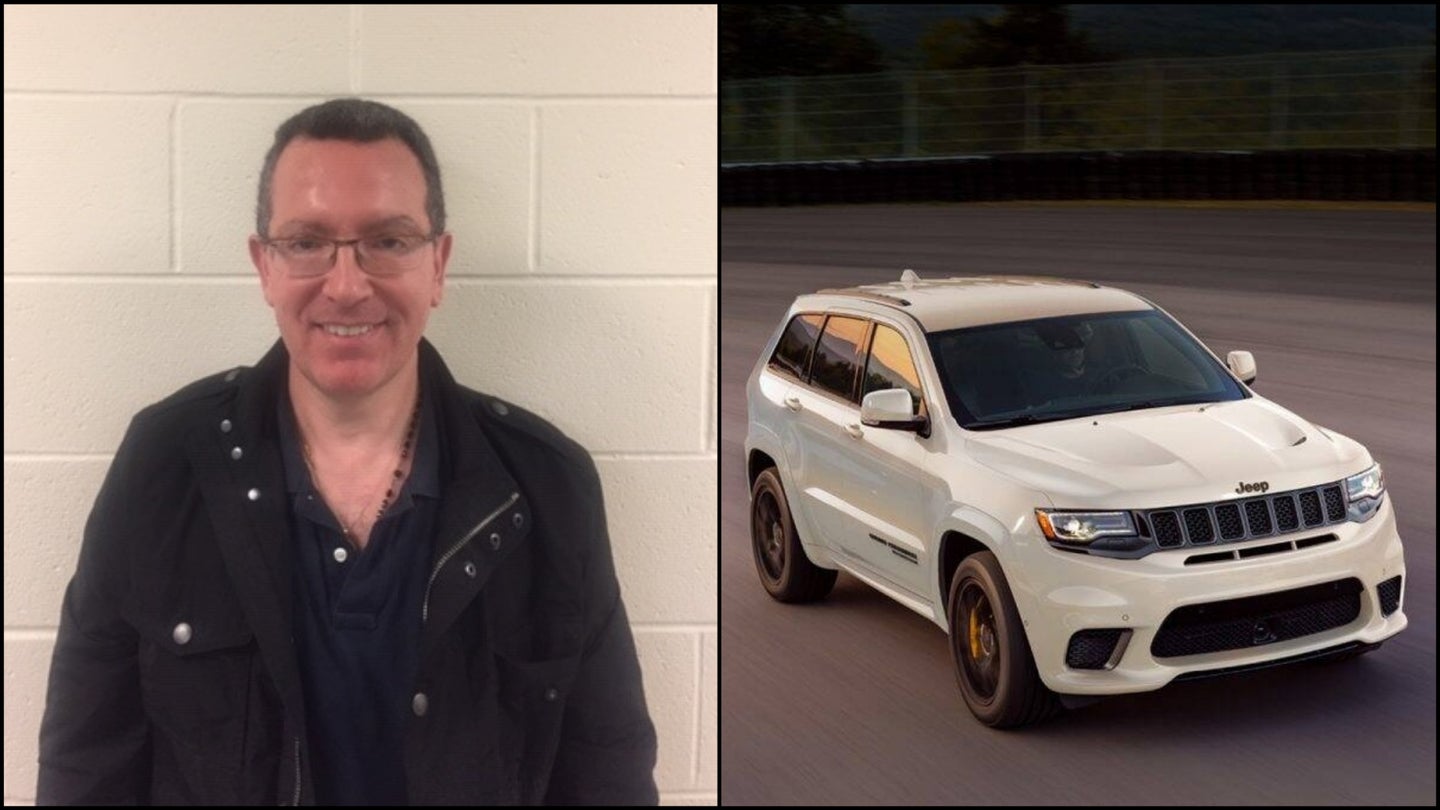 The 707-horsepower Jeep Grand Cherokee Trackhawk is, at least for the moment, the king of American performance SUVs. With a supercharged Hemi V8 sourced from Dodge's Hellcat lineup, it's got the legs of a mega muscle car and the body of a family hauler. Given its top speed of 180 miles per hour, it's more than capable of getting you in trouble on public roads, as one New Jersey man recently found out when he was caught blasting down New Hampshire's Interstate 95 at 142 miles per hour.

Fifty-one-year-old Eric Joseph was pulled over Saturday, July 20 at 8:05 a.m. local time for the massive speeding offense, which took place in a 65-mph zone. According to State Police, he was rushing to his home in Short Hills, New Jersey before he was spotted by Trooper First Class Sean Faherty.

Sergeant Christoper Storm eventually caught up with Joseph, who was reportedly dealt a charge for reckless driving and is scheduled to appear at Portsmouth Circuit Court on Sept. 23.

While there's no doubt that the Jeep Grand Cherokee Trackhawk can reach such speeds, this is the most extreme case of one doing so on public roads—at least of those caught by the hi-po.

Even though it's unlikely Joseph will ever need to upgrade his super SUV to go even faster, he does have a few options in the form of specialty tuning shops such as Hennessey Performance in Texas, who makes a 1,200-hp version of the Trackhawk.

FCA is telling owners to remove their driver’s side floor mats for now.