Britain Did Muscle Cars Just As Well As America Did

You know what other country made some real muscle cars? Britain. 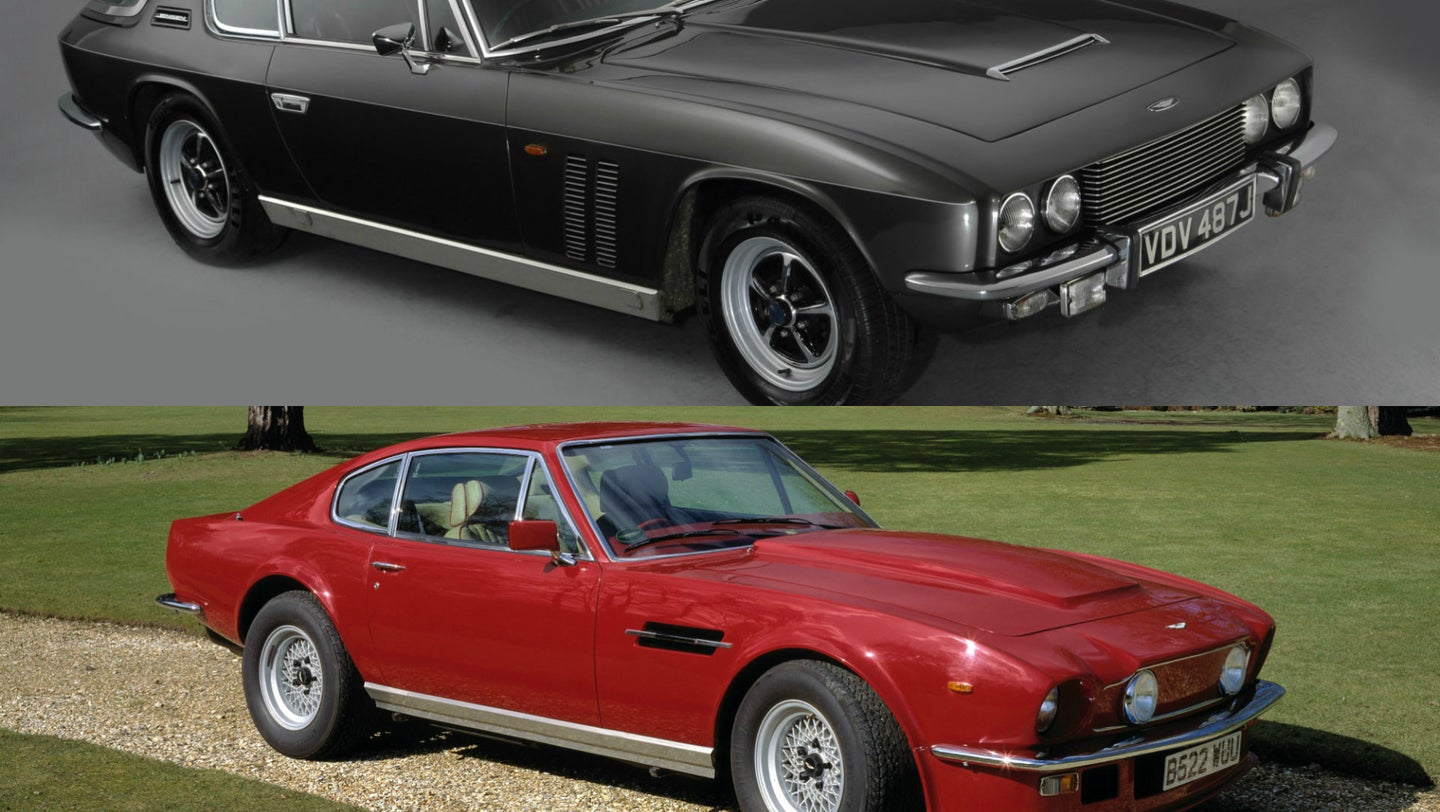 Once upon a time in the 1970s, Britain got tired of watching its former colonies making muscle cars. Australia had the Holden Torana A9X and Ford Falcon Cobra, whereas America was busy with the Pontiac Grand Am and Plymouth Duster. None of these were appealing for the Brits, so after a few nights in the shed spent testing how big a V8 they couldfit under the hood and still make it close, they debuted two of the finest muscle cars of the 1970s: the Jensen Interceptor and the Aston Martin V8 Vantage. Fewer than 7,000 of these cars were made combined, with 6,408 Interceptors and 534 Vantages leaving their respective production facilities.

The Jensen Interceptor got some attention here on The Drive last week, when an example popped up on the car auction site Bring a Trailer and sold for $38,500.  In 1971, the Interceptor was offered with a 330-horsepower, 7.2-liter Chrysler 440 V8 with "Six Pack" carburetors, which alone would prove its muscle car credentials beyond a doubt—but the TorqueFlite transmission and limited slip rear end were included in the package too.

Its styling alone would trick most Americans into asking, "That's some Mopar thingamajig, isn't it?" They'd be half right, but only because of the engine. Today, you can get an Interceptor with a full restomod build called the Interceptor S, one which keeps all the magnificent looks, but without the...er, classic British reliability.

The other muscle car from Britain in that era is the Aston Martin V8 Vantage. Available between 1977 and 1989, it sported a 5.3-liter V8 making between 375 and 432 horsepower, with a 6.3-liter, 450-horsepower upgrade available; some aftermarket companies offered 7.0-liter engine conversions, too. It was the hero car in the James Bond film The Living Daylights, though production versions never came with the movie car's rocket engine, hubcap lasers, or self-destruct button. (The self destruct feature was probably automatic, and not controlled by the driver, because it's still a British car.) Stylistically, it's similar to the original Mustang—and that's just fine, because few have ever complained about how that Mustang looked.

These two cars may have never been a part of the American muscle craze of the Sixties and early Seventies, but had they been built en masse by one of the Big Three, they likely would be remembered as classics like the Olds 442 or Pontiac GTO, rather than occupying the margins of automotive history that they do.