The tuning company relives its motorsport history with this special edition. 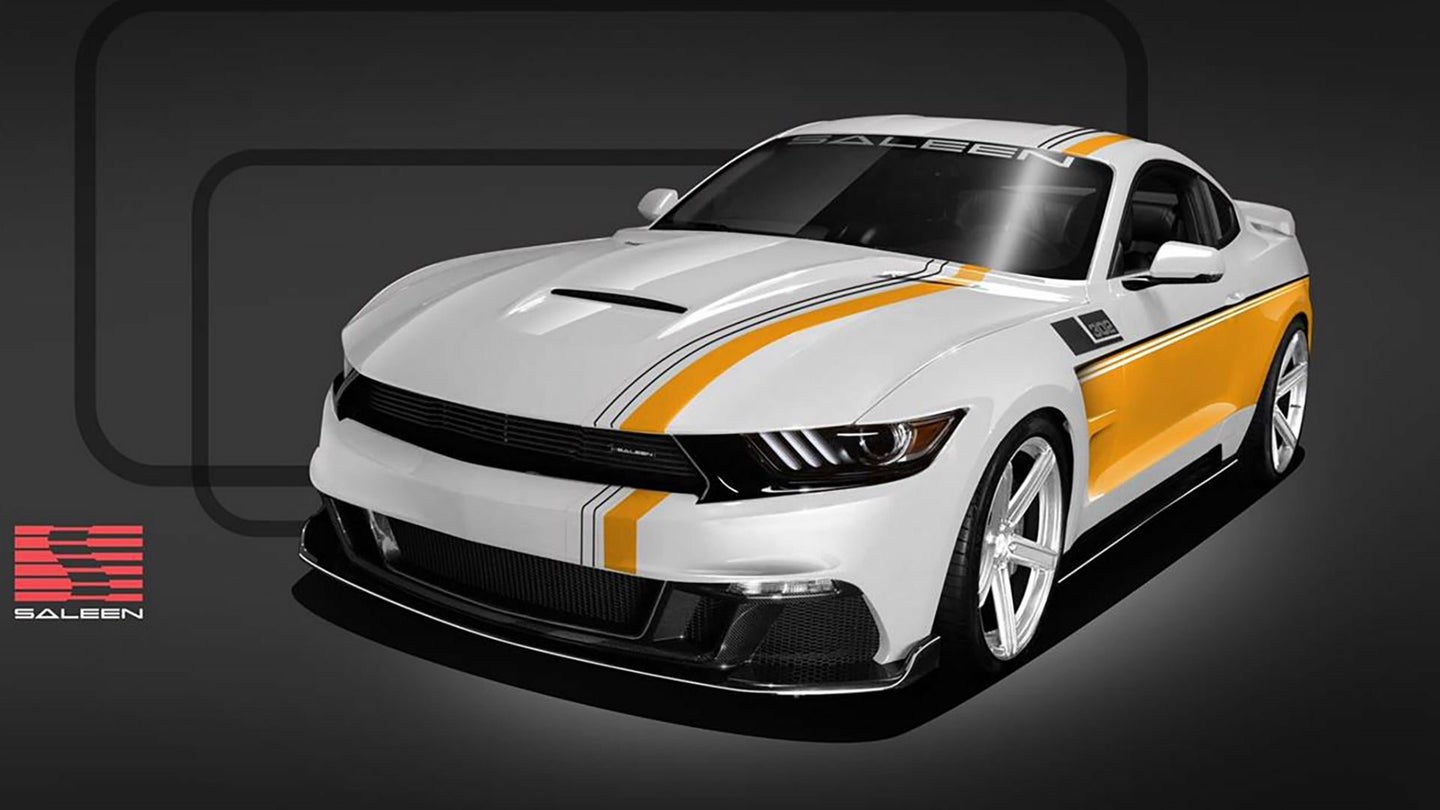 If you miss Saleen Mustangs of old, then boy does the tuner have you covered here. Harkening back to the company's racing heyday, the new Championship Edition Mustang has ticks all of the boxes from its old-school paint scheme to the high-horsepower V8 underneath. Saleen will only be building 30 examples, and with a starting price of $87,000, it's sure to be an exclusive special for top-tier muscle fans.

This car is being built in celebration of Saleen's 1987 Driver, Manufacturer, Team, and Tire SCCA ESCORT Endurance Championships. 30 years later, the tuning company looks to show that it's still got it after recent bankruptcy troubles.

The Championship Edition is instantly recognizable as a Saleen -- nevermind the shouty banner that spans across its windshield. The two-tone coating and racing stripe down the middle recall its motorsport heritage, and with up to 750 horsepower on tap, beauty is more than just skin deep.

This mountainous power output is achieved in part by a 5.0L Coyote V8, but a large thanks is due to the 3.2L blower found sitting atop the engine. While these figures are impressive, what's perhaps more important is that it has the underpinnings to back it up.

When optioned with the available track package, the Championship Edition is fitted with a host of suspension and chassis upgrades that remind you it's more than a straight-line star. Special measures taken include a rear-seat delete, four-point racing harnesses, a four-point roll cage, and upgraded radiator for extensive track duty. A Racecraft Suspension finds itself carrying the 'Stang around, and from the sound of it, the car should be handily sorted for circuit use.

Special badging and yellow-on-white details are standard on each car. Though we don't expect it to set any records, the Championship Edition does a stellar job of honoring the event it reprises. Its official release is slated for sometime this year.