We stack up NASCAR's new pony car against its brother from Down Under. 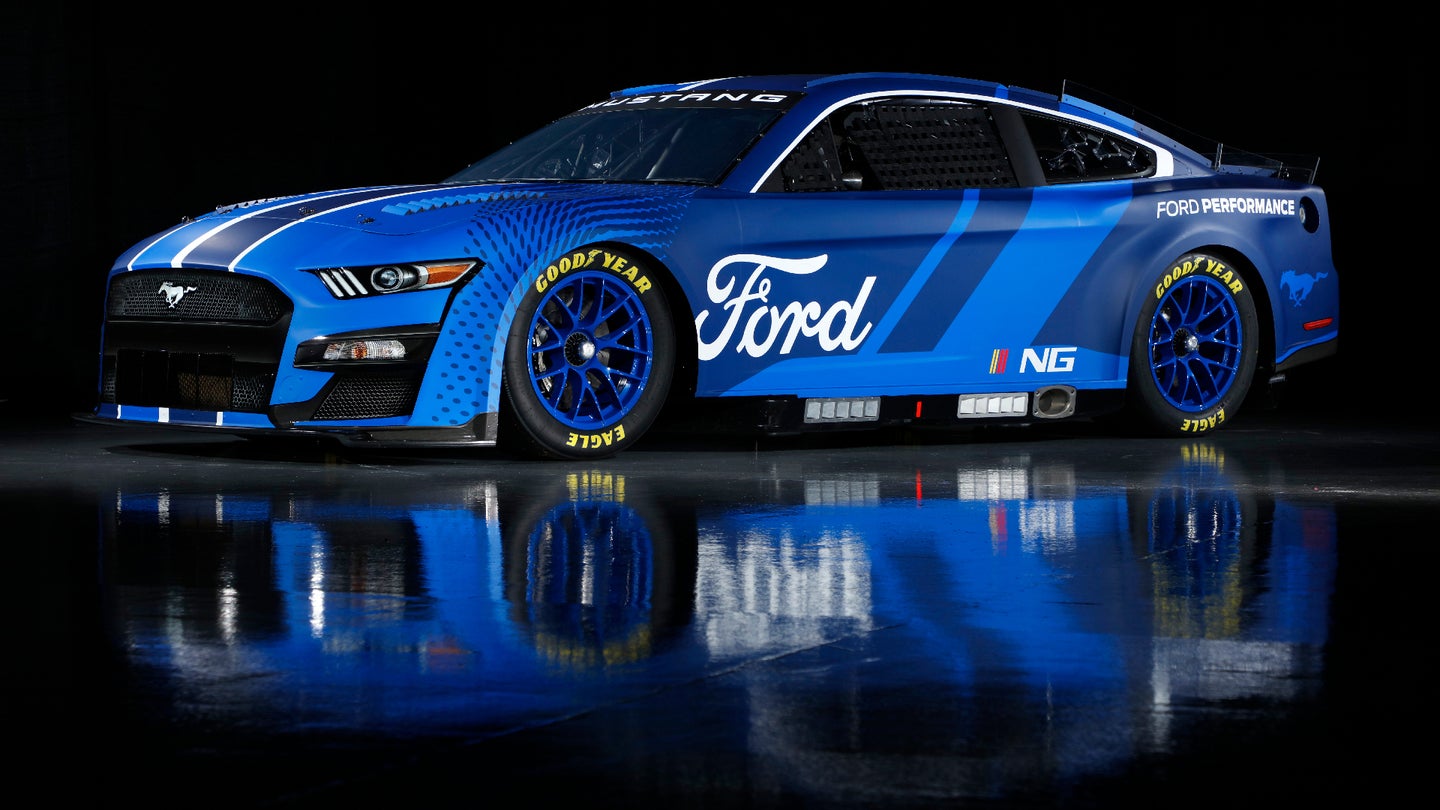 The big buzz around NASCAR right now is the announcement of the Next-Gen car that the series will race in 2022 and beyond. Ford will be racing the Mustang body in the premier stock car series, duking it out with Toyota and Chevrolet on ovals and road courses. However, Ford's famous coupe will also do battle in the Australian Supercar Championship, racing against the Chevrolet Camaro from next year. So, how does the new NextGen Mustang compare with its touring car brother from Down Under? Let's find out.

NASCAR's Next-Gen car marks a bold new direction for the series, abandoning much of the traditional technology that has long been a mainstay in stock car racing. Gone is the four-speed transmission with an H-pattern shifter, replaced instead with a five-speed sequential transaxle which also includes the rear gears. New as well are 18-inch wheels, chosen to be more relevant to cars on sale today, while also adopting a single centerlock design instead of the more archaic five-lug pattern that was abandoned long ago by most other motorsports. The Next-Gen Mustang, along with its competitors, will also all sport independent rear suspension and rack and pinion steering; both considered modern around fifty years ago in road cars, but new to NASCAR today.

Down under, Ford's Mustang first joined the Australian series in 2019. The series originally pit Ford Falcons against Holden Commodores on a series of road circuits. However, when Ford's Australian production shut down, the Falcon was axed in favor of the Mustang. Existing chassis limitations meant the Mustang body had to be stretched to suit a racing chassis originally designed around four-door sedans. The result was a distorted, "hall of mirrors" appearance that was confusing to those familiar with the existing road car.

The Australian Supercar Championship has long competed with more modern technology than its NASCAR counterparts, fielding independent rear suspension and sequential shift gearboxes with the introduction of the Next Generation car back in 2013. The series now faces a transition to the new Gen3 chassis design, which aims to better suit the now solely two-door cars that will compete from 2022 onwards.

Upgrades on the Gen3 are focused on ease-of-use, to promote faster repairs, while medical access will be possible through a special roof hatch in the case of severe accidents. Controversy remains around whether the new cars will adopt paddle-shifters with throttle blip on downshifts, which would eliminate the need for drivers to heel-and-toe on corner entry. Existing cars have used stick-shift sequentials without driver aids, requiring some skill to cleanly downshift without causing damage.

With the new technology on NASCAR's Next-Gen cars, a lot of the fundamental basics of the series have converged, despite being entirely independently developed platforms. With IRS and sequential gearboxes, and both series packing V8 engines in the ballpark of 600 horsepower, the cars won't be altogether that different to the casual observer. Either way, both series are going through big changes for 2022, and we look forward to seeing plenty of rubbin' and racin' next season.