An Eight-Turbo Ford Mustang Was a Great Idea, Until It Wasn’t

This YouTuber’s build was wild indeed, but noise doesn’t count for much when you just can’t make the power you want. 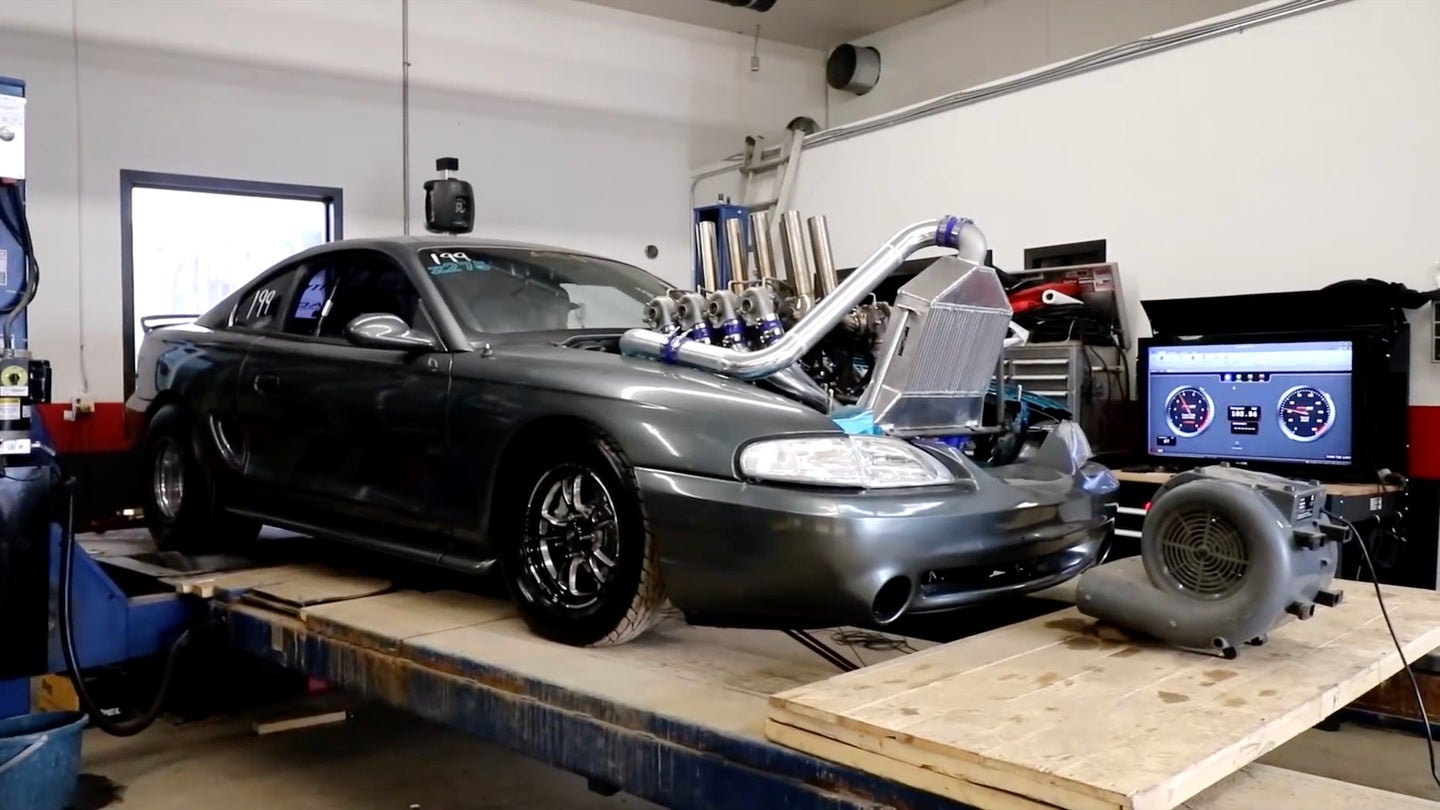 If one turbocharger is good, two is better, and four is Bugatti. Then turbos are a simple case of more is better—right? For sheer novelty, sure, but for performance, it turns out less is more when it comes to modern turbos.

That's the lesson learned for the builder of an LS-swapped Ford Mustang (SN95) drag car that we've covered before. Featured on the Canadian YouTube channel Boosted Lifestyle, the host Kyle Williams plumbed his Chevy V8 with eight turbos from 1.8-liter Volkswagen engines, for one per cylinder. On the dyno, Williams claims, this setup was initially capable of generating 33 pounds of boost for 737 wheel horsepower, a benchmark he hoped to beat with an enhanced intercooler setup.

Though the improved intercooler setup did its job, maintaining an intake charge temperature of just 59 degrees (presumably Celsius; they're Canadians), problems elsewhere in the highly complicated octuple-turbo engine handicapped its performance.

During at least one dyno pull, some oil misted out the left bank of turbos, suggesting blow-by and thus failing seals, and though intake charge temperatures were where they wanted, pressures weren't. Due to possible turbo back-feeding, boost wouldn't crawl any higher than 23 psi, resulting in a loss of more than one-fifth of the previous run's power, for 563 horsepower and 501 pound-feet of torque at the wheels.

Because the worn VW turbos would be costly to replace, and their performance was underwhelming in the first place, Williams will revert to his prior single-turbo, eight-second setup—for now, anyway.

"I've only admitted defeat for the summer so I can rebuild my race car," Williams teased in an email to The Drive. "I'll be back, don't you worry."

Not one, not two, not three, not four…