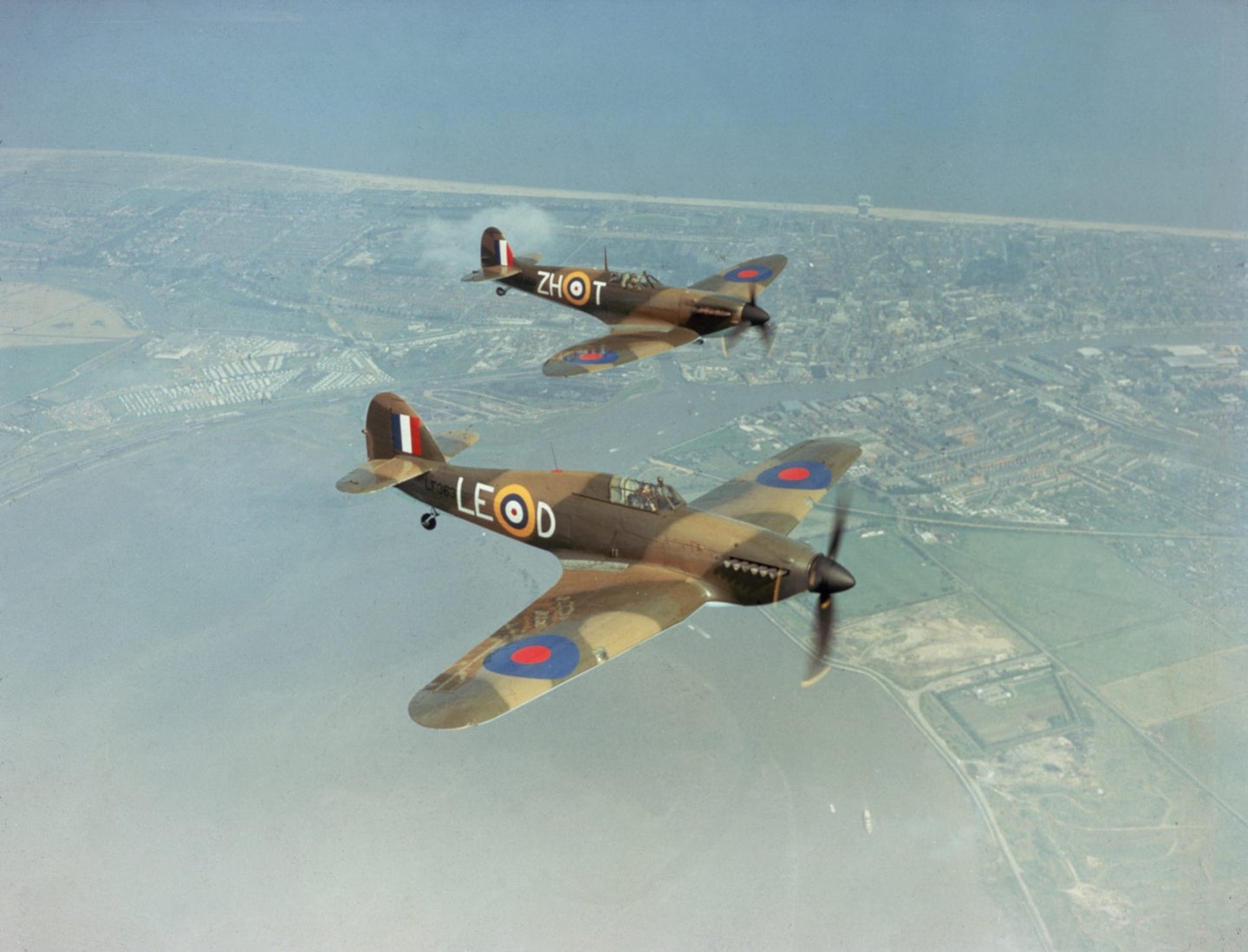 Ford Performance has just released a teaser image of a new custom Mustang GT built with Vaughn Gittin Jr's Ready to Rock team. While only showing a top-down shot, it's apparent that the car is wearing a British Royal Air Force livery. Before the U.S. officially entered World War II in 1941, many American pilots served in RAF "Eagle Squadrons," and this build has been created as a salute to them. These pilots in the U.K. flew some iconic fighters like the Spitfire, and the Ford's namesake, the P-51 Mustang.

Apart from a unique paint job, this Mustang gets parts that are all available from the RTR catalog. Most obvious is the car's wide-body, made from carbon fiber. A "Tactical Performance suspension package" has also been installed, and under the hood, a Ford Performance supercharger boosts the GT's Coyote engine to 700 horsepower.

Gittin will be showing off this Mustang in England at the upcoming Goodwood Festival of Speed, which kicks off on July 12. After that event, the car will be flown over to Oshkosh, Wisconsin to be auctioned off at EAA AirVenture Oshkosh fly-in on July 26. All proceeds from its sale will be donated the Experimental Aircraft Association, a non-profit organization that aims to educate young people in amateur aviation. The winning bidder will also receive a commemorative plaque autographed by Gittin and members of the Ford design team, as well as an all-inclusive package for two to visit the 2018 Woodward Dream Cruise in Detroit.

From Ford's official release, Darrell Behmer, Mustang design chief said, “The Eagle Squadron Mustang GT build with Vaughn and the Ford design team is a great way to honor our heroes and keep the spirit of aviation alive for the next generation of American pilots.”

Ford has supported the EAA for 20 years, donating a total of 11 custom vehicles for its cause. The sale of these cars has resulted in more than three million dollars for the charity.