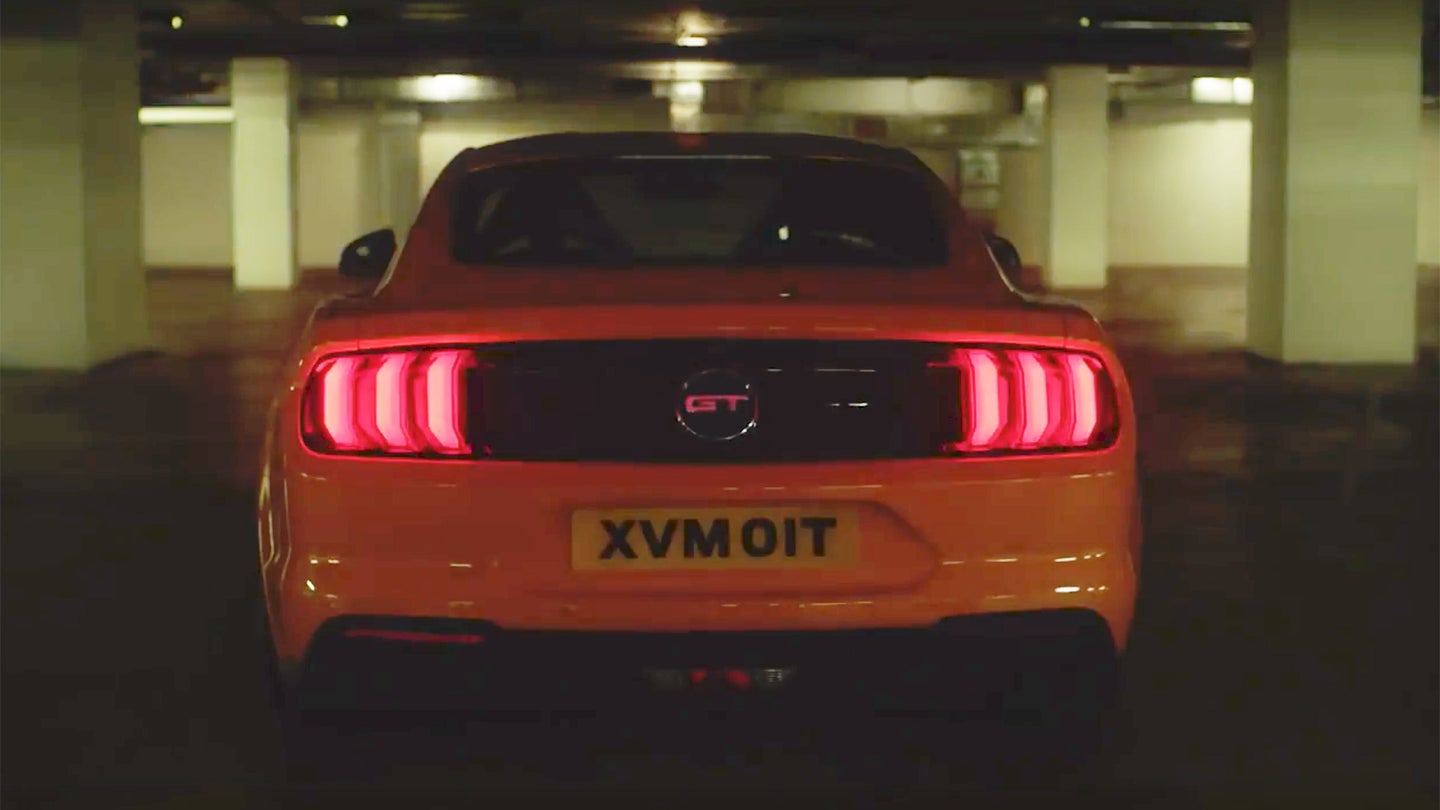 A Ford Mustang commercial featuring shots of stressed-out office workers under a voiceover reading the famous Dylan Thomas poem "Do not go gentle into that good night" has been banned in the United Kingdom after the country's famously strict advertising regulators ruled that it encouraged dangerous driving—despite the fact that the only shot of the car shows it pulling out of a parking garage and driving sedately down a city street.

First reported by the BBC on Wednesday, the action came about after a full 12 people saw the ad and took time out of their day to write a stern note to Britain's Advertising Standards Authority to complain about its content. We recognize that auto manufacturers can sometimes hint at quasi-legal situations in promoting their products—remember the Mercedes-Benz street race Super Bowl ad?—but seriously, take a look at the clip below and see if you can spot the problem here.

The ad was produced by a division of advertising giant WPP called Global Team Blue, who must have thought they had a true hit on their hands with the broody, almost literary vibe. It shows a series of blue-toned urban office drones getting slowly fed up with the mundanity around them; a spilled coffee, a broken printer, an annoying boss, and a crowded elevator are all emblematic of the never-ending grind toward an identical tomorrow. Thomas' words echo in our heads: Rage, rage against the dying of the light.

What they need, what we all need, is eight cylinders of American freedom. The ad ends with a cut to black, followed by a dramatic start-up shot showing an Orange Fury Ford Mustang spring to life in an underground parking garage, briefly rev its engine, then climb the exit ramp and head out into a bright and sunny street. It was shown in movie theaters and on the company's YouTube page earlier this year. Life is rote and dull, but the Mustang is not. Message received.

Except at the ASA, who stepped in following those twelve complaints and ruled that the ad promoted unsafe driving. Both Ford and the country's Cinema Advertising Association appealed their case by arguing that the ad intended "to contrast the everyday frustrations of work life with the freedom of driving a new Ford Mustang." They pointed out that the Mustang never topped 15 mph during filming, that it's a loud car with a rumbling V8, and that the term "rage" in the poem "was not used to communicate anger or aggression, but passion and enthusiasm."

The ASA disagreed, issuing a final ruling this week that officially bans the ad from being shown in its current form anywhere in the United Kingdom. Essentially, the Authority believes that the setup is telling people to vent their anger through driving, "which put[s] the driver, other motorists and pedestrians at risk." It also ruled that the final shot of the Mustang driving up the garage exit ramp was a little too spicy for the British palate.

Ford wasn't the only car company that found itself on the business end of the ASA this week—both Fiat and Nissan also saw commercials nixed for allegedly promoting dangerous driving.

This BMW Ad Was Banned In the U.K. For Promoting Dangerous Driving

The ad shows nothing more than cars driving normally in various slippery conditions.

A man reading the text “I’m bored without you” while driving, led to a breach of something called ‘The Highway Code.’