An impatient dealer sold Gail Brown a Mustang...Two days before the car was even revealed at the 1964 World's Fair. 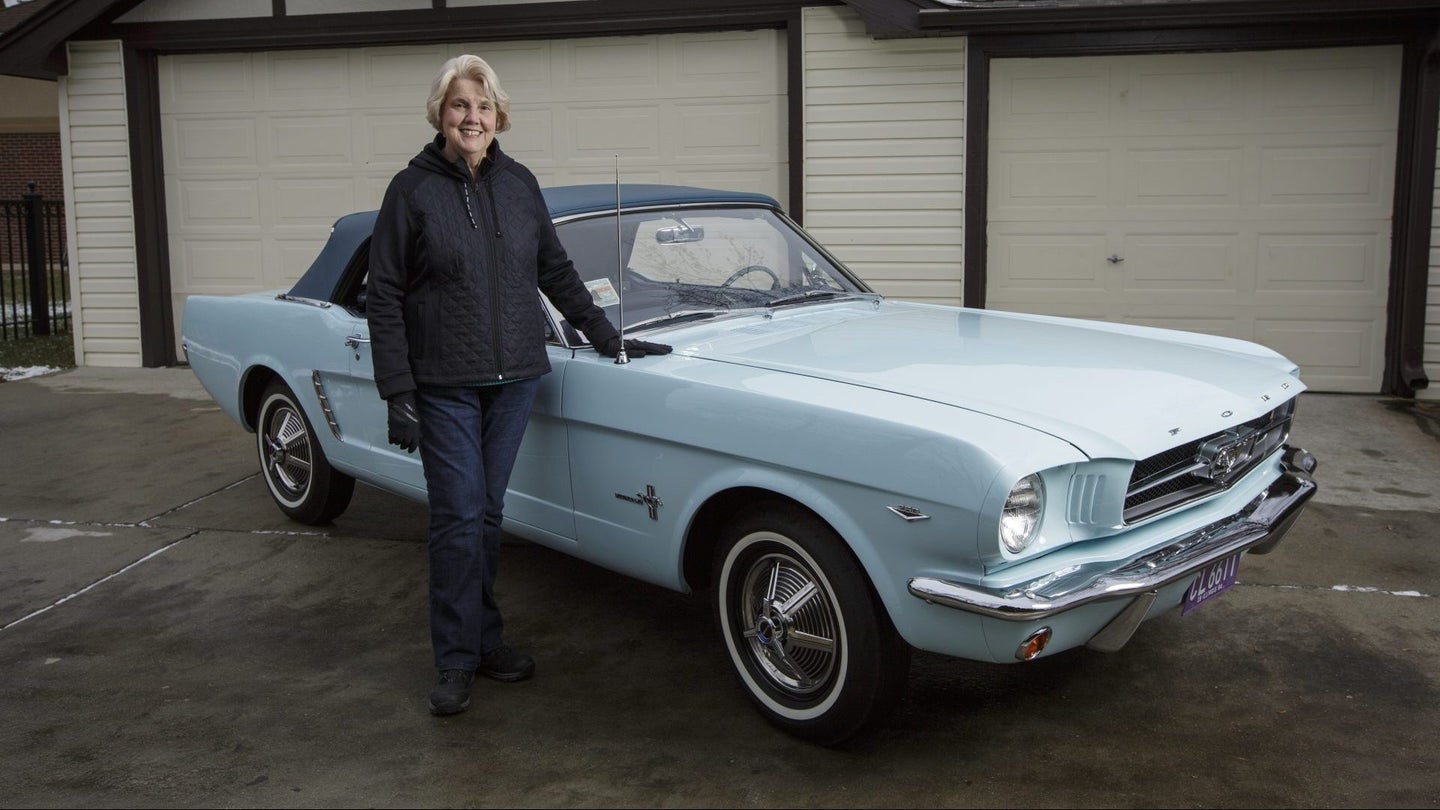 In 1964, Cleadis and Helen Brown ventured out to a Ford dealer with their daughter Gail intending to loan her money to buy a convertible to celebrate her new job as a third-grade teacher. The salesman had none in the showroom, but ushered the family to a back room, peeling the tarp off a 1964 Ford Mustang convertible, which wasn't supposed to be seen by the public for another two days. Gail handed over the $3,447.50, and unwittingly became the first-ever member of the public to buy a Ford Mustang.

"I'd like to ask them questions," Gail said of her parents in an interview with Detroit Free Press. "We went out on Wednesday, April 15, 1964, to buy me a car. Right in the middle of the week. They worked such long hours."

Gail married Tom Wise two years later, taking his name, and the Mustang served as their family car for 15 years, eventually retiring to the garage with mechanical problems in 1979. The couple considered scrapping the car, but it remained there until Tom retired, and while searching online for parts to restore it to running order, Tom stumbled across someone boasting that they were the first-ever buyer of a Mustang, on April 16, 1964. A quick run through the car's papers confirmed it: Gail's was the first Mustang sold.

"We had everything," Gail continued. "We didn't know it was anything special. But we kept the new car invoice, the registered owners manual. Tom's a saver."

The pony car's explosive popularity in the 54 years since its launch pushed the Ford Mustang past the 10-million-built milestone earlier this month, and though it may not be a rare Shelby GT500 Super Snake, Gail's Mustang is still among the most valuable Mustangs in history, appraised by Hagerty between $350,000 and $450,000.

"It can be difficult to place a specific value on such a unique car and story," explained Hagerty spokesman Jonathan Klinger in an interview with Detroit Free Press.