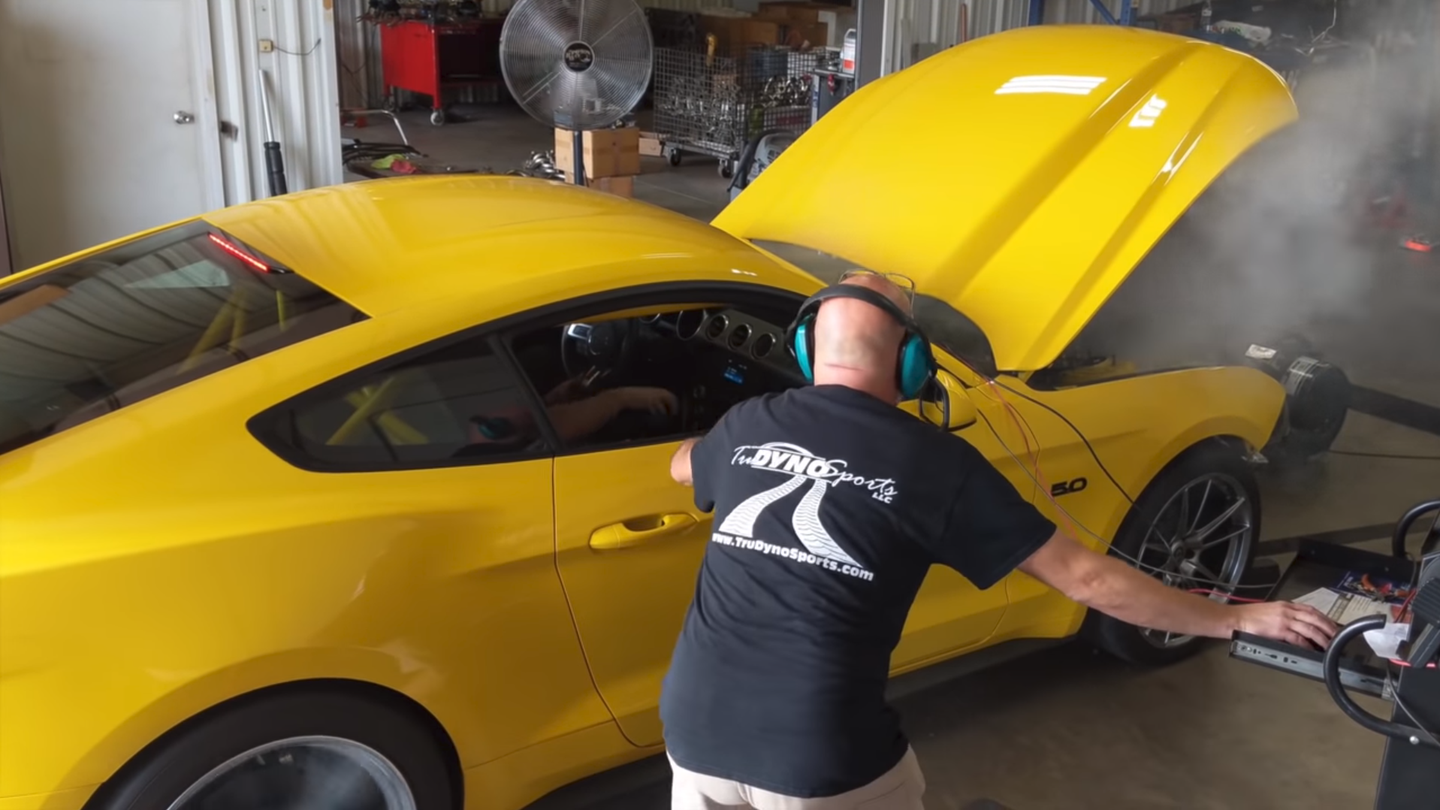 A heavily modified 2018 Ford Mustang GT named Honey Badger was putting down very impressive numbers on the dyno and at the drag strip until tragedy struck. It flew too close to the sun with aspirations of four-digit horsepower at the wheels which was achieved mainly thanks to a twin-turbo setup.

There’s just one problem; the engine was way too stock aside from the twin turbochargers. Since a stock 5.0-liter Coyote V8 was only born to make a little less than 500 horsepower, the engine isn’t going to like it when that number is doubled. In the YouTube video below, this particular Coyote shows its distaste for excessive boost when it blows up (skip to the 6:50 mark to see its final dyno run).

“Not sure what happened, but we made a thousand horsepower...once,” says the crestfallen owner of Honey Badger. Not to add insult to injury, but we think we know what happened. You asked an engine to make more than double the horsepower that it was intended to make and it exploded. This guy literally added more and more boost to the engine until it blew up. You can watch a video with a thorough autopsy of Honey Badger below. Spoiler: there were multiple holes in the engine block.

Let this be a cautionary tale to you muscle car enthusiasts and drag racing nuts. The Coyote is a wonderful motor, but don’t ask too much of it or this sad story could happen to you. There are lots of ways to make four-digit horsepower, but it’s a lofty goal that requires lofty (and expensive) modifications.

Happy tuning, and try not to blow up your engine.