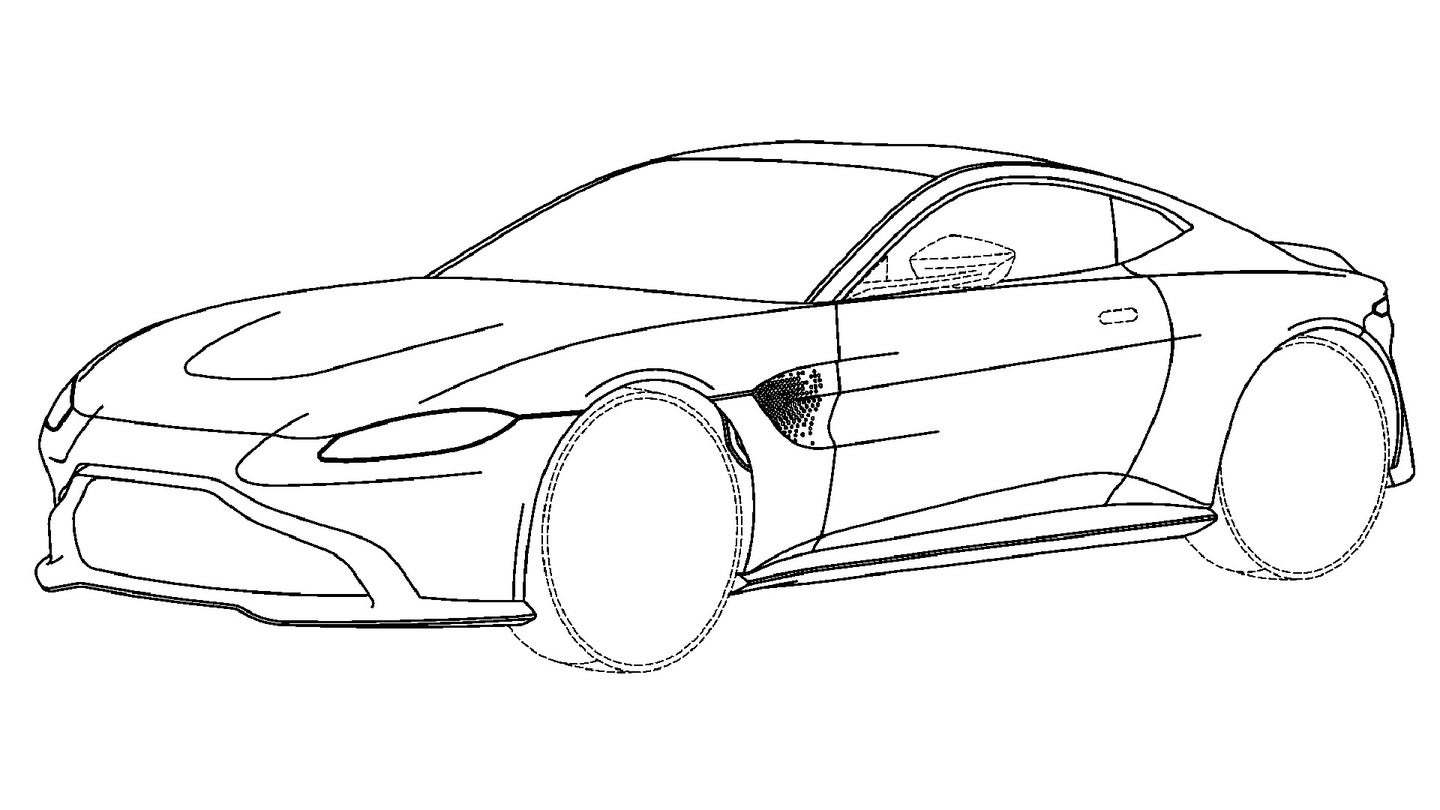 The Aston Martin DB11 may be generating plenty of goodwill for the carmaker these days, but for our hypothetical money, the upcoming Vantage is the Aston Martin that's really worth getting psyched up for. We already know the British carmaker's next Porsche 911-sized sports car is expected to packing AMG's 4.0-liter twin-turbo V8—the same engine Aston just announced it's adding to the DB11 lineup—and will likely pack a choice of manual and automatic transmissions. But so far, any chance of glimpsing the new Vantage's lines has been frustrated by the thick camouflage Aston has slathered all over the prototypes.

Until now, at least. A group of images that show what is almost certainly the new-for-2018 Aston Martin Vantage—at least, in design sketch form—has surfaced online, giving us our best look yet at the future of the British sports car maker.

The pictures, which were filed with the Japanese patent office, were dug up by the folks over at AutoGuide.com. While there's no disguising the fact that it's an Aston, the car is quite the leap from the gracefully-aging lines of the outgoing Vantage. The front end looks like a blend of the DB10 used in the last James Bond movie and the track-only Vulcan supercar, while the tail looks a fair amount like the new Fisker EMotion electric car. The profile and top view, however—they're pure Aston Martin.

Considering the DB11 has been out for more than a year and the convertible version isn't expected until 2018, we're betting the new Aston Martin Vantage will make its official debut this year. Well...we're hoping as much.