Only five of these special-edition V12 Vantage models exist. 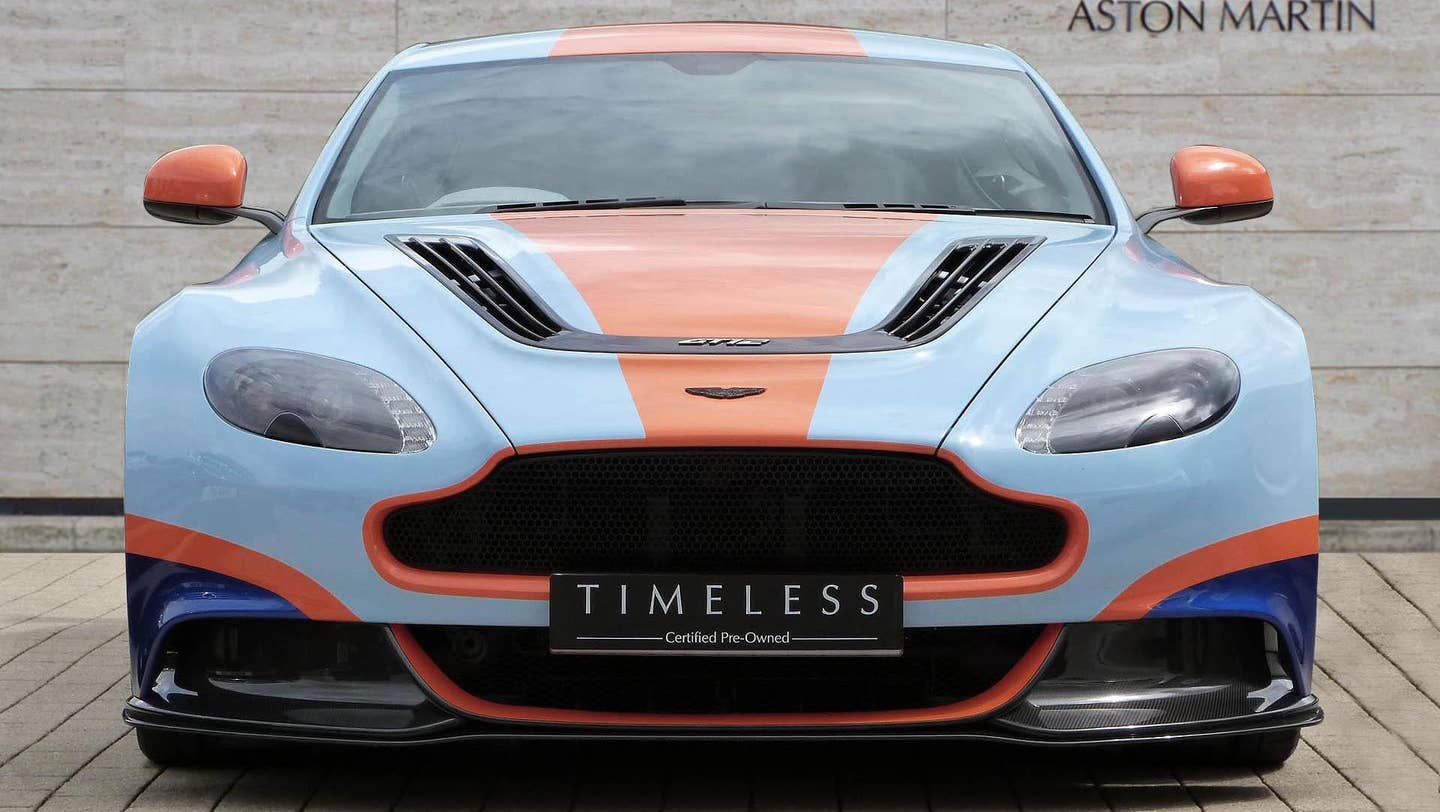 The Aston Martin Vantage GT12 is a rare bird. The good people at Gaydon stamped together just 100 examples of this race-inspired special edition, all of them with the company's famed 6.0-liter V12. Here, it's rated at 592 hp and 461 lb-ft of torque, running through a seven-speed automated manual with paddles. Zero to 62 mph takes just 3.7 seconds. Top speed is a heady 185.

But there’s an even rarer version of the Vantage GT12, seen here. It maintains the same wild aero package, suspension upgrades, carbon trimmings, and big firepower under the hood. The trick is in the paint: To commemorate its 24 Hours of Le Mans program, Aston Martin built a limited run of GT12s wearing the iconic Gulf Racing livery, straight from the factory. Just five examples were produced. Now, one of them is up for sale.

The car is located in Cheltenham, England, in the Cotswolds, and has just been listed through Timeless, Aston Martin’s in-house certified pre-owned sales program. So you know this Gulf Edition GT12 sorted. It’s only got 850 miles on the odometer, and, yes, it looks the absolute business in that powder-blue-and-marigold scheme.

Original pricing at launch, in 2016, came in around $315,000. But this is one of Aston Martin’s most desirable modern special editions, a true collector car, which means you’ll pay a premium. How does the equivalent of $551,032 at current GBP to USD exchange rates, sound?

Like too much, until you hear this. Then, somehow, shelling out more than a half-million dollars seems a lot more reasonable.