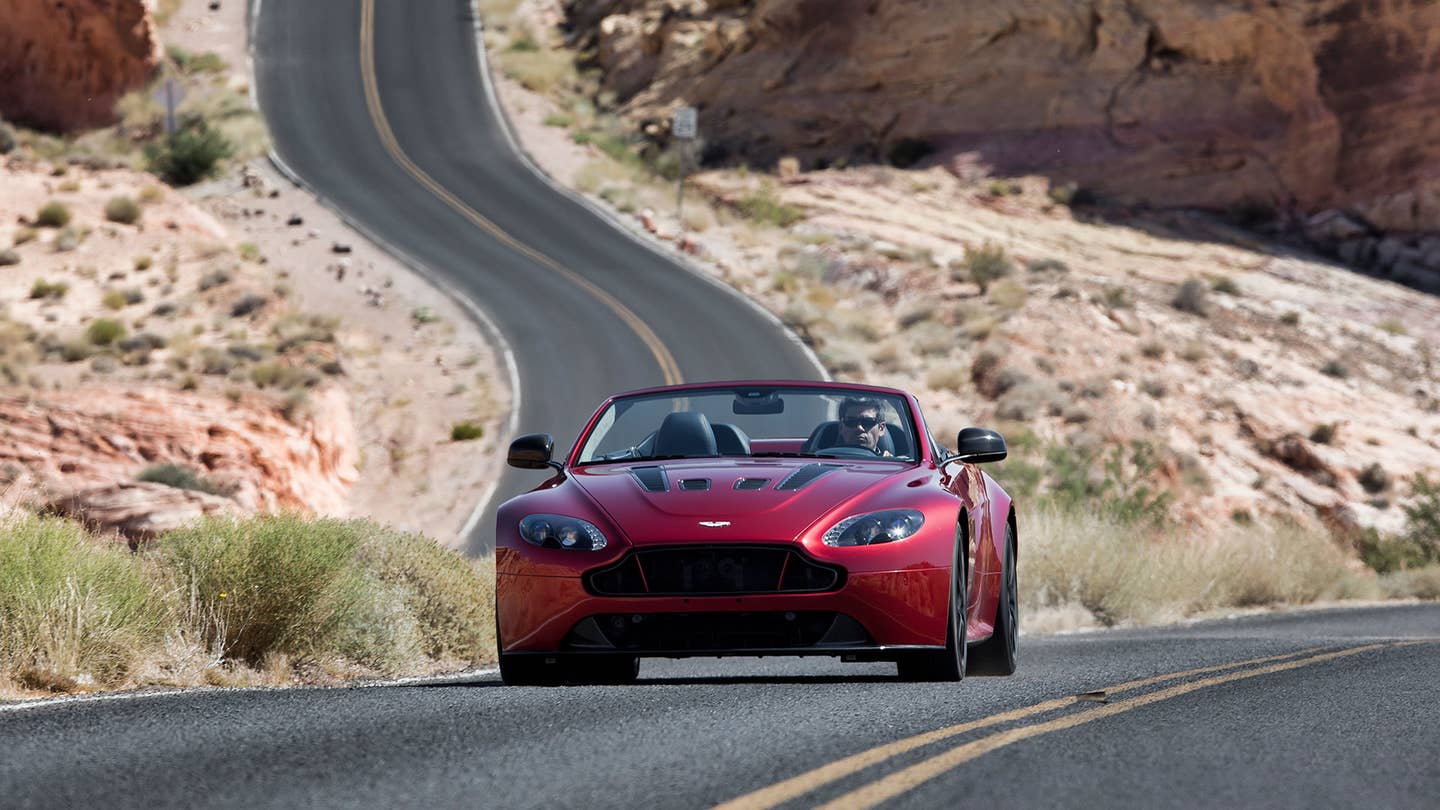 The Aston Martin V12 Vantage S – a union of the company’s biggest engine in its smallest car – is a touch uncouth yet totally outstanding. A tight fit, corrugated manners, and enough 6.0-liter V12 heat soaking into the footwell that you could cook a pudding do not keep us from loving it with all of our innards. If an image sent to us by a mysterious source is to be believed, this English object of our unqualified ardor is about to get better: we are being sold – or trolled – on the coming of a seven-speed manual limited to 100 units for the US and Canada.

When launched in 2011 Aston Martin fitted the V12 Vantage with a six-speed manual, said gearbox mastered via a solemn chunk of sculpted aluminum that could have come from the bridge of the HMS Invincible. That went away in 2015, the only transmission available since being the seven-speed Sportshift III. A so-called “automated manual,” it imparts the tidal sensations of shifting for yourself without the actual joy of shifting for yourself.

Aston Martin has already said it wants to be the last manufacturer to offer a manual transmission, and its coming lineup of cars will mate Mercedes-AMG engines with manual shifters. As an early salvo, the reinstatement of that billet haft and the chance to dance across three pedals, plus one more gear, would make the V12 Vantage S a peerless beast. Better still, the images handed over by our source indicate a dog-leg gearbox, with first gear low and left. It's a sensation seeker's dream, as the layout improves shifting between the often used 2nd and 3rd gears. The purist, six-speed Porsche 911 R might be a revelation, but it won’t possess the feral charisma – that “ultimate analogue experience” – of the English belligerent.