High levels of interest lead Aston to produce the concept for the masses. By which we mean 99 rich folks. 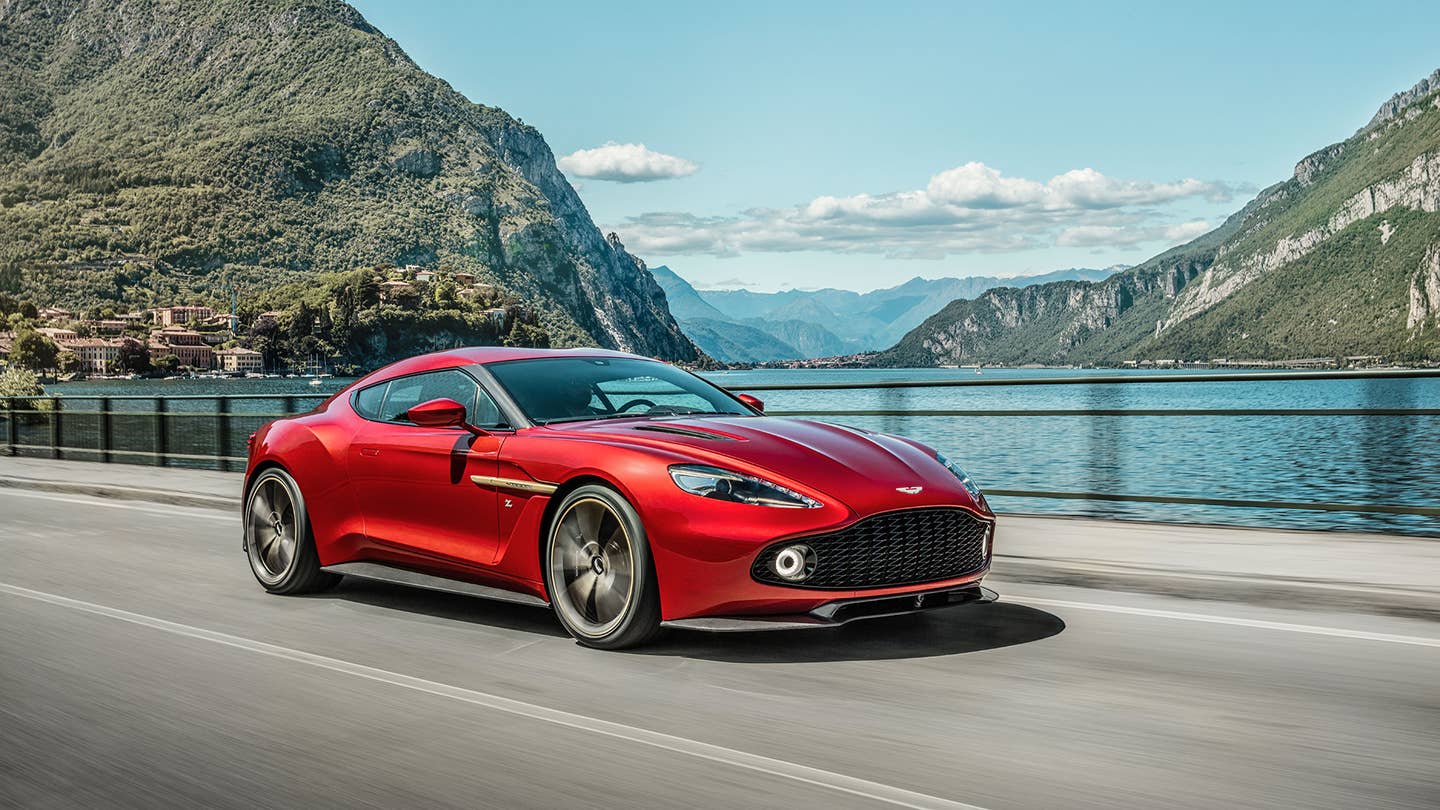 This May, Aston Martin and Zagato showed off their fifth collaboration, the Aston Martin Vanquish Zagato, at the Concorso d'Eleganza Villa d'Este on the shores of Italy's Lake Como. While the sports car was introduced as a concept, the Vanquish Zagato roiled up so much demand among the event's wealthy attendees that Aston decided to make it a reality. Today, the carmaker has announced it will be building exactly 99 examples of the bespoke grand touring coupe, each to be built to its owner's exact specifications. The only constant? That rakish, classically-Zagato roofline.

Zagato is a coachbuilder, and as such, the Vanquish Zagato's body will be the main attraction of the car, as it was for previous projects like the DB7 Zagato and V12 Vantage Zagato. (The Aston's drivetrain, a 576-horsepower V12 good for a 3.5-second sprint to 60 mph, does pick up a dozen horsepower during Zagato-fication.)

The entirety of the body will be shaped in carbon fiber, whose strength allows larger panels and fewer "split lines," creating a seamless shape. As has been historically the case, many of Zagato's changes are concerned with the roofline and rear end. Like the V12 Vantage, a pointed rear bustle is combinated with blade-like tail lights, while the windshield wraps around in what Aston calls a "visor" effect—we see a touch of wraparound sunglasses. Of course, the roof is curved into a Zagato "double-bubble," a feature originally constructed to accommodate two racing helmets in an aerodynamic and sultry fashion.

Inside, Zagato has fitted some herringbone fabrics and bronze knobs—a metal which the 99 Vanquish Zagato owners-to-be might find needlessly pedestrian, when fancier substances such as platinum and palladium are within their fiscal grasp. Deliveries will begin in the first quarter of 2017, and while putting out a limited-edition Aston Martin is hardly a populist move, we're thrilled to see such a spectacular concept car take to the roads. At least...to the access roads. Of villas. On private mountains. In Switzerland.

The Vanquish Zagato's price will be unspeakable.