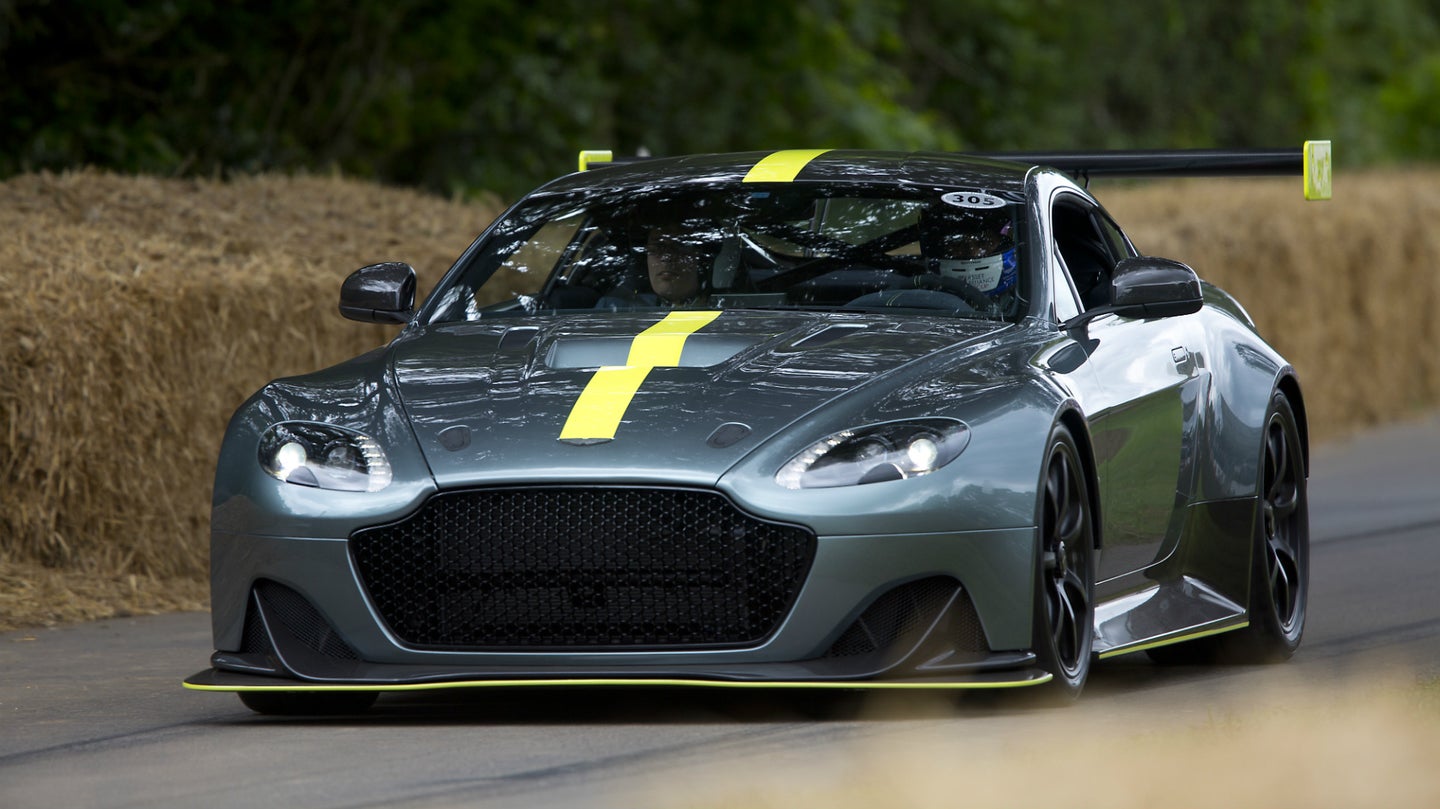 When you suppress anything within yourself, be it an emotion, a thought or idea, or even a fart— it does not disappear with a poof. That's not how the human mind (or colon) works. It will simmer in the subconscious, becoming more volatile every time it tries to escape, until finally bursting forth with stunning ferocity. The reason why I mention this is because I need to talk about Aston Martin. To call the styling and design of past Astons anything other than conservative would be dubious. Aston Martins have never been ugly cars, but avant-garde? Exclude the Lagonda, and you've got a history of cars that are pretty, but not aesthetically adventurous.

The DB9, for example, is a car that was beautiful when it was new, and will remain beautiful forevermore, but it is a conservative design. Aston Martin boasts about how it was based upon the Golden Ratio, an ancient belief that a ratio of approximately 8:5 has aesthetic appeal. With how well the DB9 has aged, nobody can fault their rationale, but it's clear they were holding something back. Something nutty.

In the last few years, however, Aston Martin has been unable to maintain its straight face any longer. While the One-77 was a shocker, it was only the beginning of their foray into their repressed insanity. They have since stumbled from their closet, offering cars like the alien Vulcan, the silver screen-confined DB10, and the Valkyrie, a hypercar developed with the aid of winning Formula One team Red Bull Racing. Their AMR sub-brand, reminiscent of Mercedes' AMG or BMW's M divisions, is applying motorsport technology to the Rapide sedan and Vantage sports coupe, resulting in the Rapide AMR and Vantage AMR Pro.

The Vantage AMR Pro doesn't just look the part of an asylum inmate, with its gaping grille and glowing highlights, but it sounds like what would happen if you gave six dozen anarchists access to the nuclear arsenals of the world. It might as well be driving over bubble wrap for all the noise it makes when off the throttle. Don't believe me? Watch the video below. You'll see what I mean.

Andy Palmer did not mince words about Britain’s plan to ban internal combustion engines by 2040.