Brace yourselves, a hardcore and convertible versions of Aston's flagship GT are coming soon. 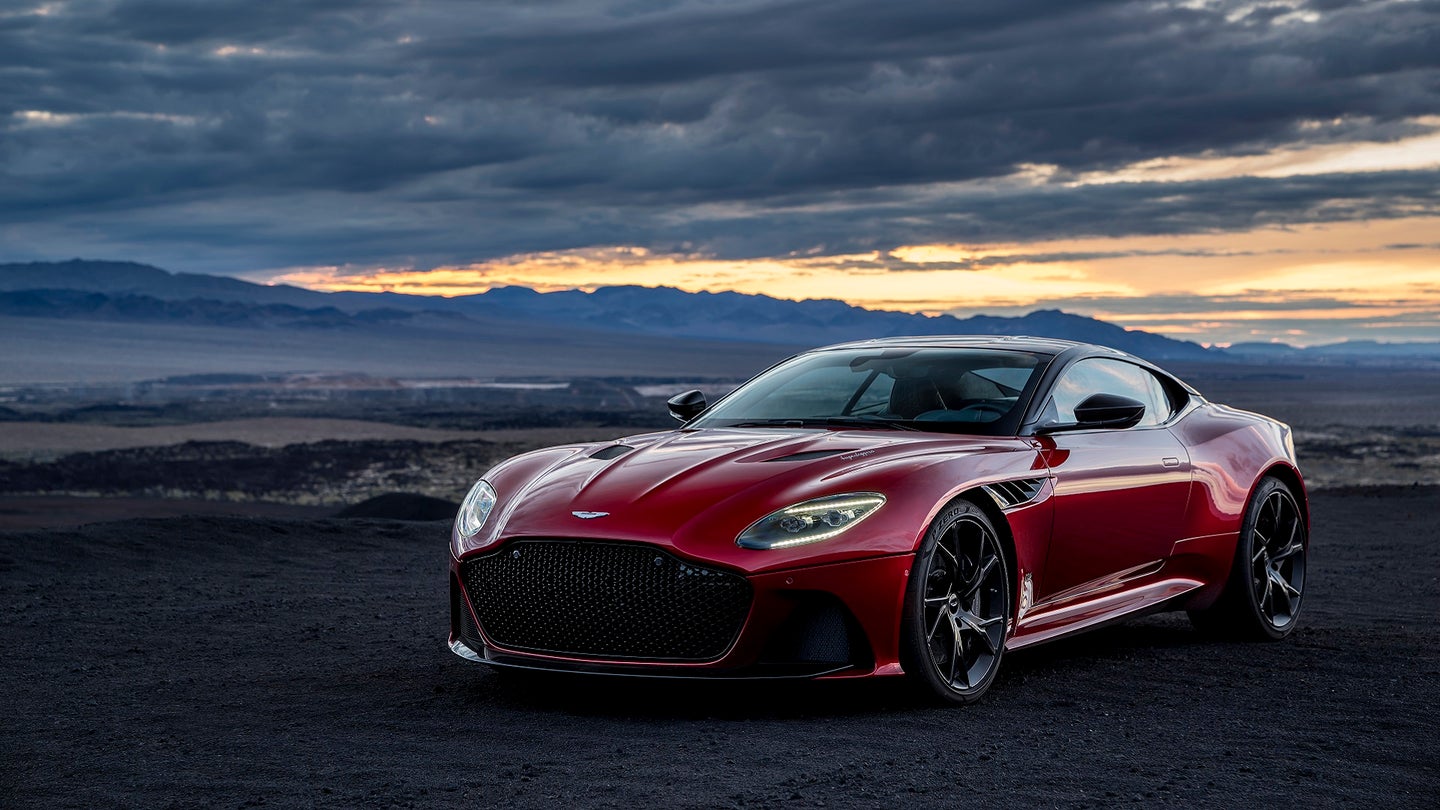 Aston Martin CEO Andy Palmer has confirmed to Autocar that high-performance and convertible variants of the DBS Superleggera are indeed in the works. As per the rest of Aston's lineup, the hot and drop-top Superleggeras will carry the AMR and Volante suffixes, respectively.

"I'm on record as saying that there will be an AMR version of every car, so you can take that as read, and the Volante is a given. In fact, testing has already begun," Palmer told the British publication. The Aston boss goes on to say that the AMR may boast even more torque than the standard DBS—a car that already pumps out an impressive 664 pound-feet of twist.

"The standard DBS Superleggera is designed to be a car that anyone can drive without feeling intimidated, but the punch it packs from that torque is what sets it apart," said Palmer. "It is a sensational characteristic that every driver can enjoy. But the engine can be turned up more and it will be on the AMR. As for how much and how, you will have to wait and see."

As for an open-top Volante version of the flagship GT, Palmer calls it a "no-brainer," pointing to the DB11's significantly increased allure once it lost its roof.

"In 2016, we had the V12 DB11. It had 50 percent of the V12 market, which sounds great but isn't a very wide base on which to sell from. As we rolled out the V8, the Volante, and the AMR, we were able to stretch that vehicle's appeal," Palmer told Autocar. "The DBS Superleggera Volante makes a lot of sense. It's fast and purposeful, but it's a car designed to be driven rather than be edgy and intimidating."

Considering how impressed we were with the thrillingly refined, "base" car, color us excited to get our hands on Aston's upcoming hardcore and topless versions.