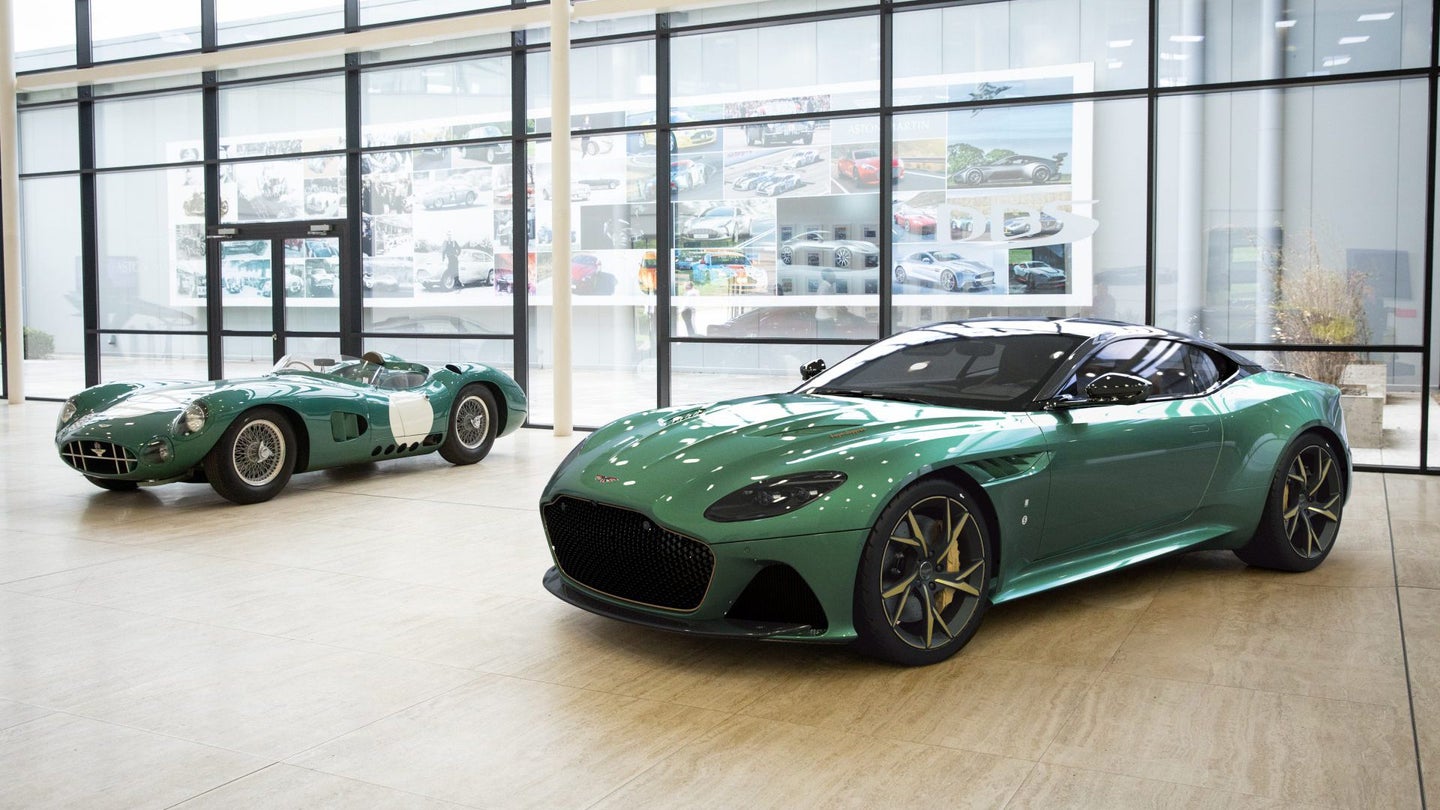 As if Aston Martin's latest well-mannered hooligan wasn't special enough, the company just unveiled a special edition of its flagship DBS Superleggera dubbed the DBS 59, which commemorates its one-two finish at the 1959 24 Hours of Le Mans that took place, you guessed it, 59 years ago.

Mimicking the iconic DBR1s that helped the British automaker and Carroll Shelby dominate the iconic race, the DBS 59 will rock an Aston Martin Racing Green paint job and a brown leather interior. Glossy carbon bits will adorn the roof and hood vents while bronze grille frames and special badging will further set it apart from the "standard" Superleggera. Rounding out the '50s racing driver cosplay are available period-correct racing suits, gloves, and helmets.

Only 24 DBS 59s will be produced. (Twenty-four cars. 24 Hours of Le Mans. See what they did there?) Each car will be numbered with a small white roundel underneath the fender vents reminiscent of the big white roundel that's found on the DBR1's doors.

"The soft metallic hue of the [DBS 59's] Aston Martin Racing Green paintwork is classy and timelessly beautiful; the level of thought and the detailing is exceptional," said Aston Martin marketing chief Simon Sproule. "My favorite element on the 'DBS 59' are the seat backs that feature fabric inspired by the DBR1 seat material, but there are countless touches that will intrigue and delight."

The Aston Martin DBS Superleggera sits at the top of the company's range of GT cars, packing a twin-turbocharged 5.2-liter V12 that produces 715 horsepower and has a top speed of 211 miles per hour. Hardcore AMR and convertible variants have already been confirmed to be in the works.