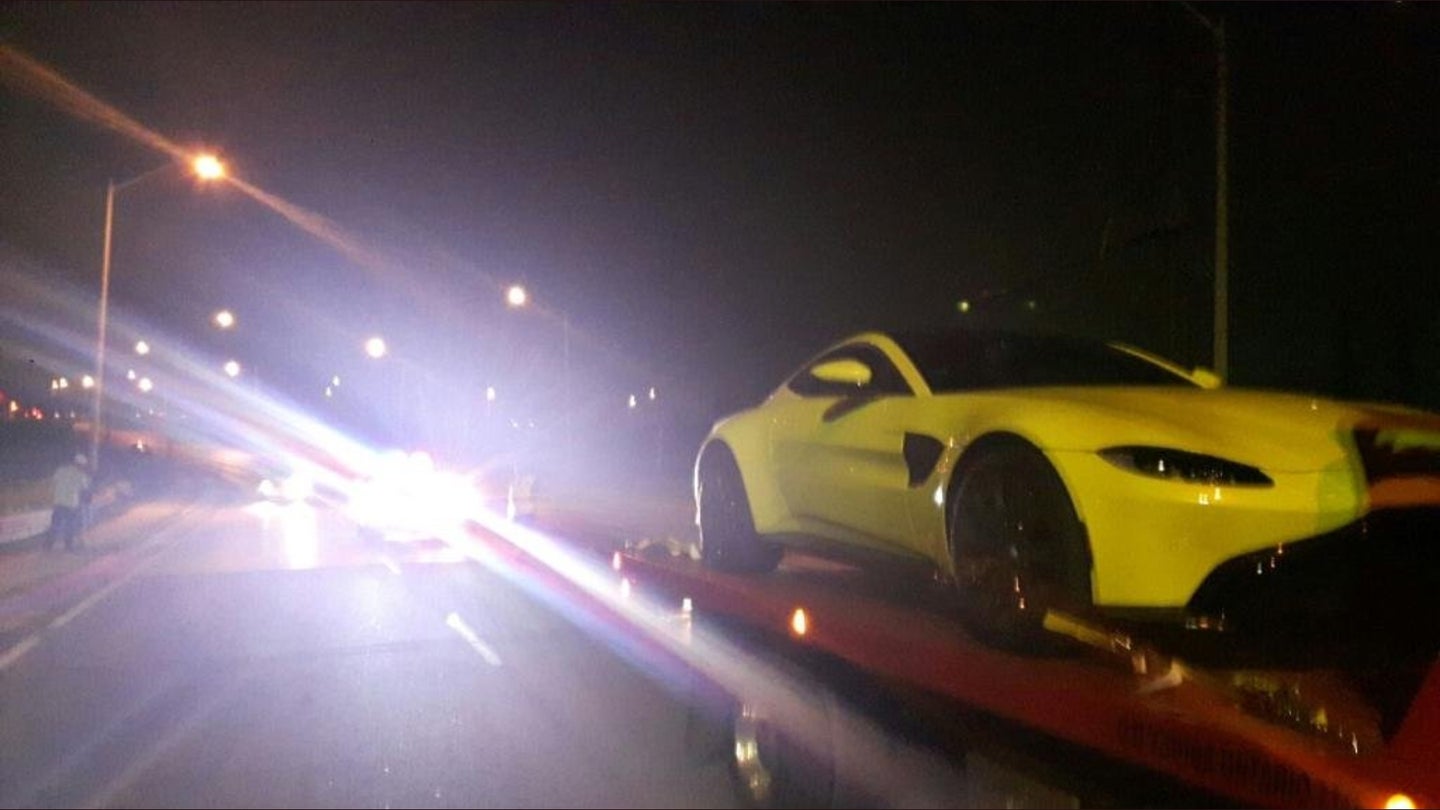 Even though the 2019 Aston Martin Vantage is capable of speeds up to 195 miles an hour, it's really not a good idea to go chasing that top speed on quiet, residential, public roads; something one Toronto-area man found out the hard way this past weekend.

York Regional Police found themselves loading one of Aston's new V8 sports cars onto a flatbed Sunday night after it was clocked going almost 100 miles per hour (98, to be exact) in a 25 mile-per-hour school zone in the city of Vaughan. Caught driving 73 miles per hour over and nearly quadruple the speed limit, the yellow-green Vantage's 31-year-old driver was charged with stunt driving, dangerous driving, and speeding. The car will be impounded for seven days.

In addition to having your car towed away and kept under somebody else's lock and key for a week, anyone issued a stunt driving ticket in the province of Ontario has their license suspended immediately, which lasts for a week. If convicted of stunt driving (or "stunting," as law enforcement officers sometimes like to call it), this overzealous Aston Martin driver can face a fine between $2,000 and $10,000, have his license suspended for up to two years and even spend up to six months behind bars, according to the CBC.

Just last month, Ontario police seized a Nissan GT-R, a McLaren 12C, a Mercedes-AMG GT S, and a Porsche Cayenne on a supercar rental tour near Niagara Falls. Nearly all the drivers in that party were slapped with stunt driving charges as well.