We caught up with Aston Martin’s chief engineer to learn how the manual Vantage AMR came to be—and what it means for the future. 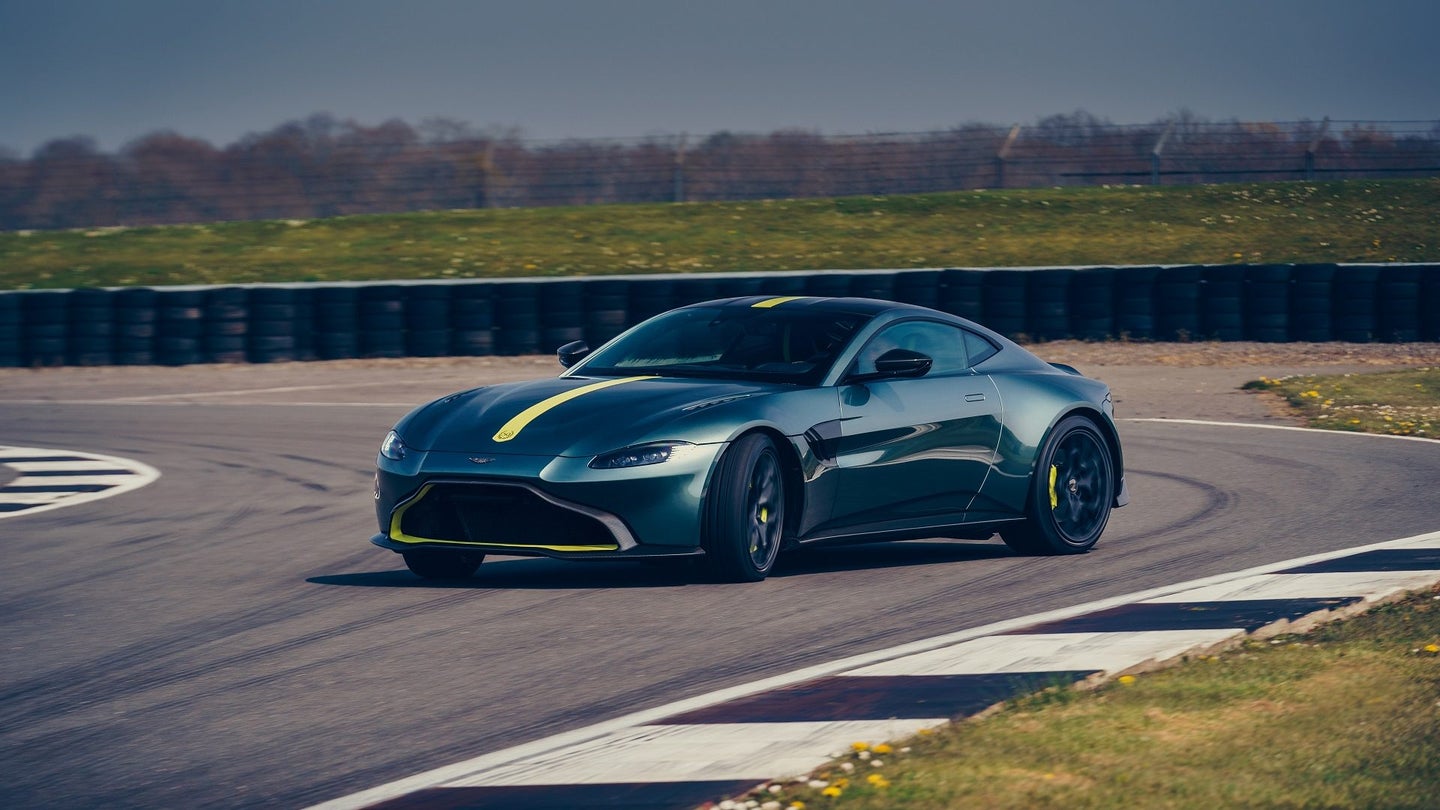 Aston Martin recently unveiled the hotly anticipated Vantage AMR, a racier version of the already dynamically brilliant Vantage. And while the Aston Martin Vantage AMR received a host of interesting changes, the biggest one—and the one we’ve been most eager for—was the addition of a manual transmission.

The Vantage AMR’s row-your-own gearbox makes it the latest in a long line of manually-operated Aston Martins, a dynasty the automaker has publicly committed to preserving. But while we knew a manual Vantage was slated for the current generation, there was precious little information on when Aston Martin decided to continue the stick-shift lineage, what it took to adapt a manual transmission to the Mercedes-AMG-sourced twin-turbo V8, and how Aston Martin succeeded in delivering on its promise.

To better understand the process, we recently sat down with Aston Martin's chief engineer Matt Becker to discuss the development of the manual transmission Vantage AMR. Not only can Mr. Becker reduce technically-heavy engineering jargon to more manageable terms, but he’s also a true driving enthusiast. And that’s something that comes across in the way he talks about the Vantage and the rest of Aston Martin’s growing lineup.

The Drive: Why is it so important for Aston Martin to have a manual Vantage?

Matt Becker: We wanted to maintain a level of driver engagement that our cars always had. I’m not saying that automatics don’t have that engagement, but, for the company, the highest level of driver engagement is to have a manual in our lineup. There are so many cars today that don’t have stick shifts, that it becomes really nice to have one. People want that choice. They want that option.

TD: When did Aston Martin decide that the Vantage would be offered with a manual?

MB: Right at the concept. Let’s say you make the decision that you want the manual further down the timeline, it becomes a lot harder to integrate it than it would’ve been at the onset of the car. We have to consider a third pedal in the design, concept, and platform of the car. We have to make sure the engineering for both right- and left-hand drive applications work. You have to make sure that there’s enough space to integrate a clutch pedal in the footwell.

TD: How did the conversation go when Aston Martin informed Daimler there’d be a manual transmission connected to the AMG-sourced twin-turbocharged 4.0-liter V8?

MB: We have a very close working relationship with Daimler. They need to know what we’re doing. They need to understand our near-term lineup plans to better align our goals. To understand the different applications of our vehicles and their engines. And Daimler had to be involved as this engine doesn’t come in manual application anywhere else. It was a fairly massive challenge to integrate this manual transmission with this engine as it’s never been done before.

TD: Can you speak to that difficulty?

MB: The actual transmission already existed. It is the manual transmission from the previous generation Vantage V12. But it became difficult in terms of the integration of the drive shaft and driveline adapters. We needed to ensure we damped out the driveline vibrations and oscillations to and from the engine. It came down to the mating between that engine and a manual transmission because it had not been done before.

TD: Aside from the vibrations and engine oscillations, were there any big issues mating the two together?

MB: What we always do is we do a lot of upfront simulation with the driveline to make sure that the engine firing order, and the oscillations which come down driveline, are simulated and developed out so as you don’t get driveline noise you don’t wanna hear. And that was one of the biggest challenges was taking this engine and putting it with a manual transmission is to make sure that when you get physical running vehicles, the majority of any potential problems are gone. One of the main factors of this car is driver enjoyment and engagement. What you don’t want are unwanted noises or attributes that detract from that experience.

We’ve now had manual Vantages running for about 18 months to 2 years in physical vehicles.

TD: With the car having a Daimler-sourced engine, has Mercedes-AMG indicated they may want to give a manual to its performance offerings?

MB: It’s a one-way street. They’re fully aware of what we’re doing. But I don’t think they’ve ever driven our car or been close to it. They’re certainly not looking to take this application and put it into their vehicles.

TD: How do you feel the addition of a manual transmission affects the Vantage’s dynamics?

MB: The fact is you’ve taken 95 kilograms (210 pounds) out of the car. Any mass you can take out of a car has a positive effect on dynamics. Once we’ve reduced that mass, then we tune chassis to suit that lower mass. What you have to also consider is a lot of mass removes comes from the middle and rear of the car. Its weight distribution gets a little more front heavy and slightly lighter at the rear. I believe the weight distribution is now 51:49 whereas the standard car is closer to 50:50.

And with taking mass off the back of the car, it actually makes the car want to feel more agile. Which is what we want. We wanted it to feel more engaging because you actually have to shift the gears. But also more agile at the same time to feel more focused.

We also made sure it had AM Shift which the previous Vantage V12S had as well. That’s our own downshift rev-matching feature. What’s great is that it is selectable, so you can switch it on or off. You don’t have to know how to heel and toe, but if you know how to heel and toe, it adds a layer of driver engagement. The other thing you can do with AM Shift is you can flat upshift as well. Right foot flat to the floor, you can engage the clutch and shift up a gear without ever lifting off the throttle. It will perfectly match the revs to the next forward gear going up gear.

TD: We remember swapping drift stories at the Nurburgring, has the Vantage’s driftability been bettered with the third pedal?

MB: It doesn’t really affect it. We tune the cars to be consistent in their balance. What we’ve tuned and achieved with the Vantage is a playful nature. By which I mean, if you have the ability to drift the cars or drive the cars, you can do so in a way that gives the driver confidence. It’s not the sort of car that goes from 0-degree angle drift to 30-degree angle in a millisecond. This is a car that progressively drifts and this manual version has that same level of ability.

MB: No. Everything about the DB11 is designed to be a great grand touring car. We haven’t had any demand for a manual DB11 whatsoever. If they want manual Aston Martin, we’ll push them toward the Vantage.

TD: Will any other car in Aston Martin’s Second Century Plan come with a manual?

TD: How is the development of the Valkyrie and AM-RB 003 going?

MB: The Valkyrie development is going well. The AM-RB 003 is very much in the concept phase. We’re still working on hitting many, many targets. We will start to develop real cars sometime soon. Can’t say when because I’ll be shot [laughs].

Our biggest thing we’re working on at the moment is the DBX. It’s the first SUV for Aston Martin and the majority of my attention is focused on the DBX.