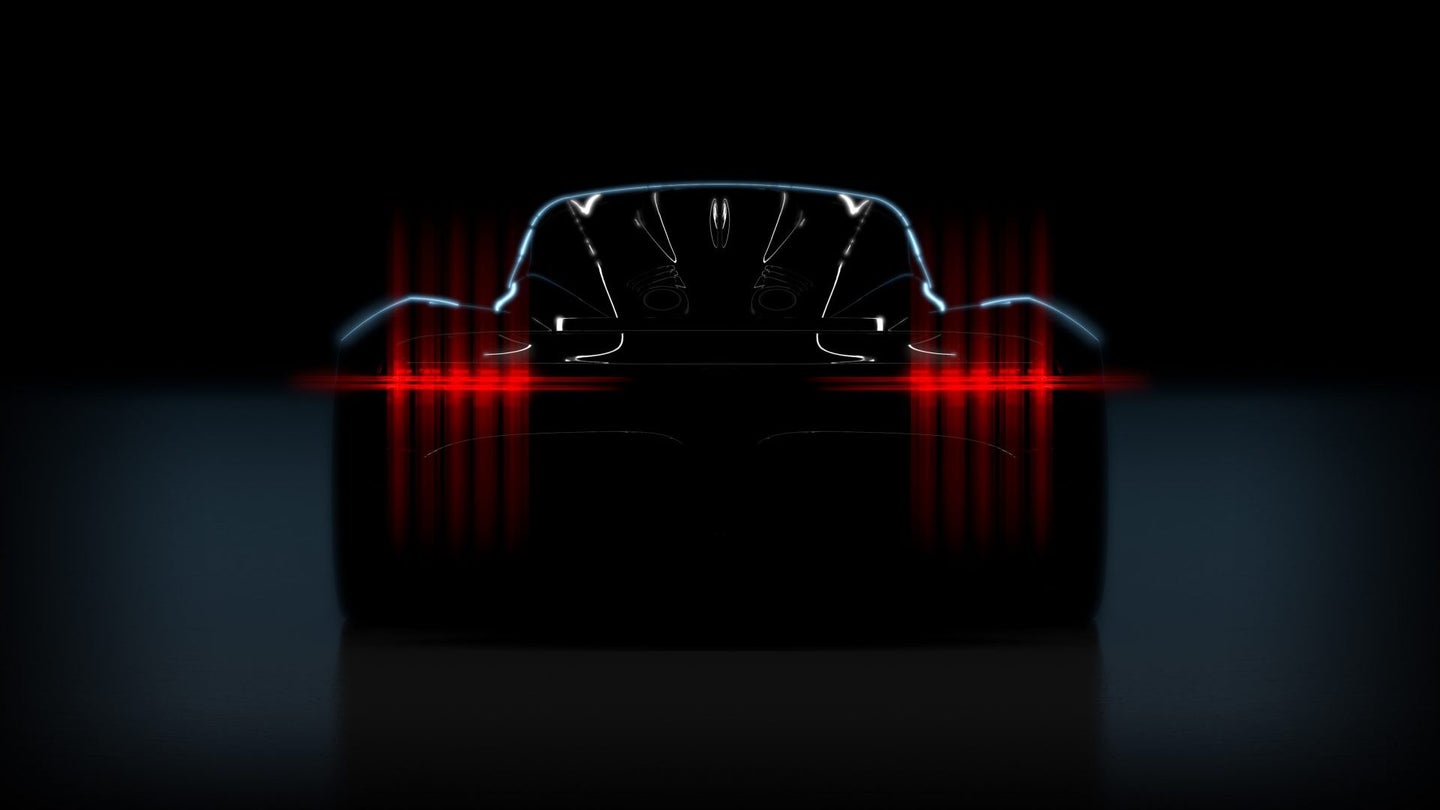 After confirming its existence back in September 2018, Aston Martin is teasing its upcoming Project '003' once again. To recap, the mid-engined hybrid hypercar will drop in late 2021, after the Valkyrie and Valkyrie AMR Pro (hence the 003 designations). It'll feature technology trickled down directly from the Valkyrie and be limited to just 500 units worldwide.

Based on the single shot released of its backside, the 003 will feature a pair of taillights laid out horizontally, a sumptuous-looking hypercar body, and seemingly not much of a rear window. Here's the sketch released in September to give you a vague idea of what to expect from the rest of the car, appearance-wise.

The 003, whatever it ultimately ends up being called, will be built on a super lightweight structure and use a turbocharged gasoline-powered engine coupled to electric motors. Active aerodynamics and active suspension contribute to what Aston claims will be "class-leading dynamics on both road and track."

Unlike its Valkyrie predecessors, the 003 will apparently be quite practical—as practical as a hypercar can be, anyway. Aston says it's designing the car to accommodate "practical concessions to road use, including space for luggage." One suitcase-sized compartment between the seats it is, then. The 003 will also be available in both left and right-hand drive. Whether or not its well-traveled buyers can reserve one in each configuration though is unclear.

Aston Martin boss Andy Palmer said back in September, "It was always the intention for the Aston Martin Valkyrie to be a once-in-a-lifetime project, however, it was also vital to us that Valkyrie would create a legacy: a direct descendant that would also set new standards within its own area of the hypercar market, creating a bloodline of highly specialized, limited production machines that can exist in parallel with Aston Martin’s series production models."

Until the next tease, folks.

The specs are in on the $3.3 million hybrid hypercar’s naturally aspirated powerplant, and it’s 153.8 hp per liter of banshee-like goodness.