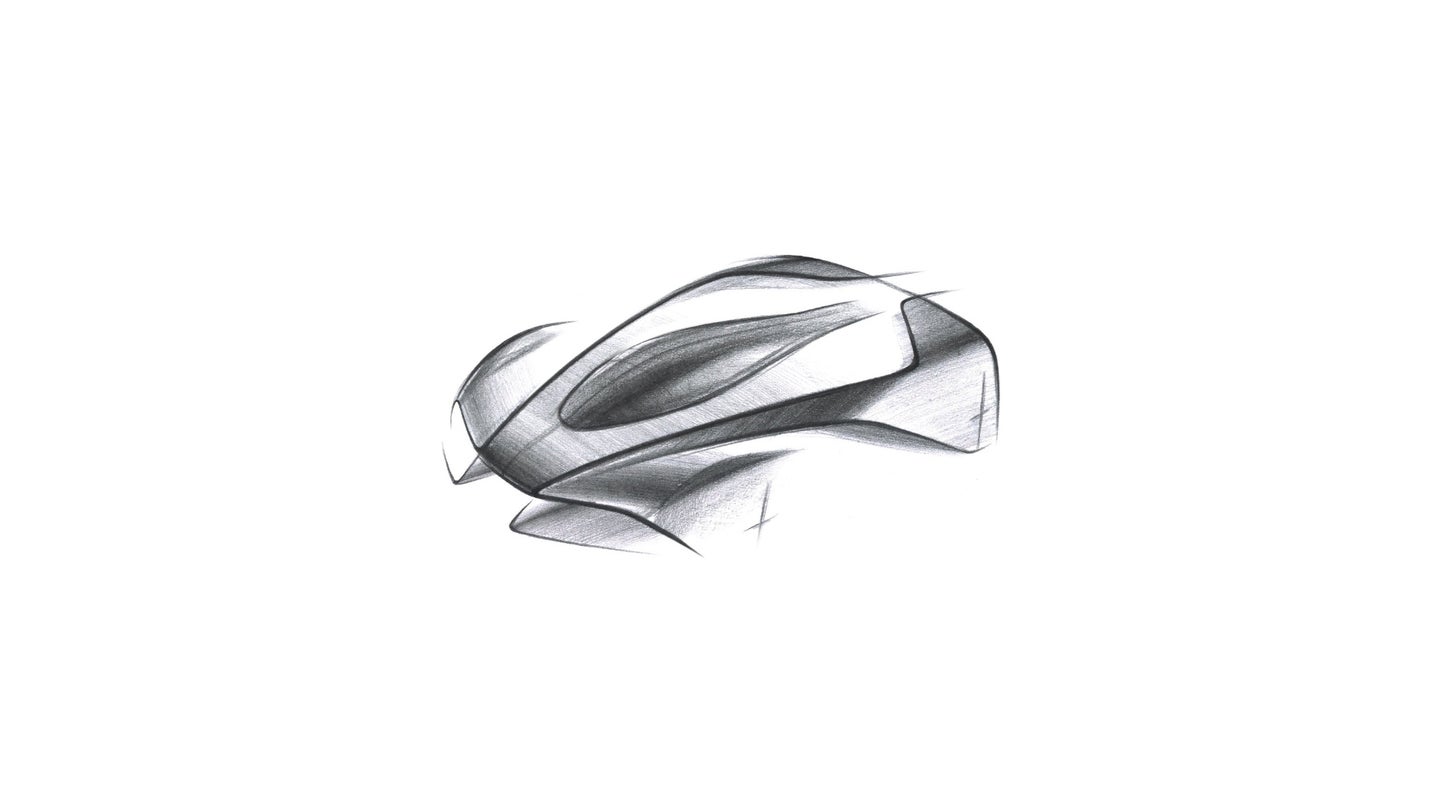 Aston Martin revealed its newest contender to enter the hypercar space by spilling the details about "Project 003," a successor for the Valkyrie (Project 001) and Valkyrie AMR Pro (Project 002). Despite giving us a sneak peek of what it might pack under the hood, the British automaker is keeping things under wraps until the official debut in 2021.

The sketch makes Project 003 look more like a spacecraft than hypercar, and it's clear that the car will follow its predecessors' trend of possessing futuristic, almost racecar-like bodywork. A narrow cockpit is evident, with flowing body lines as well as a plethora of ducting and other aerodynamic items that pepper the vehicle's core design. Unlike its previous iterations, Aston Martin says that Project 003 will be more "practical" for daily driving and even have a space for luggage.

Unsurprisingly, the 003 will continue the modern hypercar trend of hybridization. The car will possess a powerful turbocharged electric-hybrid engine, though official specifications of displacement, number of cylinders, or power output is unknown at this time. Aston does focus on the vehicle being a road-legal driver's car, emphasizing its precision control and connection to the road through to use of its active suspension and aerodynamic design.

“It was always the intention for the Aston Martin Valkyrie to be a once-in-a-lifetime project," said Andy Palmer, Aston Martin's President and Chief Executive, in a statement. "However, it was also vital to us that Valkyrie would create a legacy: a direct descendant that would also set new standards within its own area of the hypercar market, creating a bloodline of highly specialized, limited production machines that can exist in parallel with Aston Martin’s series production models. I’m thrilled to announce that this car is the Project ‘003’, and our next step into a dynamic and exacting arena.”

Only 500 examples of Project 003 will be built and sold around the world, beginning in 2021. No word on pricing as of yet, but a reference of the Valkyrie's $3.2 million price tag could indicate that the 003 won't exactly fit the definition of cheap.

The Aston Martin Valkyrie, the hypercar being developed by Aston Martin and Red Bull Advanced Technologies was first identified by its codename, AM-RB 001.
Aston Martin
MORE TO READ