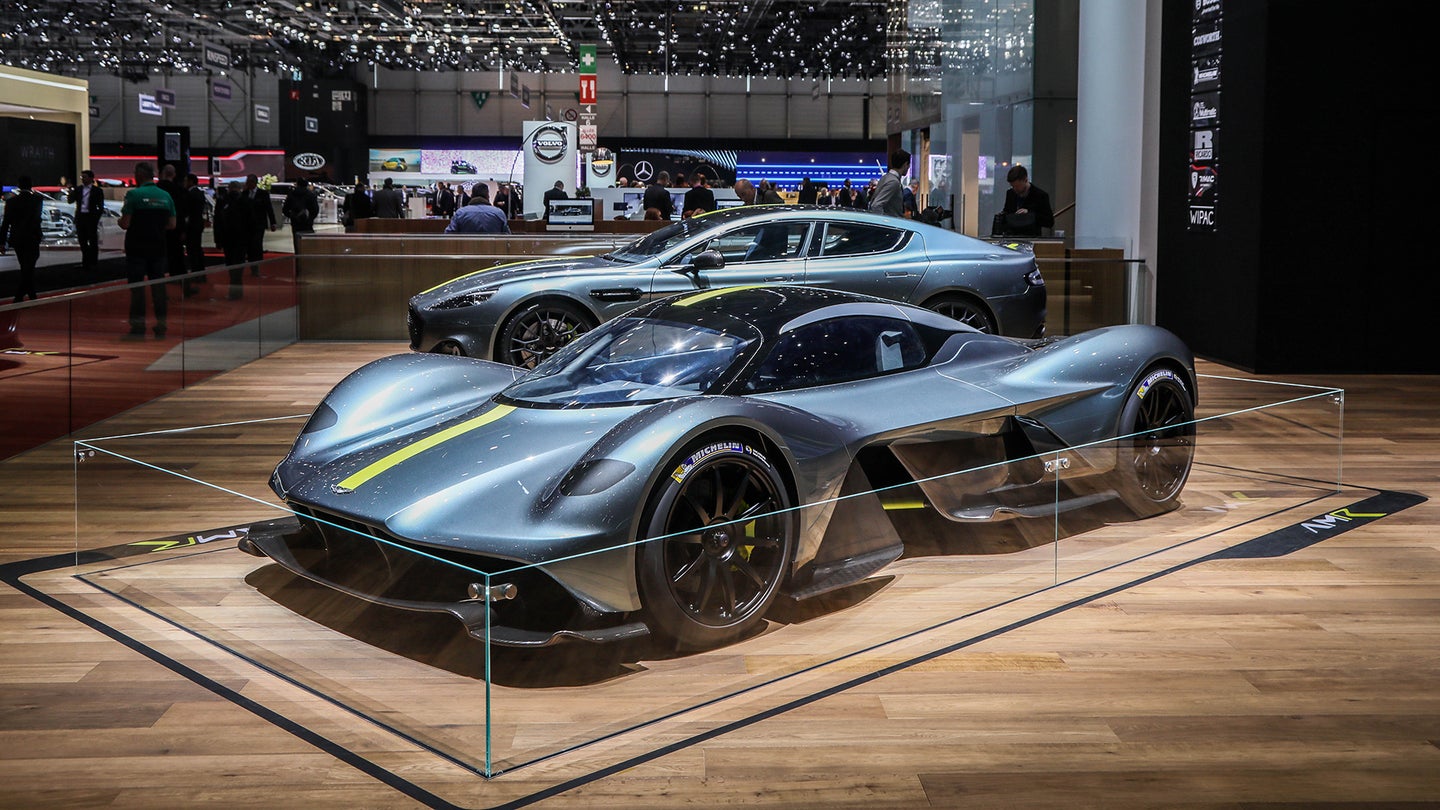 The $3.3 million Aston Martin Valkyrie is one of the most ambitious hypercar projects in recent memory, a moonshot of a machine that's intended to herald in the next chapter for the storied British marquee. It's basically a street-legal Le Mans prototype, and after teasing us with a mysteriously deleted tweet, engine supplier Cosworth has finally confirmed the Valkyrie will have a powertrain to match: a naturally-aspirated V12 in the neighborhood of 1,100 horsepower, making it the most powerful such engine ever used in a road car.

Speaking to Top Gear, Cosworth CEO Hal Reisiger said that the Valkyrie's 6.5-liter V12 is being developed to put out “two to three hundred more horsepower” over any other V12 setup on the market. The 6.5-liter V12 in the Ferrari LaFerrari produces a maximum of around 950 hp when the car's hybrid KERS system kicks in—on a conservative end, Reisiger is hinting at a design that will deliver at least 1,100 hp.

We don't know if he's talking straight engine power or a hybrid total, but either way it's an eye-popping number. No word on that weirdly-deleted tweet either, but hopefully it didn't cost anyone their job.

"[We're] not only responsible for designing the engine but manufacturing, assembling and testing it," Reisiger told Top Gear. "I’m happy to say we are on schedule for that too."

Ideally the rest of the car is too, because Aston Martin is promising some deeply wild stuff here. The car's advanced aerodynamics feature giant undercarriage tunnels (called venturis) that look big enough to hold a body, its infotainment-free interior comes with custom-molded racing seats and a removable steering wheel—and oh yeah, it's already sold out.