From F1 to endurance racing and now monster trucks, Aston Martin plans to do it all. 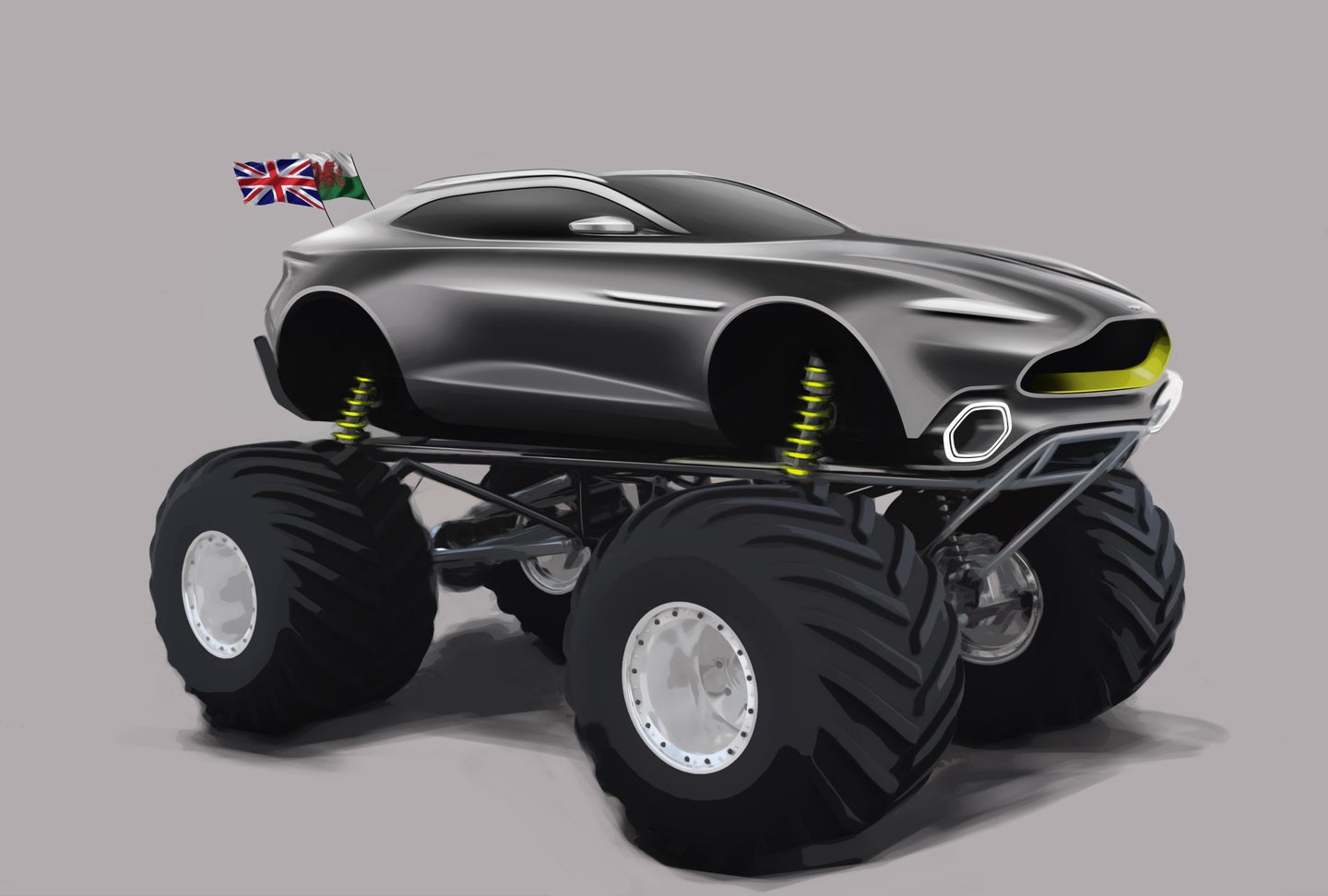 Suddenly, Aston Martin seems to be the center of the automotive world, making a string of announcements. Their latest being a monster truck program called ‘Project Sparta.’

This was indeed going to be a historic year for the luxury British sports car manufacturer based out of Gaydon, Warwickshire, England, as it made public its involvement in Formula 1 racing and FIA World Endurance Championship campaigns, but its entry into the world of monster trucks is something else.

Project Sparta, which has been engineered simultaneously with the brand’s much-anticipated DBX SUV, is set create a big impression in the Monster Jam series from 2019, locking horns with some of the world’s biggest names including Grave Digger, Big Kahuna, Ice Cream Man, and Jailbird.

This big-wheeled bruiser, developed under the guidance of David King, Vice President Special Operations Officer and President of Aston Martin Racing, Project Sparta will be powered by the same 6.5-liter, naturally-aspirated V12 designed for the Valkyrie AMR Pro, churning out over 1,100 bhp, which was showcased at the 88th Geneva International Motor Show. Of course, Sparta is expected to weigh several times the more than the AMR Pro and certainly won't reach anywhere near its 225 mph top speed, but it is sure to benefit from some spectacular ground clearance.

An example of the marque’s "Q by Aston Martin Commission" capabilities, Sparta will be a unique build for one very special customer. And under a request from a customer, whose name is yet unknown, three times Le Mans winner and Aston Martin Racing Works driver Darren Turner will pilot this monster set of wheels in all Monster Jam events in 2019. Is this madness? This is Sparta, a fantastic April Fool's Day prank. Touché, Aston.