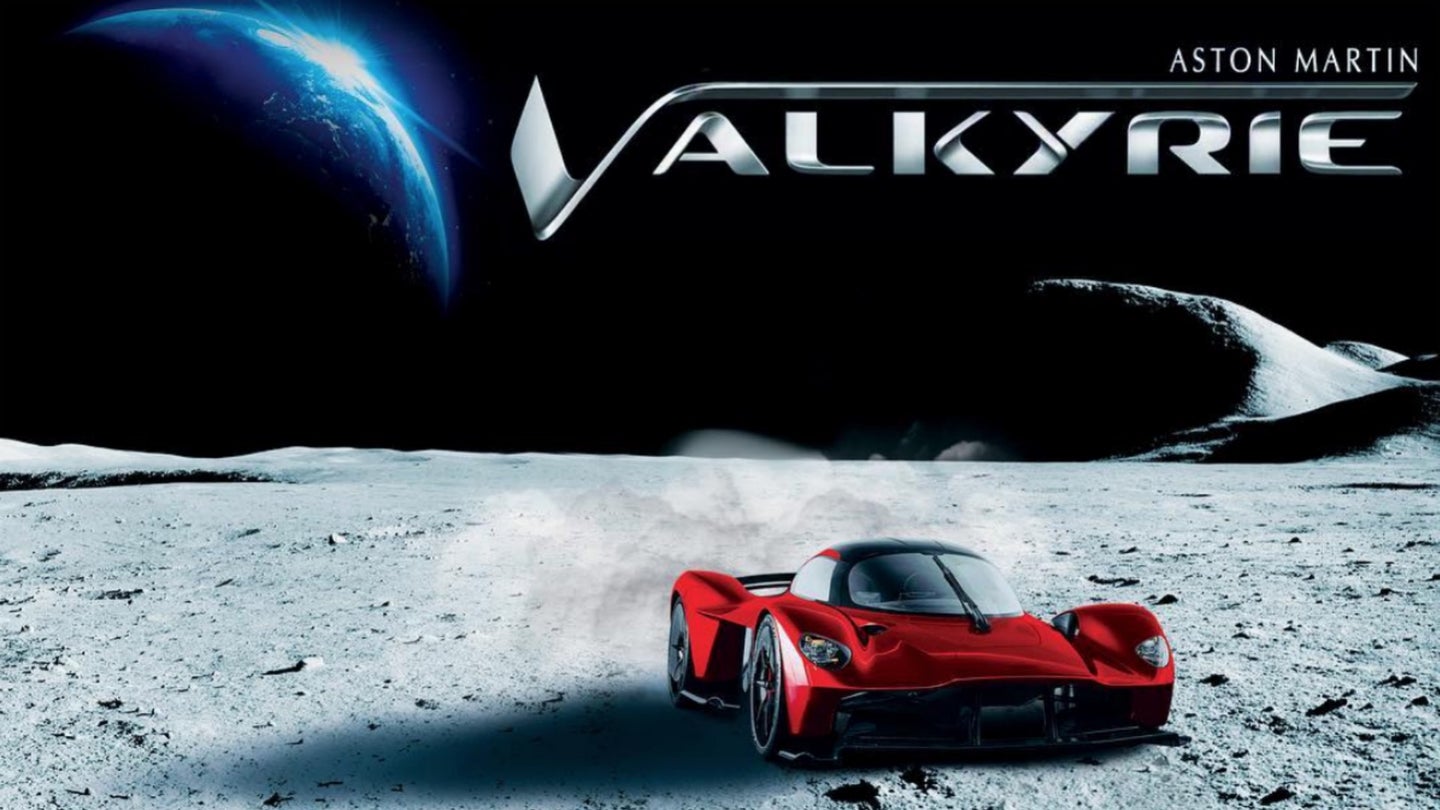 The upcoming Aston Martin Valkyrie is arguably one of the most anticipated hypercars in recent years. It's being developed with help from Red Bull Racing, Michelin, and several other companies, and like its competition, the Valkyrie takes inspiration from Formula One cars. It will also be tailored to each customer's needs, and one customer asked for the moon when he requested a paint scheme for his car, literally.

Instagram user Lamborghiniks bought a genuine moon rock, which he plans to have ground up and embedded in his Valkyrie's Karosserie Lunar Red exterior paint. The lucky owner says he got the idea from Miles Nurnberger, creative director of exterior design at Aston Martin, who mentioned that the car reminded him of a spaceship. The owner won't say how much this otherworldly paint job will cost, but he will chronicle the process when the car is delivered and taken to Karosserie in Pennsylvania.

Owner Kris Singh is well-known in the car community for an impressive collection of rare hypercars. Besides his yet-to-be-delivered Aston, Singh's garage includes at least three ultra-rare Paganis, a Koenigsegg Agera XS, and one of three Lamborghini Venenos in existence.

Singh's science-fiction-inspired car might not be ready yet, but the Valkyrie itself is nearing production form. Aston Martin plans to build 150 road-going examples at 25 track-ready AMR Pros, and the brand says that the former will be the fastest street-legal production car out there. With 1,130-horsepower and a near 1-1 power-to-weight ratio, we won't be surprised if the Valkyrie has the chops to dethrone the mighty Koenigsegg Agera RS.