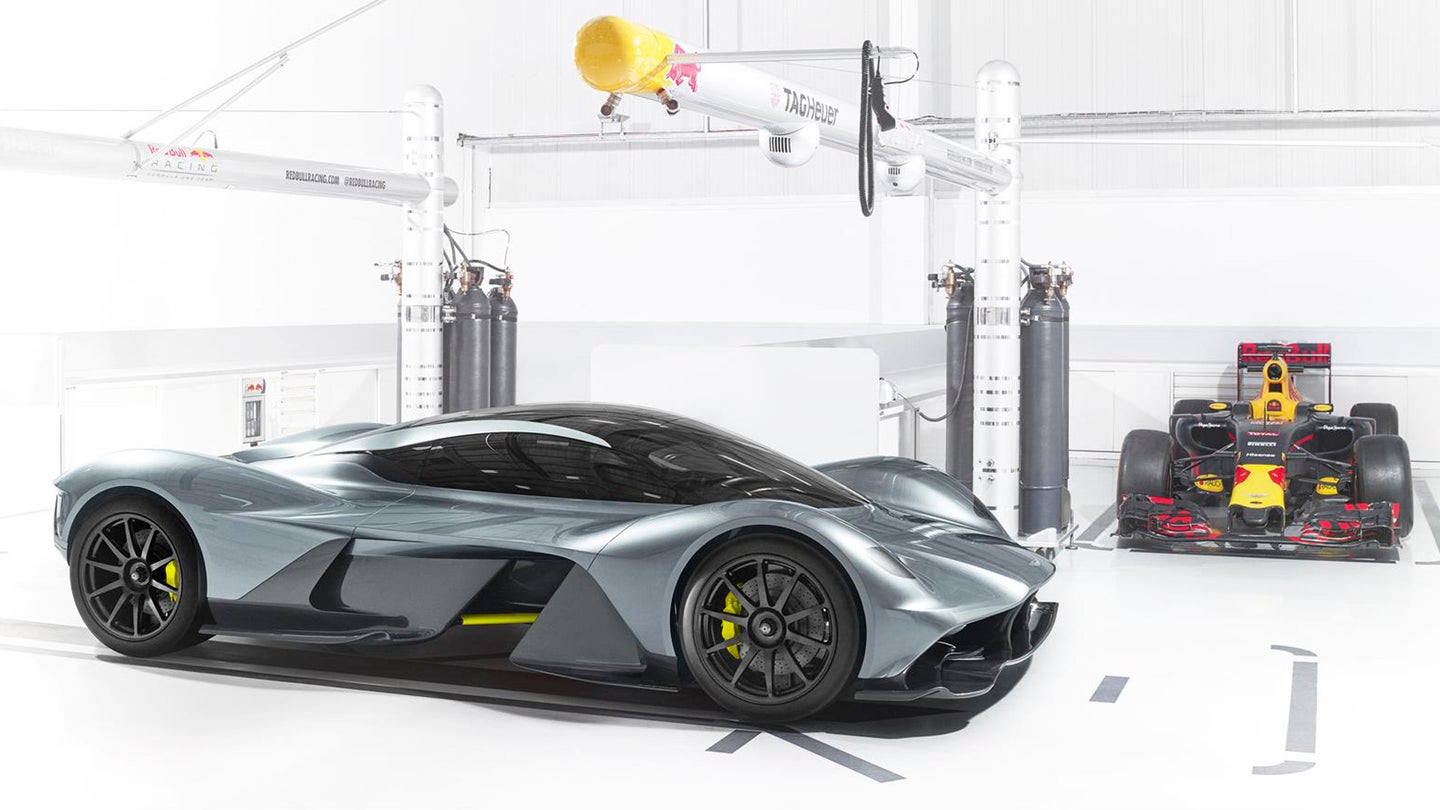 Personalized supercars are nothing new—Ferrari's "Tailor-Made" program has been flying rich folks out to Maranello to pick out thread color for ages, tiny manufacturers like Koenigsegg literally build their cars to order, and Lamborghini's Ad Personam Studio will give you "an infinity" of choices. But now Aston Martin wants to take it to the next level with their upcoming Valkyrie halo car, promising to 3-D scan a buyer's body to create a custom-fitted driver's seat.

CNBC got ahold of Aston Martin Asia Pacific president Patrik Nilsson, who shared the company's plans for building the Valkyrie's bespoke seats. While it might seem like an unnecessary complication, a snug-fitting driver's seat is definitely useful in a hypercar that's aiming for a 1:1 power-to-weight ratio and Formula 1-caliber handling.

With a naturally-aspirated 6.5-liter V12 engine built by the madmen at Cosworth (accompanied by a Rimac hybrid system) pushing around a lightweight carbon fiber MonoCell, a promised 250-mph top speed, and the ability to hold 4.5 g of lateral acceleration in the corners, buyers will need all the help they can get to keep their butts planted in the seat.

The Valkeryie, formerly known as the AM-RB 001, is the result of a collaboration between Aston Martin and Red Bull to create a mid-engined, road-going race car. It will debut sometime in 2019, but don't worry if you missed your chance to snag one of the 175 planned copies; Nilsson added that Aston wants to introduce more specially-engineered models at a rate of two per year in the near future.

The only problem we at The Drive could foresee is if an owner packs on the pounds after one too many spoonfuls of caviar. Then again, given the seven-digit price point, Aston Martin would probably just build them a bigger seat.