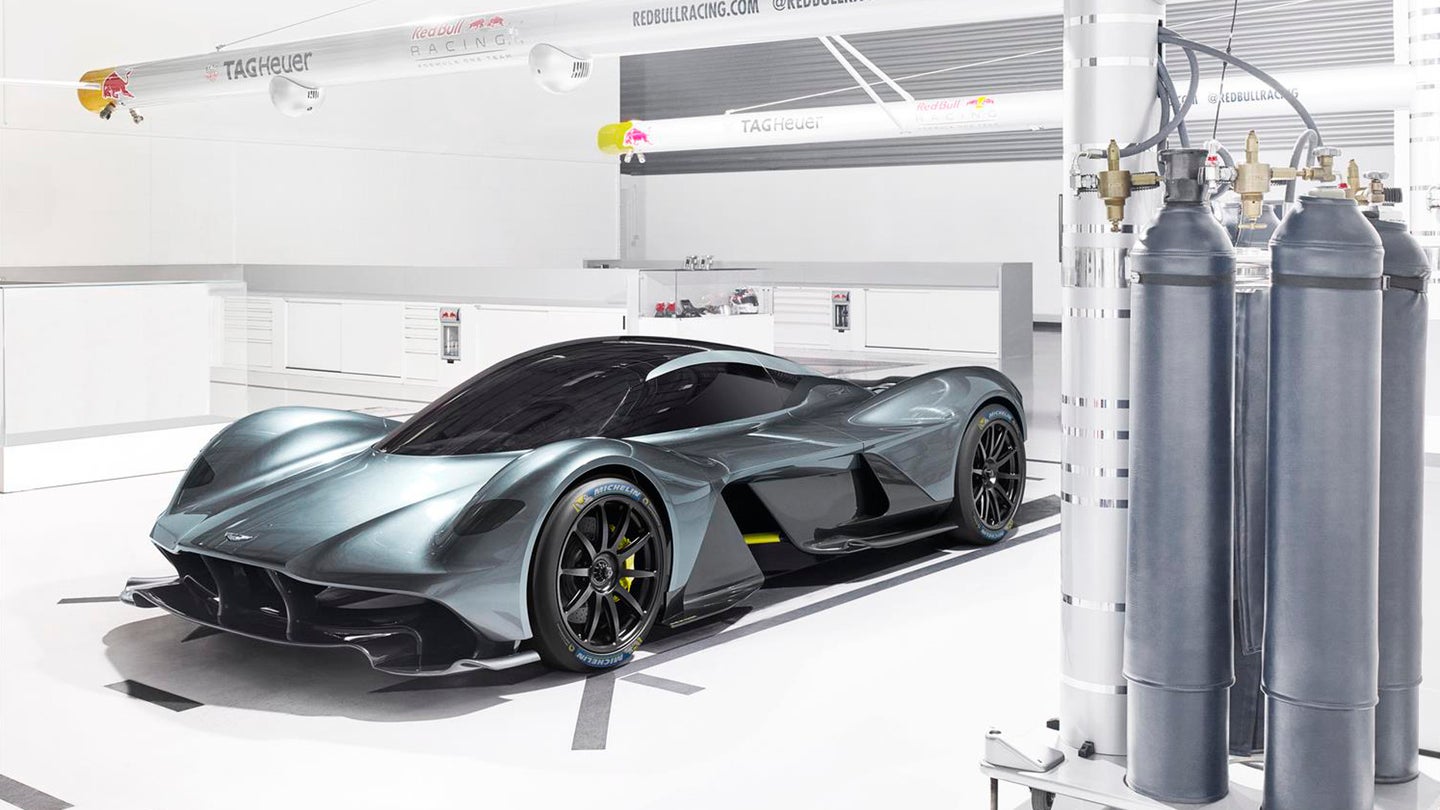 Given it's the result of a collaboration between Aston Martin and Red Bull Racing, we've always expected the upcoming Aston Martin Valkyrie would essentially be a Formula 1 race car in slim fit tuxedo. And according to a new report from Road & Track, that's exactly what it is.

The $3.2 million hypercar will put out 1,130 horsepower, and even though it's a hybrid, 1,000 of those horses will come from the honking 6.5-liter, naturally-aspirated Cosworth V12 alone. The hybrid system itself will be an F1-derived kinetic energy recovery system built by Rimac, the same company behind the recently-destroyed Concept_One.

And at a reported 2270 pounds, it would appear that Aston Martin and Red Bull managed to eclipse their ambitious goal of a 1:1 power-to-weight (in kg) ratio. This was accomplished in part by using a featherweight carbon fiber MonoCell in the cockpit, but they've also stripped down the interior to the barest essentials, ditched wing mirrors in favor of internal screens, and fixed the windows in place.

That doesn't mean the Valkyrie is unusable, though—it will allegedly seat two adults comfortably (though only the driver gets the 3D-scanned, custom-made seat) and hold enough luggage in its "side pod" storage areas for a weekend trip. It will be street legal everywhere, including the United States, according to the report.

Even more enticingly, sources at Aston Martin told Road & Track that the company is planning a track-only version of the Valkyrie, with a removable steering wheel, carbon fiber wheel covers, a bigger front splitter, and a huge rear wing. The goal, they say, is to lap Silverstone Circuit as fast as an LMP1 car.

If that's the case, it's only fitting that they intend to run the Valkyrie in the first lap of next year's 24 Hours of Le Mans as a grand debut. Going by these details, it should have no trouble keeping up with the pack.