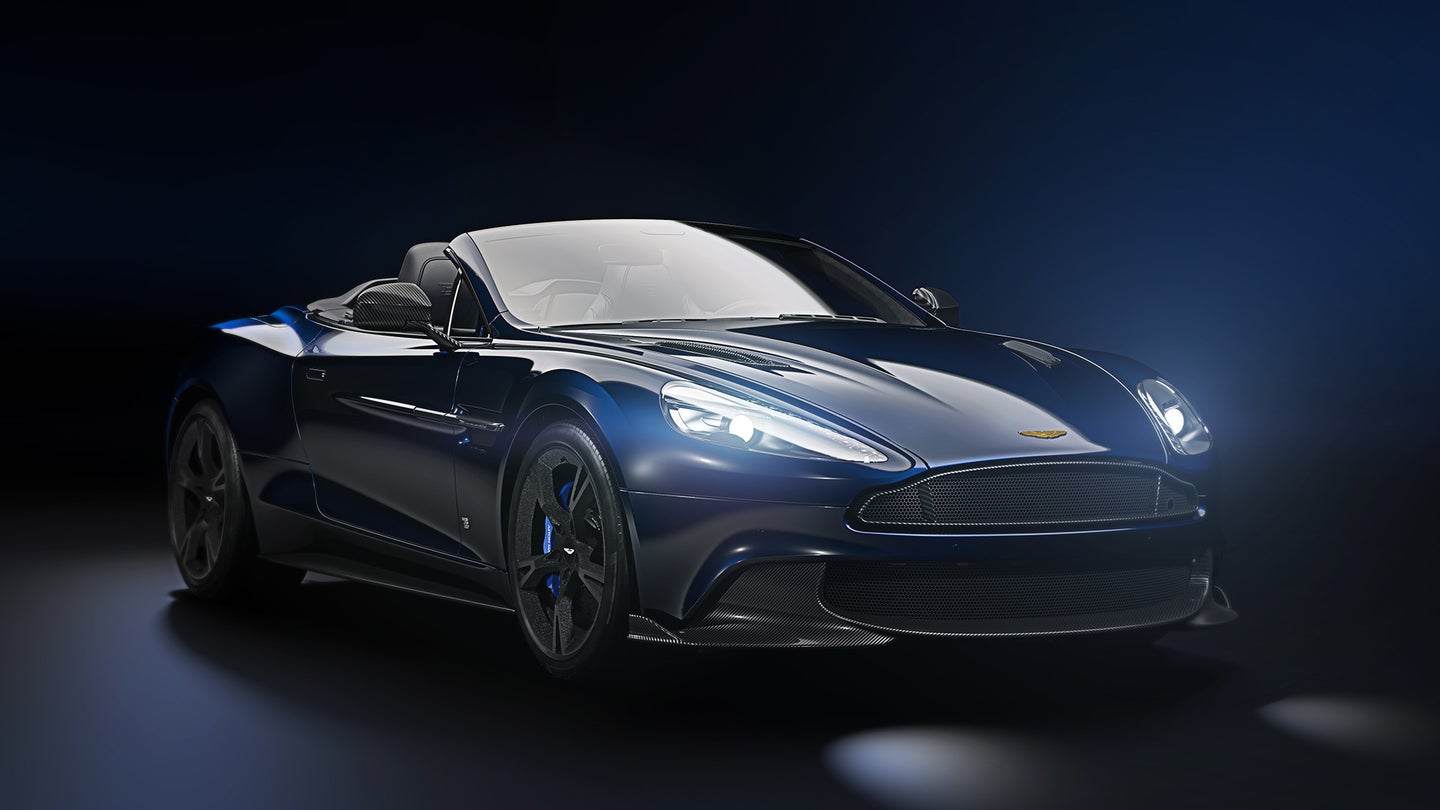 When Aston Martin announced its partnership with New England Patriots quarterback Tom Brady earlier this year, even fog truthers, Deflategate diehards, and Atlanta Falcons fans had to admit the pairing made sense. Aston Martin is an independent, against-the-grain manufacturer seeking to modernize an aging lineup; Tom Brady is defying time itself and still carving up defenses at 40. Also, he fancy.

And just like how Brady is the last of his quarterback class still playing in the NFL, the Aston Martin Vanquish S Volante is something of a extant monster: a V12-engined, grand touring drop top that eschews turbos and hybrids for some good ol' naturally-aspirated fun. To help promote its new "Q by Aston Martin—Commission" personalization program, the automaker set #12 loose on a 2018 Aston Martin Vanquish S Volante, with plans to sell 12 copies at an eye-popping $359,950 apiece.

On the outside, the 592-horsepower "Tom Brady Signature Edition" convertible is bathed in the company's Ultramarine Black paint, whose blue undertones are reminiscent of the Patriots' colors. The paddle shifter tips have been covered with California Poppy leather, reflecting the quarterback's West Coast roots. Brady's personal TB12 logo is sprinkled throughout, and the entire interior is swathed in Dark Knight leather.

As we said, only 12 copies of the Aston Martin Vanquish S Volante "Tom Brady Signature Edition" will be made, and the first examples are set to be delivered to clients early next year. But as ESPN hilariously notes, Brady's contract with the company doesn't include a car; if he wants to rock his own namesake, he'll have to pony up the cash and buy one himself.