R-Reforged, the British engineering firm producing 38 Aston Martin Vantage V12 Zagato Coupés and Speedsters, recently finished its very first production-spec Aston Martin Vanquish 25 by Callum as well, which is a heavily upgraded version of the original V12 Vanquish that was originally produced from 2001 to 2007. Vanquish 25 customer cars will go into production this September and will be limited to...25 units.

Not every designer gets the chance to revamp a car first sketched over two decades ago, but having left Jaguar Land Rover after 20 years last June, Ian Callum took the opportunity to take the front-engine Vanquish where Aston couldn't in 2001. Aftermarket specialists have already come up with a retrofit six-speed manual conversion for the car, but Callum's partner R-Reforged takes the Vanquish 25 to a whole new level, explaining that its cars come with "over 350 engineering, material, and design changes," as well as after 20,000 miles of testing on U.K. roads and wet and dry runs at Michelin’s Ladoux proving ground.

New changes include one-piece, carbon fiber window surrounds, Bilstein dampers with a 0.4-inch drop in ride height, upgraded bushings, stiffer anti-roll bars, Michelin Pilot Sport tires, and up to 2.3-inch wider tracks. There are now three 20-inch wheel choices, and the 6.0-liter naturally aspirated V12 has been tuned to produce 580 horsepower via a carbon intake system and tuned equal-length stainless steel primary collectors. As far as the transmission goes, R-Reforged gives customers the option of a six-speed manual, a semi-automatic, or a normal torque converter.

Inside, the steering wheel has been made more slender to improve feel. The leather trim has been swapped for a posh one labeled "abstract tartan" made by Bridge of Weir Leather Company, metallic trim pieces have been changed to a brushed or polished dark chrome finish, while the carbon fiber has been replaced with a walnut veneer option. To make it worth your $665,000, the Vanquish 25 by Callum also comes with a removable pocket watch by Bremont and a set of Mulberry's fitted luggage. Unsurprisingly, the rest can be familiar from Ford's early 2000s parts bin.

R-Reforged argues that Ian Callum's now corrected Vanquish design is paired with a car that's equally pleasant on a 300-mile trip and "a 20-minute run to meet friends at an informal cars and coffee meet."

The first batch of Vanquish 25s is destined for Europe and Latin America.

Expensive? For sure! Yet if you wish to have the world's best old Vanquish re-engineered for the future, this is your chance. 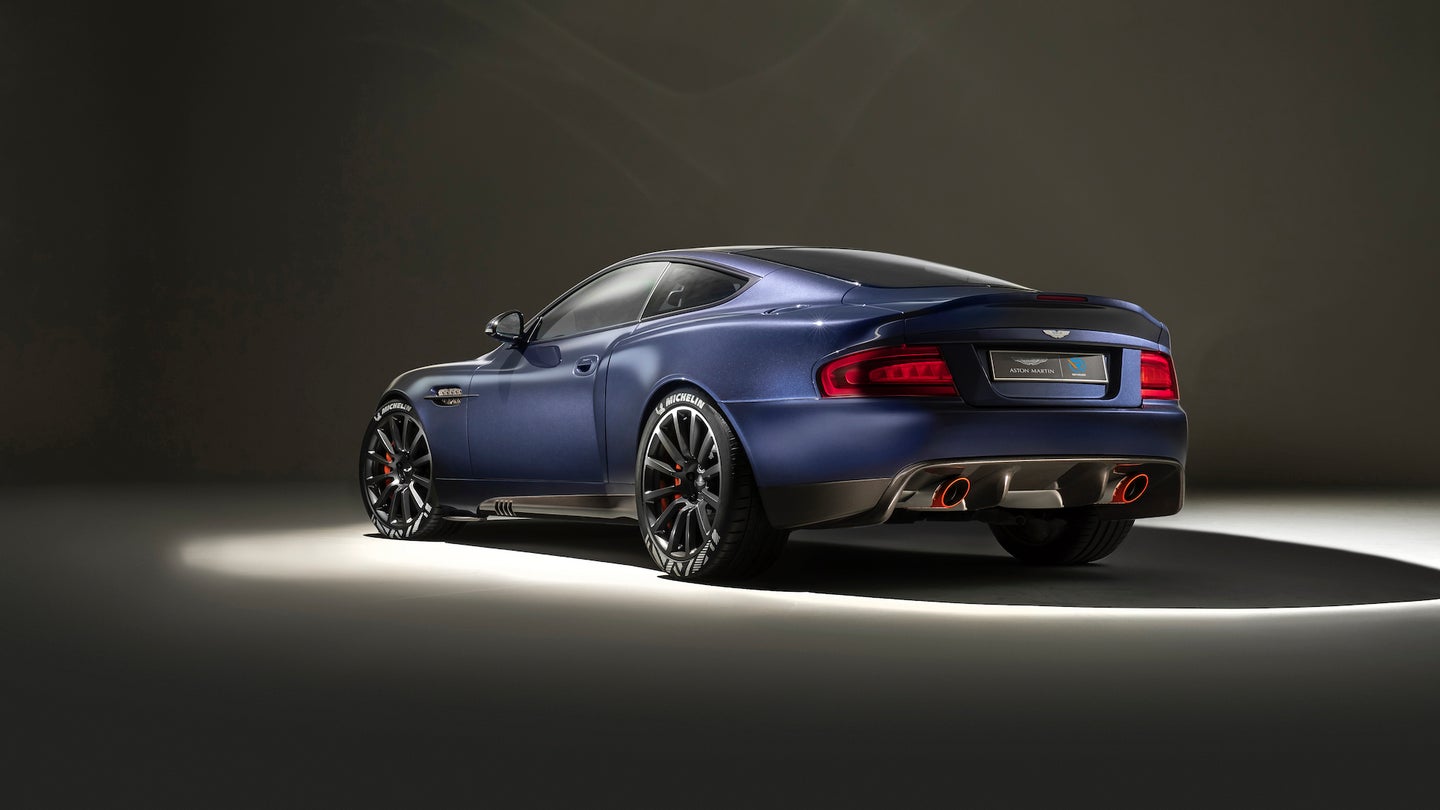 Ian Callum had grander visions for the Vanquish than the era allowed and now, we finally get to see what it should’ve been. 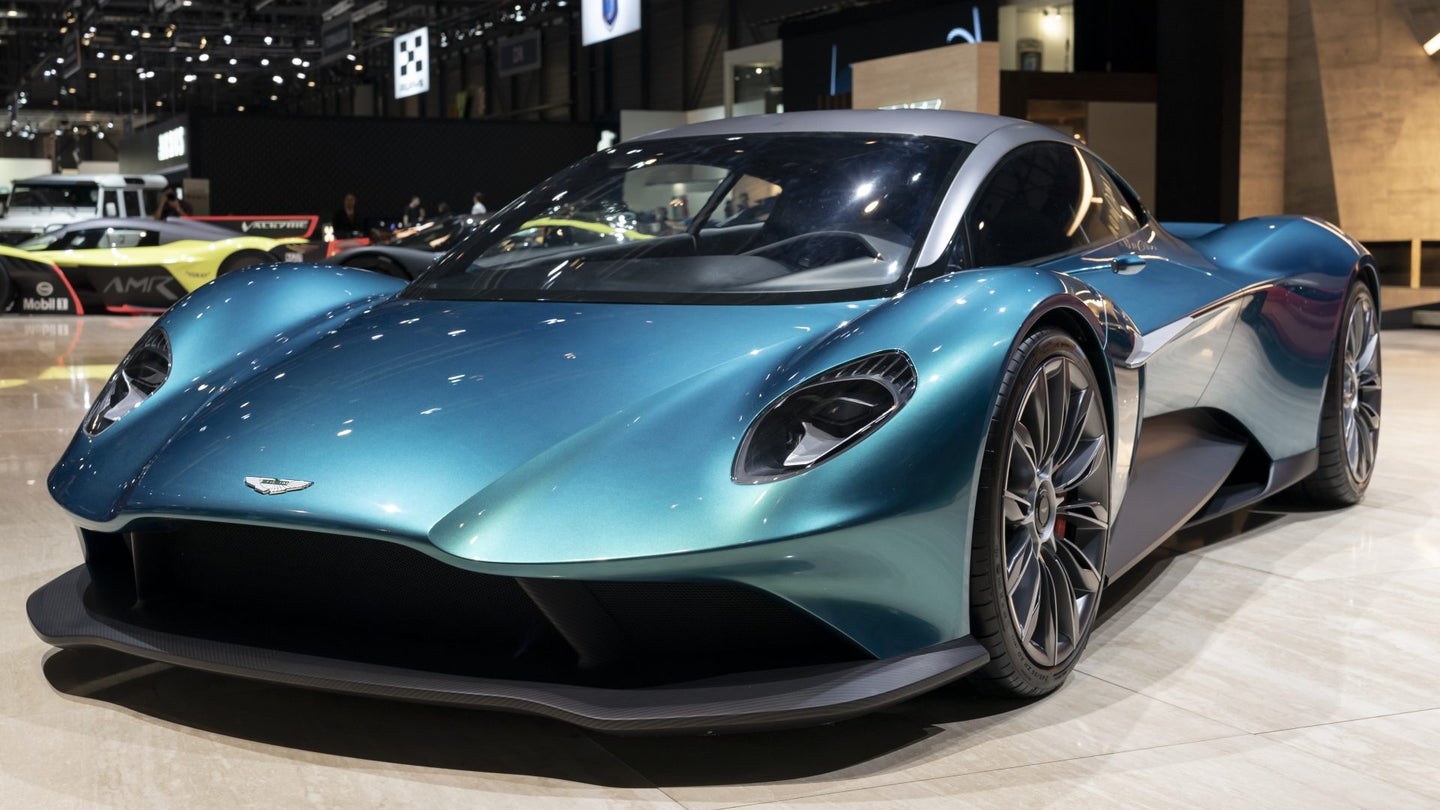 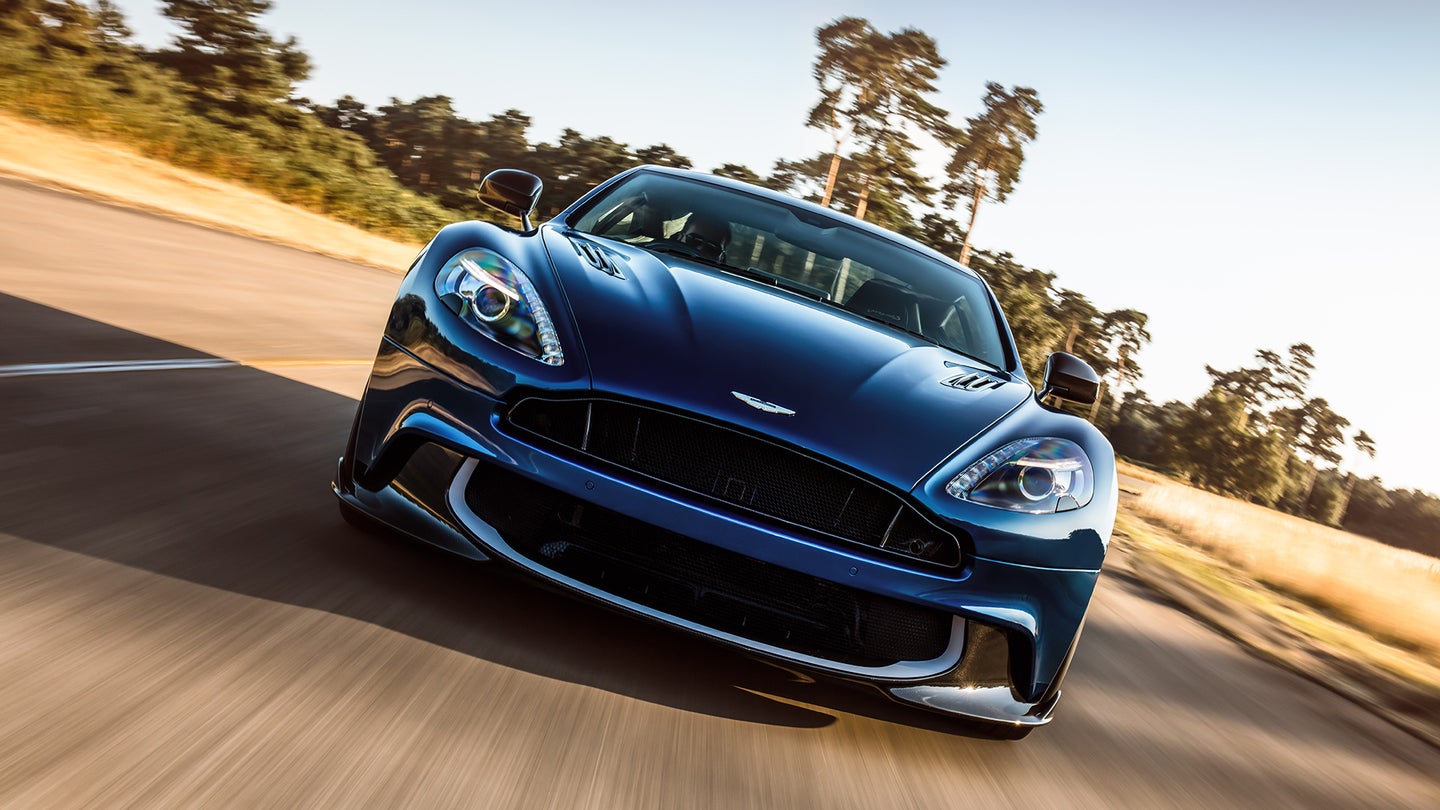