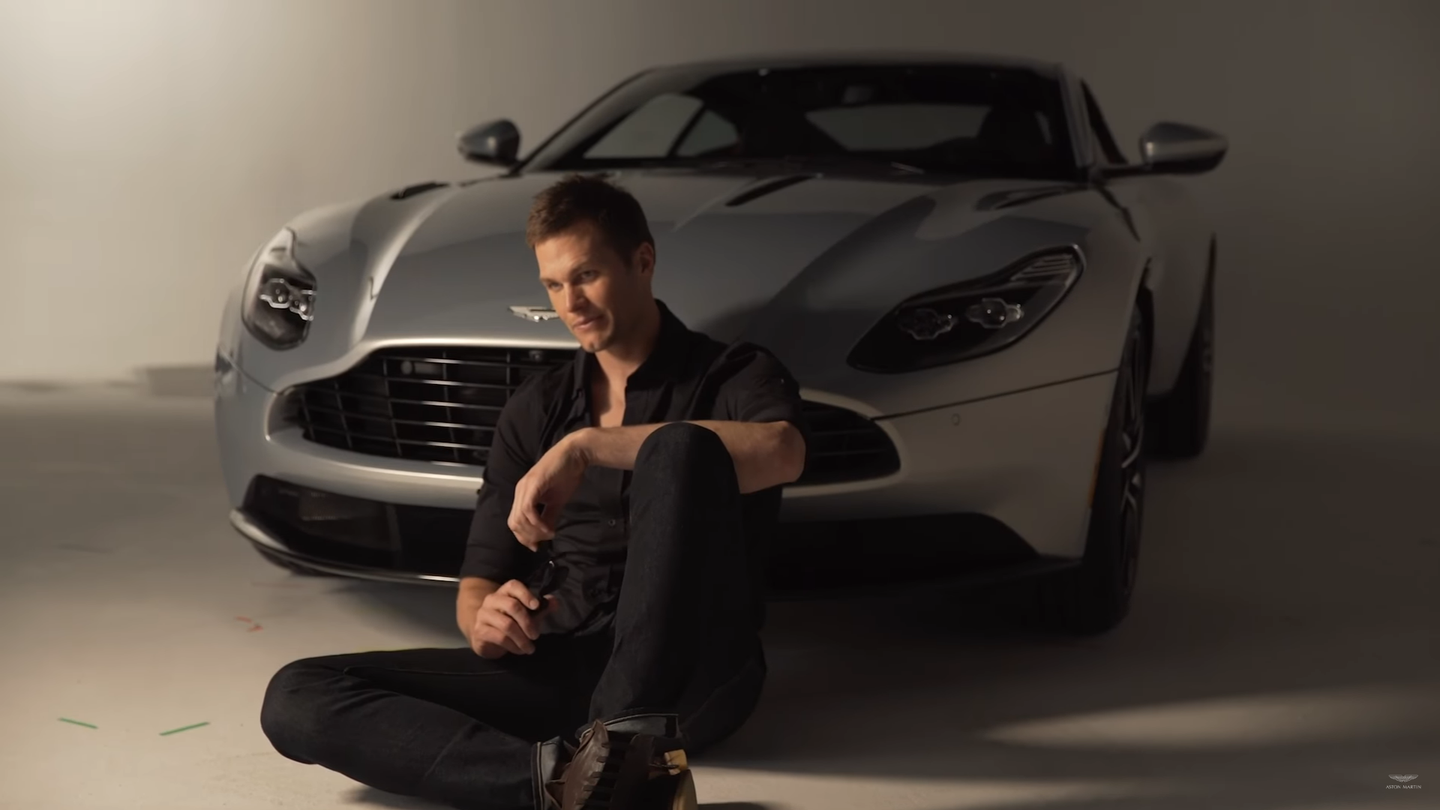 This week, Aston Martin announced that it will be working with New England Patriots quarterback and NFL megastar Tom Brady to help design Aston's future luxury cars and show off the brand's newest and hottest innovations. To keep the public involved, Brady has agreed to star in a YouTube series detailing the company's design visions, and design his own car. This isn't the first we've heard about Brady and the Brits' relationship, as the company announced it was working on a secret project with the 5-time Super Bowl champion back in February. Two months later, they've given us a full road map for a proposed long term partnership with the world famous athlete.

Aston Martin posted a teaser on its YouTube channel showing the set for the new series: "Category of One; Why Beauty Matters", starring Tom Brady and highlighting the creative process by which Aston designs and styles its cars. The first video is only a short teaser and we're not sure what to expect from the actual show premiering later in the year, but Aston has made some quality content so far, so rest assured that we're in for a treat.

In addition to the YouTube show, the brand will let Brady build his own variant of the new Vanquish S, which will most likely be chronicled in the YouTube series, and shown to the public in full when it is completed this summer. He will also drive a DB11 to promote the brand; if he keeps this up, the American football star's garage will be full of nothing but British sports cars fairly soon.

AM says that Tom Brady is the perfect match because he shares Aston's beliefs in how a proper British performance car should be designed and built. As a big fan of the company, Brady reportedly thinks that the direction Aston Martin is going will keep it on the path to a long and successful legacy.