Remember when Ruf said they totally weren't building another Porsche? Well, they were technically correct. 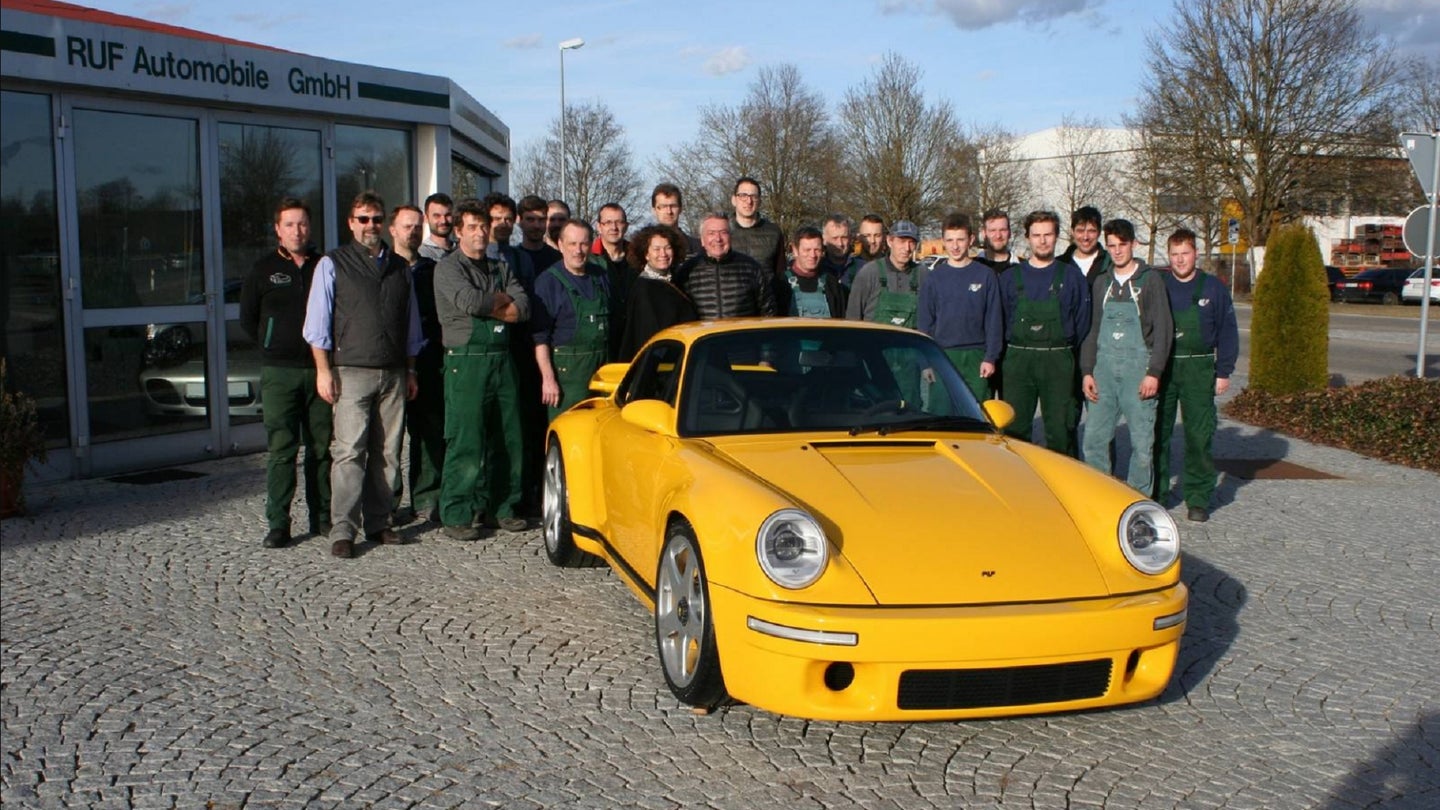 Last week Ruf teased us with a short press release promising an all-new from-scratch in-house design built entirely from a carbon monocoque. Taking them at their word, we imagined a wild low-slung two-seater, perhaps in the same vein as a new McLaren. What we got, however, while technically a freshly engineered carbon monocoque with bespoke pushrod suspension and a 710 horsepower flat-six, is an only slightly visually modified 1987 Porsche 911-based Ruf CTR 'Yellowbird'. It's not a Porsche, but it damn sure looks like one.

While at first glance, this car appears straight out of 1987, but as you inspect the details you'll see the truth is somewhat more modern. The lighting, for example, is all modern LEDs. The wheel and tire package features a set of 19" center locks wrapped in Michelin Pilot Sport Cup 2s (245 section width fronts and 305s in the rear). Carbon-ceramic brake rotors sit at all four corners, as well. Visually the car is a bit wider, a bit lower, and a bit shorter than the original Yellowbird. It's a truly modern supercar hiding in a vintage looking shell.

All told, I can't help but be a little disappointed that this car isn't some wild slinky lowslung super coupe. It feels a bit like the scene in the film 'Inception' where Tom Hardy says to Joseph Gordon-Levitt, "You mustn't be afraid to dream a little bigger, darling."

One place where Ruf did dare to dream big was in the engine compartment. Where the original CTR made do with a 3.3-liter turbocharged flat six making 469 horsepower, the 2017 CTR uses a dry-sump 3.6-liter twin-turbo flat six producing a claimed 710 horsepower. While Ruf doesn't say anywhere in their press releases, that engine seems like it would have to be a Mezger-based watercooled unit, which is certainly stout enough to run those kinds of power levels at wide open throttle for basically all of eternity.

Okay, so all of that work was done to create the world's first rear-engine carbon monocoque. It must be super light, right? Well, yes and no. The original CTR Yellowbird weighed some 2,535 pounds. The new 2017 CTR features steel crash structures and an integrated steel roll cage for a total weight of (drumroll, please...) 2,640 pounds. It weighs 105 pounds more than the all-steel CTR of 30 years ago? Okay, but that top speed has got to be mega, right? I mean, the original CTR blew the world away with a 211 mile per hour top speed, so with 241 extra horses and a more aerodynamic shape, it's gotta be big, right? Well, Ruf claims the new 2017 CTR can run up to a maximum speed of about 225.

I'm losing patience here. It's a 710 horsepower not-a-Porsche Porsche, it's surely fun to drive, it's just disappointing that it's not capable of more. In case you're still reading this, the new car is said to sprint to sixty miles per hour in around 3.5 seconds, which is pretty respectable, and you can find 120 in just 9 seconds. Only thirty of these 'birds will be built, plus the prototype you see here, and deliveries will start somewhere around this time next year. No price has been announced, but at this point do you care? You're either all-in on this concept and will buy one no matter the cost, or you don't care and would rather buy a new 911 Turbo S.

I've always loved Ruf. My dog's name is Alois. I just can't get behind this one. If you're down like I am, watch this amazing tire-squealing lap of the Nurburgring in the original Yellowbird. 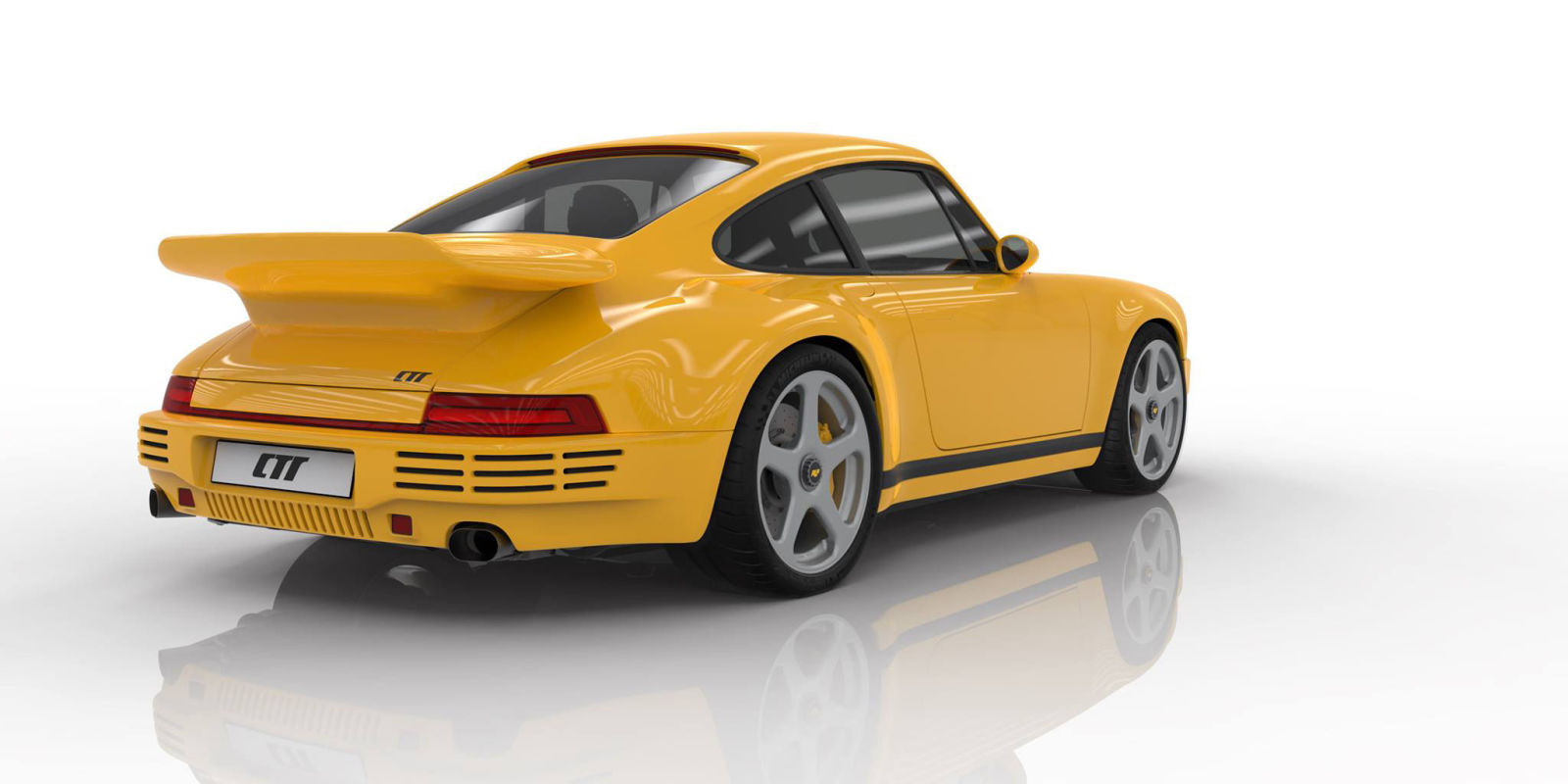 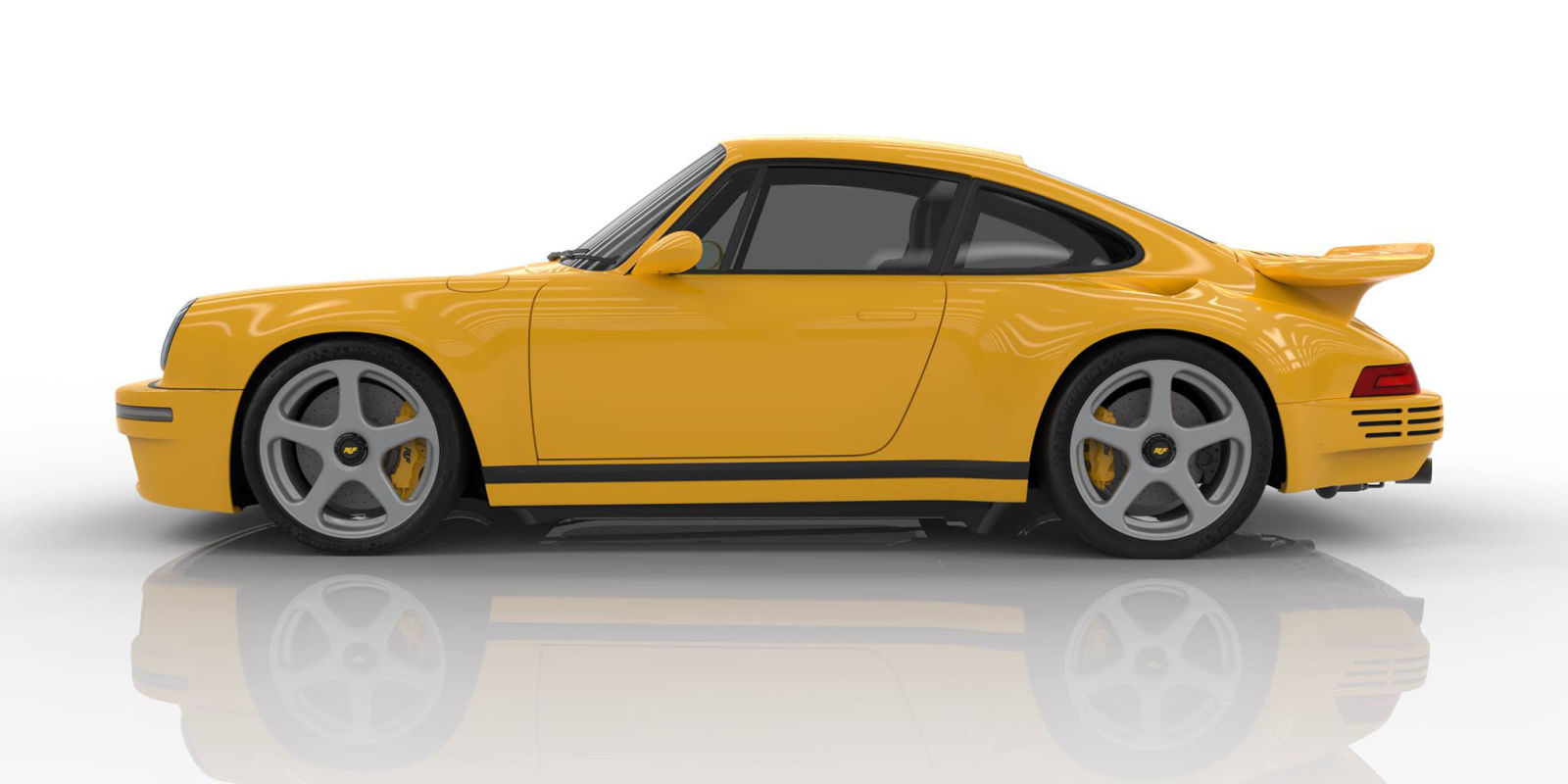 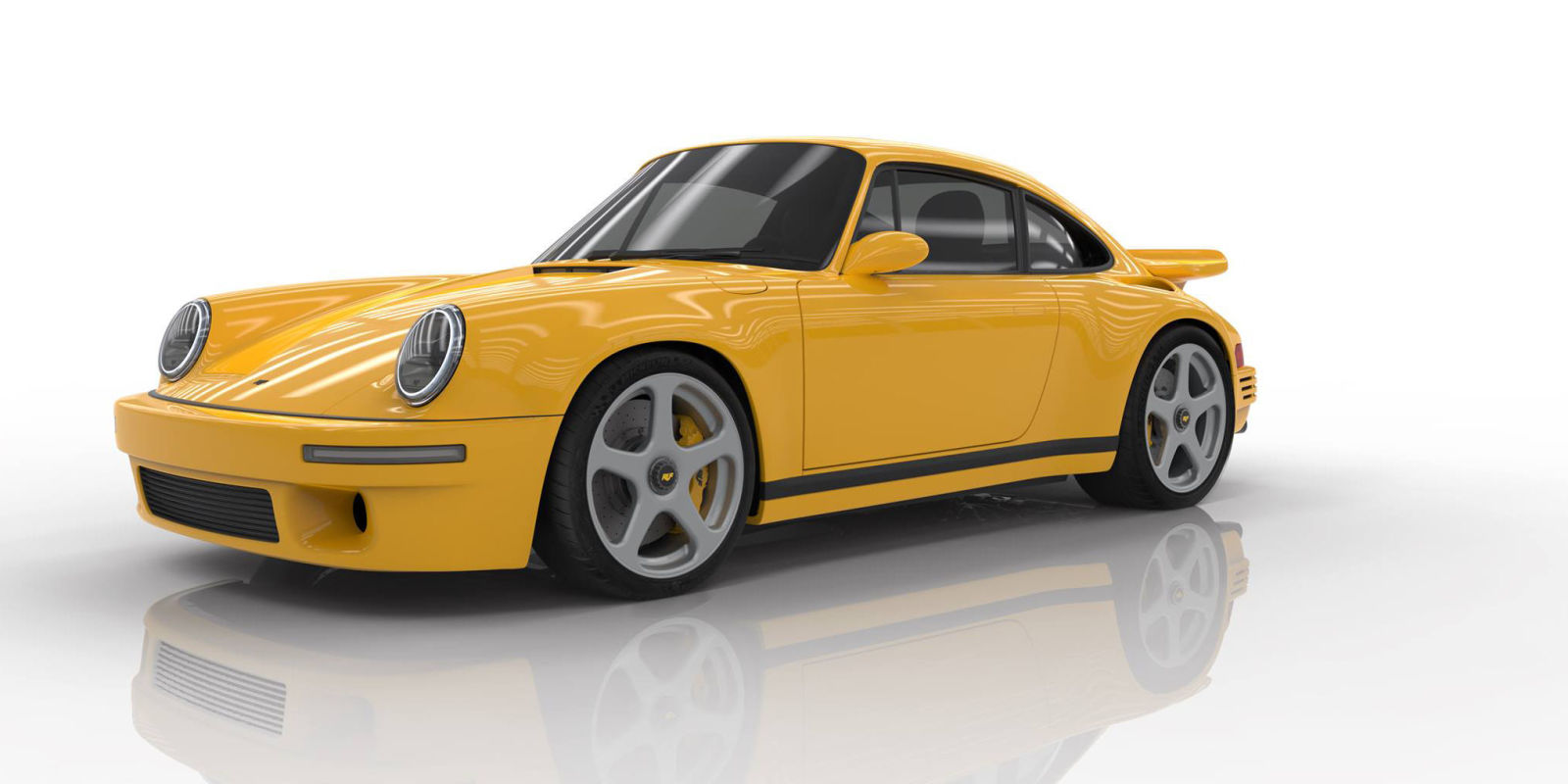 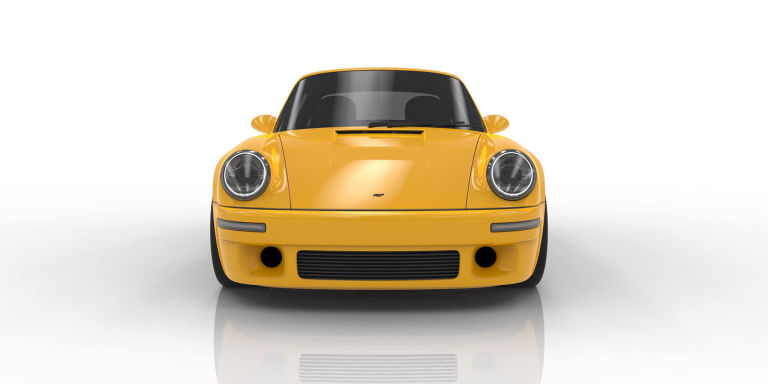 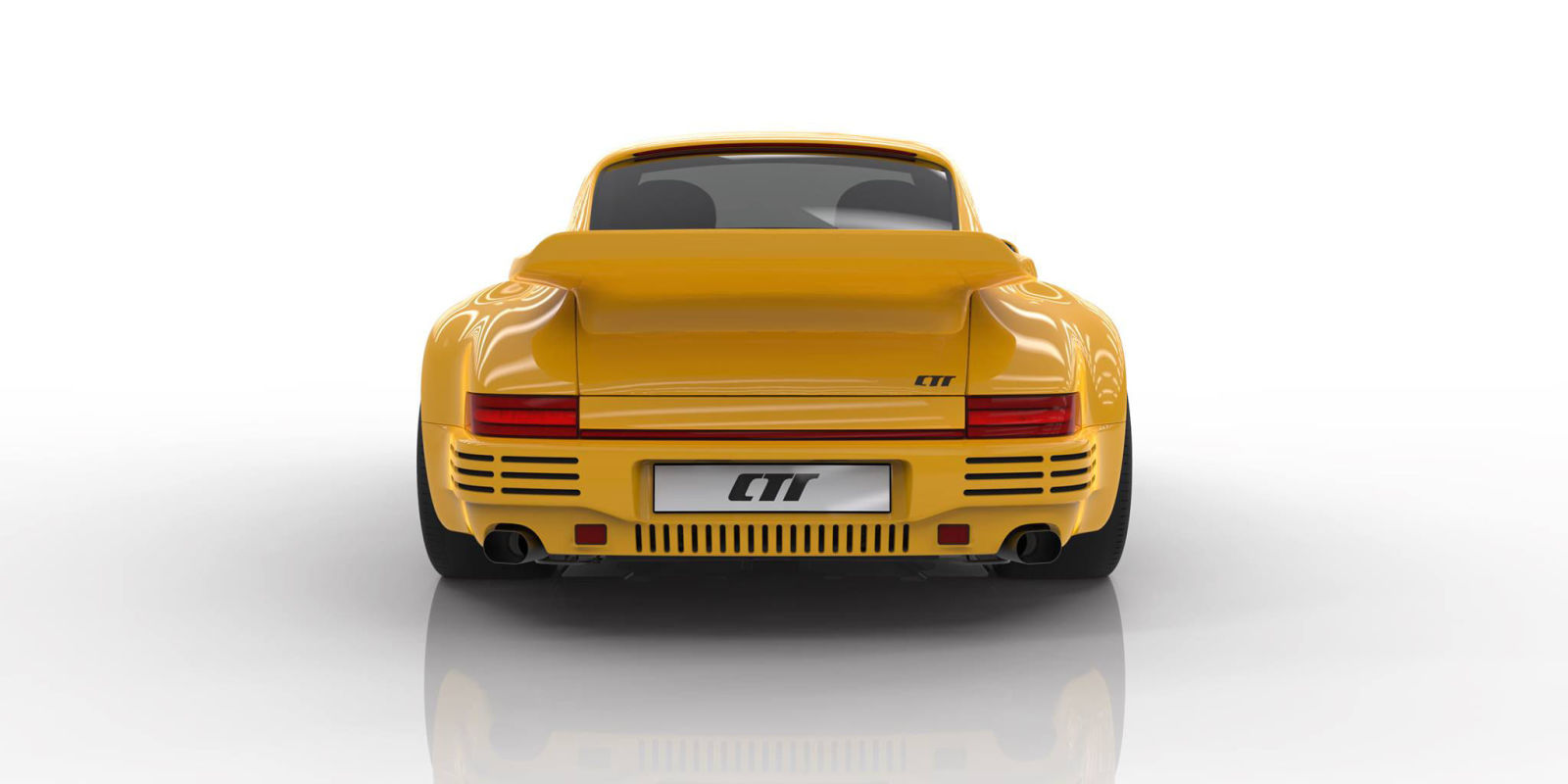