Spyker will now use a Koenigsegg-built engine for its newest droptop. 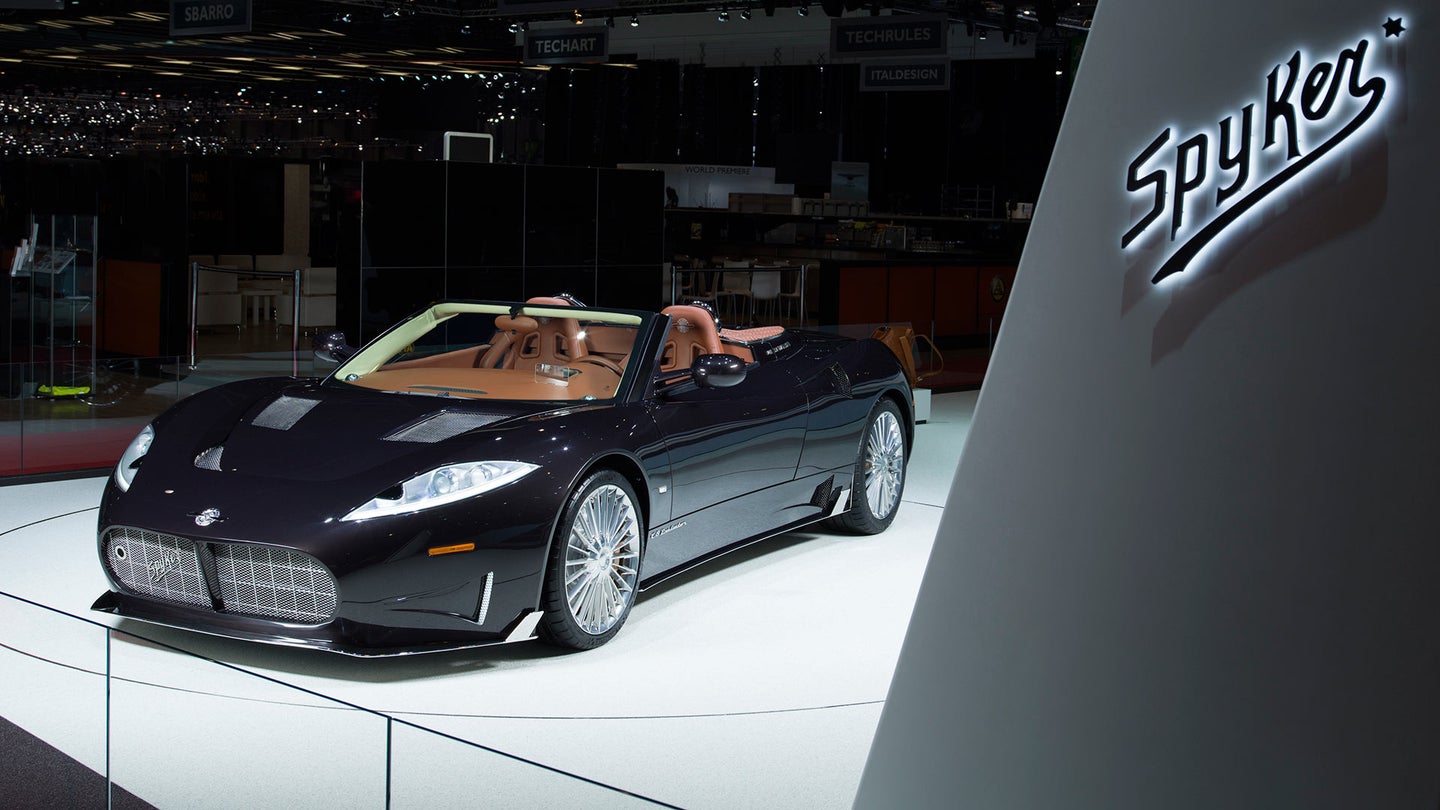 On Tuesday morning, Dutch sports car manufacturer Spkyer debuted the 2018 Spkyer C8 Preliator Spyder, a low-production, carbon fiber-bodied convertible. The new car will ditch the supercharged 4.2-liter Audi engine that Spyker has employed in the C8 since 2000 and will instead trade up to a Koenigsegg-built 5.0-liter V8.

The new engine is expected to produce 600 horsepower and 442 pound-feet of torque and will channel that power through a manual six-speed transmission. The last generation of the Spkyer C8 topped out at 201 mph, but the 2018 C8 Preliator Spyder is expected to edge past to 201mph mark.

Spkyer CEO Victor Muller stated the brand plans on producing 100 examples a year from their Coventry, England assembly plant. This is double the production amount of the Spyker C8 Preliator, as the brand only made 50 versions of the coupe. If you plan on reserving one of these rare beauties, be prepared to cover the $430,000 sticker price. Sales will reportedly begin in summer of 2017.

Soon, a car will adjust its settings for a racetrack using GPS and over-the-air updates.