We Live in the Age of the Muscle Supercar

Many of the muscle cars of today have enough performance to slap European sports cars in the face. 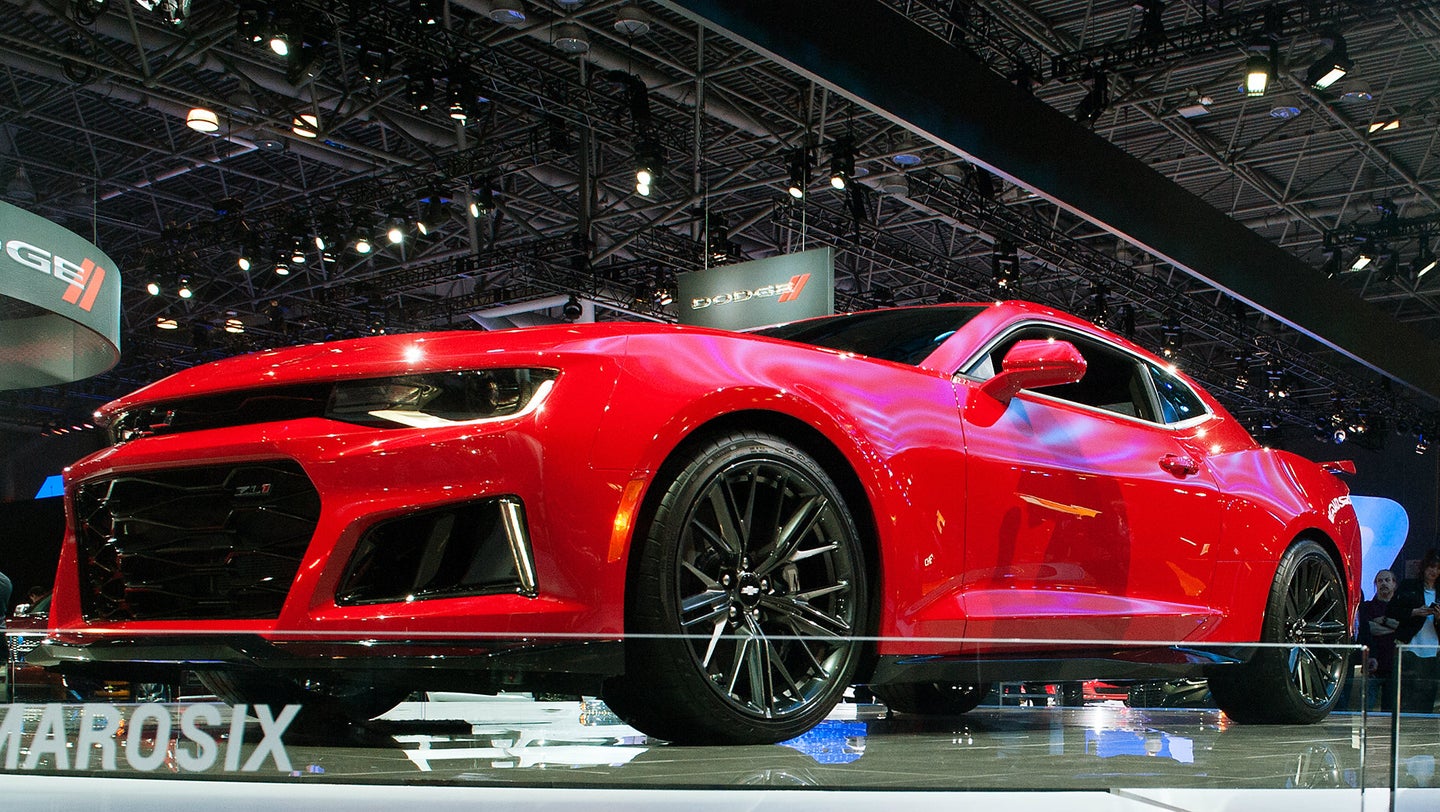 Extreme automotive engineering, reserved under normal circumstances for high-end automakers like Porsche, McLaren, or Ferrari, is amongst the hallmarks of the hard-to-define umbrella term of "supercar." Other components, like exotic styling or severe impracticality, are often paired with said engineering, but are not requisites for a vehicle to be a supercar. For an example, look only to the 911 Turbo: a conservative, but refined design, kept modern by effort almost unrivaled by other marques. It just so happens that supercar engineering is now applied by America's big three (GM, FCA, Ford) to their respective flagship V8 powered coupes, in the forms of the Camaro ZL1 1LE, SRT Hellcat Challenger, and Mustang Shelby GT350R.

The current king of Camaros was announced last week to have set a 7:16 time around the Nurburgring, which is faster than the time set by the 488 GTB. The engineering that propelled the ZL1 1LE around the 'Ring faster than Ferrari's volume seller is not restricted to the car's 6.2-liter, 650-horsepower LT4 V8, or a wing stolen from a Beechcraft mounted atop the trunk, it's the car's DSSV suspension, which allowed the last generation of Camaro Z28 to corner as well as the Porsche 918. While DSSV may be a design of Multimatic and not GM, it does not exclude the ZL1 1LE from the supercar club. Plenty of supercars have used outsourced parts from less exotic sources: the Hennessey Venom GT uses a GM engine, the Noble M600's power comes courtesy of Volvo, and the McLaren F1's tail lights were from a Dutch bus.

The SRT Hellcat Challenger is, I would argue, the most domestic of the three cars to be used as an example here. Its sole party piece is its 707-horsepower, 6.2-liter V8 engine, which has the power of the LT4 beaten. At its power level, it offers one of the highest horsepower-per-dollar ratios of any car in the world, at $88.39 per horsepower. To put that into perspective, other current cars in its power neighborhood, such as the Aventador SV and 812 Superfast, charge an order of magnitude greater for their power, coming in at $656.62 and $399.24 respectively. The fact that Fiat-Chrysler has managed to put such a powerful engine in a six-figure car is astonishing, nevermind the SRT Demon's power output being even greater, while still staying under a $100,000.

At last, we come to the Mustang Shelby GT350R. The GT350R sports the single largest flat plane crank V8 ever made, named the "Voodoo", coming in at 5.2 liters, and making 526 horsepower. Aside from having a groundbreaking engine, made still more impressive by that fact that it is meant for mass production, the GT350R was also the first production car to feature carbon fiber wheels. These wheels cut the unsprung weight at each corner of the car almost in half, and even though there is a $7,000 premium separating the GT350 and GT350R, the money is worth it, as buying the wheels separately from Ford would cost $15,422.52. Oh, and because we're not going to forget lap times, the GT350R is faster around Laguna Seca than both the 458 Italia and GT-R.

Some will argue that a car cannot both be a muscle car and a supercar, because none of the drab V6 Camaros and Challengers are supercars. To that, we must reply that the base Carrera is no supercar, but the GT2 RS is a card-carrying member of the club. Just because two wildly differing cars share parts does not mean that the two are similar—as was stated above with the McLaren F1.

And as for whether or not a car can even be two different types of vehicle... well, yes, cars have already done it for decades. There are luxury roadsters, like the Spyker C8, there are super sedans, like the Bentley Continental GT, and there are sport wagons, like the Mercedes E63 AMG. Being one thing does not exclude something from being another, entirely different thing. The music world has understood that for years; Queen did operatic rock, Dragonforce does speed-power metal, and Streetlight Manifesto's ska-punk-folk-whatever continues to overflow venues.

We live in an age where Ferraris can be eaten alive on a track by a stock muscle car, and that is a beautiful thing. More competition between makes always results in a healthier automotive market.