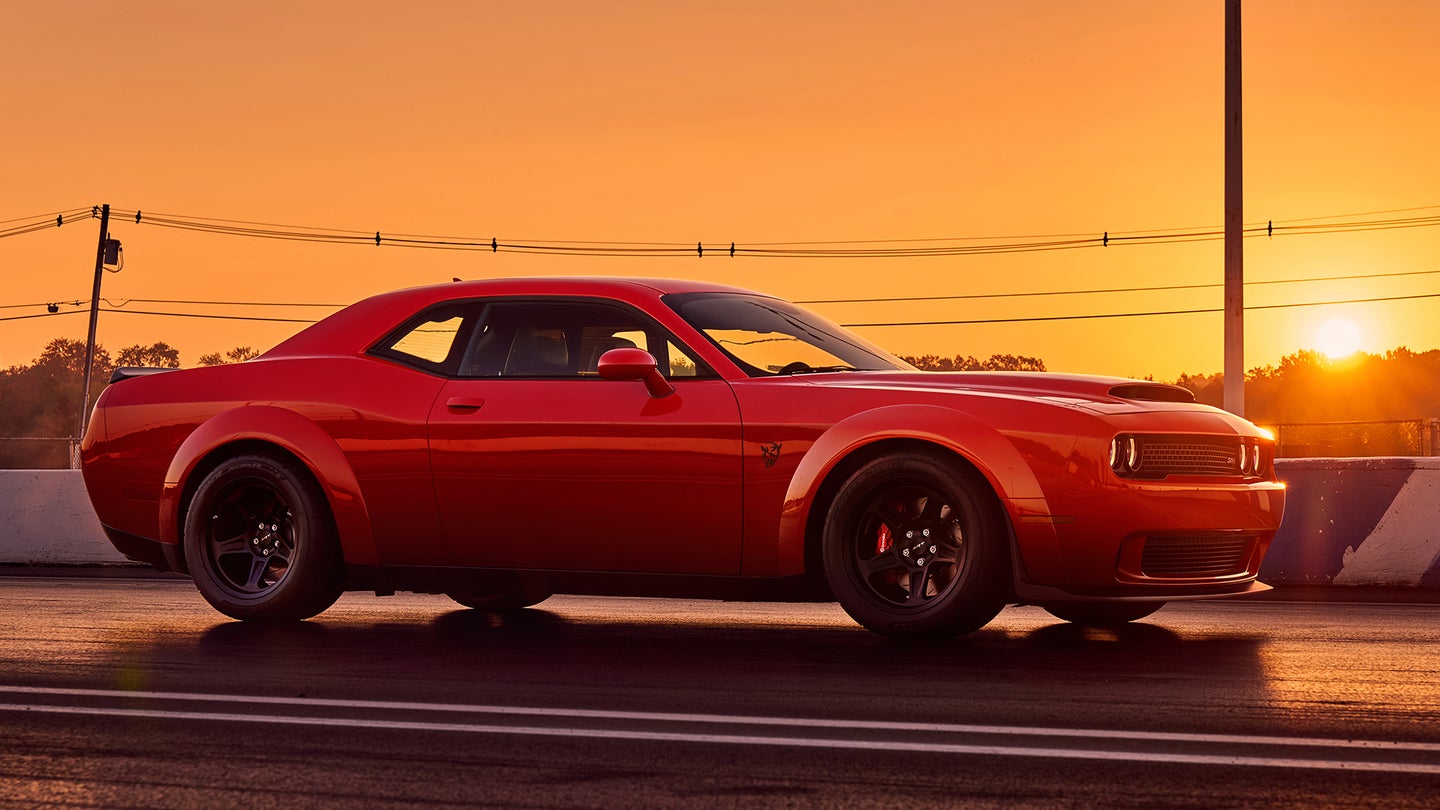 Believe it or not, last week's revelation that the Dodge Challenger SRT Demon would make 840 horsepower on racing fuel came as...well, something of a letdown for some of us here at The Drive. In the storm of excitement leading up to the Demon's debut, rumors were swirling that the car might make as much as 1,000 horsepower and change—the sort of whopping power figure that would leave Ford and General Motors so far behind in the muscle car power wars, they wouldn't be able to see Fiat-Chrysler's tail lights.

But when OEMs sanely draw the line, Hennessey Performance steps in to push vehicles into the territory of the clinically batshit. And the Texas-based tuning shop apparently has every intention of doing so with Dodge's latest muscle car. Not 24 hours after FCA revealed the Demon, Hennessey declared it would be offering tuning packages that push it all the way to 1,500 horsepower.

Hennessey's no stranger to extracting four-digit horsepower figures from American engines. The tuning shop offers 1,000-horsepower packages for the Chevy Corvette Z06, Camaro ZL1, the Dodge Charger SRT Hellcat, and the Challenger SRT Hellcat—and, by bolting twin turbochargers onto their naturally-aspirated engines, claims to be able to extract 1,120 hp from the outgoing Dodge Viper that the Demon is replacing at the top of Dodge's performance car lineup and 1,200 hp from the Ford's Shelby GT350.

Still, 1,500 horsepower is more than even the 1,451 hp Hennessey managed to squeeze out of the 7.0-liter twin-turbo V8 the company crammed into its final Lotus-based Venom GT hypercars. While the Demon's boxy body means it likely won't come close to touching that car's 260-plus mile-per-hour top speed, almost doubling the top Challenger's output should be enough to knock a few tenths off that claimed 9.65-second quarter-mile run.