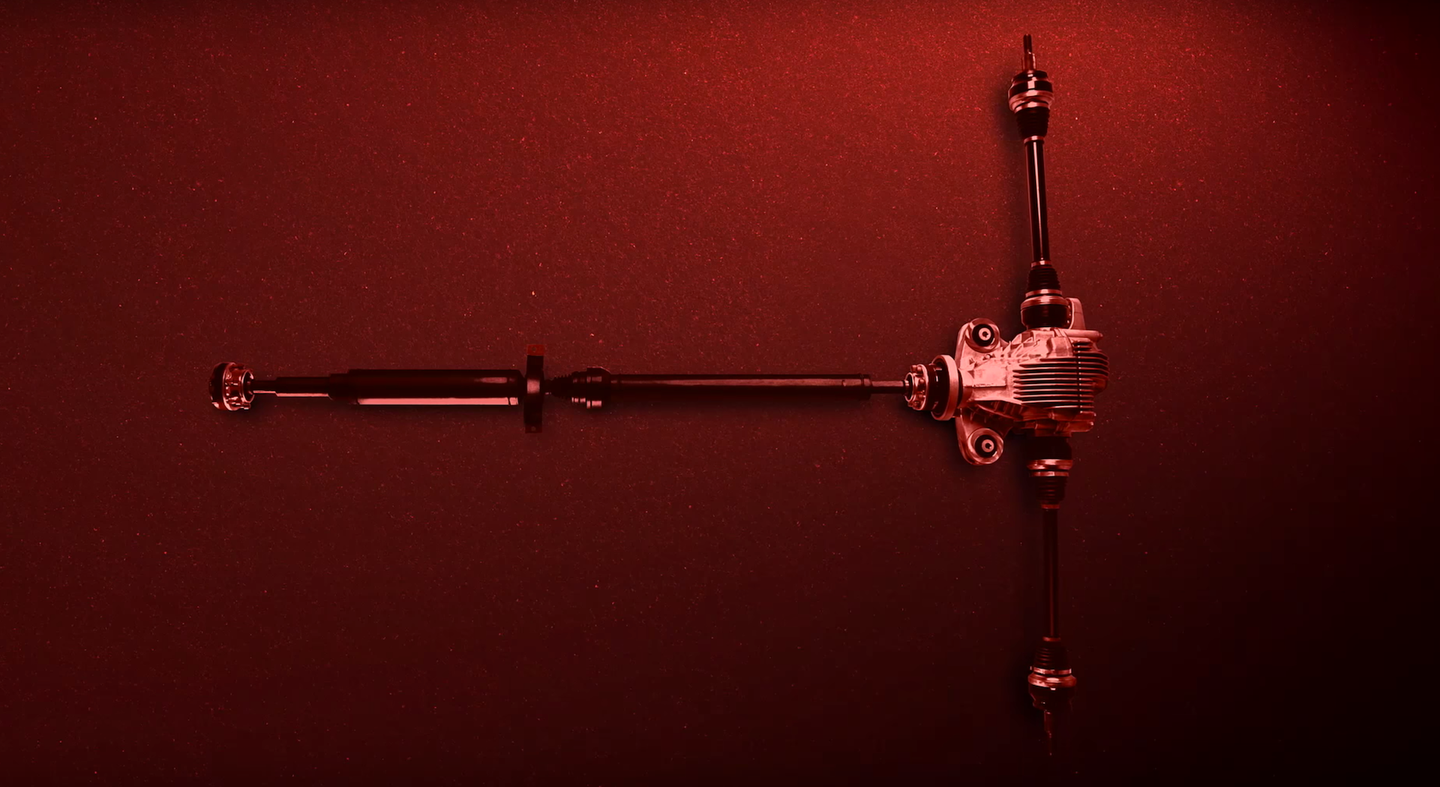 In the newest teaser of the upcoming Dodge Challenger SRT Demon, the American automaker revealed that the drag-strip special will feature "race-hardened parts." Given that the Demon will have drag radials, a likely power bump, and will certainly find its way to drag strips nationwide, Dodge saw it fit to arm the Demon with an improved driveline to avoid the occasional axle and driveshaft destruction.

According to Dodge, the prop shaft, differential housing, and half shafts have all been strengthened to cope with drag strip abuse. Compared to the Hellcat, the new prop shaft's torque capacity has been increased by 15 percent by using high-strength steel; the tube is also 20 percent thicker than the Hellcat's and its stub-shafts are heat-treated. The differential housing now sports heat-treated A383 aluminum alloy whose torque capacity has also been increased by 30 percent over the Hellcat's. And lastly, the spline half shafts can handle 20 percent more torque than the Hellcat's.

Dodge hasn't just focused on the hardware, either. In order to avoid wheel hop—which is when driven tires under a hard launch oscillate between holding grip and spinning—Dodge is fitting the Demon with Launch Assist, a program that can limit engine torque to the driven wheels. That way, stress on the driveline is reduced, and a cleaner launch can be achieved.

The Dodge Challenger SRT demon won't officially debut until the New York International Auto Show in April, but stay tuned as a newly teaser is released each week.