"American made" is complicated these days. 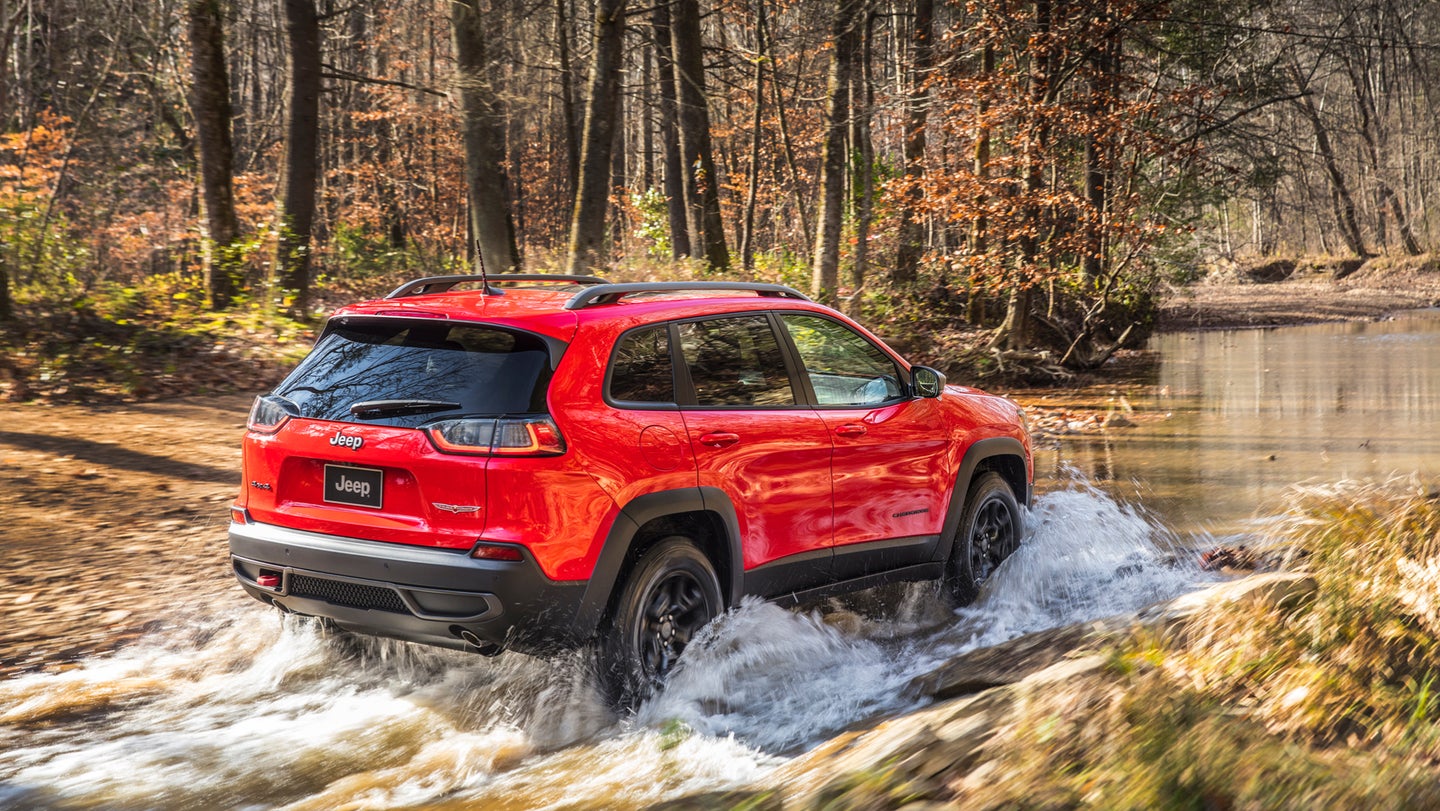 For consumers who value buying American products, finding a truly American car in 2019 is more complicated than simply selecting one from the Big Three. Foreign automakers continue to grow their operations in the United States, employing hundreds of thousands of Americans every year. Likewise, domestic brands like Ford or General Motors build cars overseas and rely on parts made in various countries around the world. So which cars on sale in 2019 are truly of America?

That's where the Cars.com American-Made Index comes in, an annual ranking of new car models by their contribution to the United States' economy based on criteria including factory jobs, parts sourcing and manufacturing location. And according to its data, if you want your next auto purchase to make the biggest possible contribution to the American economy, you should buy a Jeep Cherokee.

Today's Jeep Cherokee isn't quite as quintessentially American as the original boxy XJ, but it's still an appropriate vehicle to top the American-Made Index. But the research also revealed that 60 percent of the top 15 were actually cars from Japanese automakers: Honda, Acura, and Toyota. We repeat, more than half of the American economy's biggest automotive contributors are made by foreign manufacturers.

In fact, that figure inflates to over 60% if you count the Illinois-built Jeep Cherokee—let's not forget that Jeep is actually owned by the Italian-American conglomerate Fiat Chrysler Automobiles. Like we said, this gets complicated. Honda alone shines bright with its seven vehicles on the top 15 list, including two from its luxury brand Acura.

In addition to taking a deep dive into the content of new vehicles on sale, Cars.com also performed a survey on how much buyers really care about buying American as defined by the index. Sixty-six percent of all respondents said that they want their car purchase to contribute substantially to the U.S. economy, but younger buyers place less importance on it.

While a whopping 80 percent of overall respondents believed that buying American will lead to the creation of more jobs in the United States, those aged 18-34 are also less likely to consider it unpatriotic to buy a foreign car. Only 14 percent tied purchases to patriotism compared to 27 percent of respondents age 55 and over.

Yet it's hard to think about the highly international nature of the modern automotive industry without bringing up the controversial idea of tariffs on automotive imports. Cars.com Senior Editor Kelsey Mays explains that the very factors that resulted in so many foreign-badged cars on the top 15 list also makes it hard to reconfigure whole supply chains and manufacturing processes to minimize the effect of these tariffs.

"Despite a lot of talk around new tariffs and the looming U.S.-Mexico-Canada Agreement, few of the automakers in the top 15 indicated major manufacturing changes as a result," she writes. "Even if they had, manufacturing can’t change overnight. A single vehicle has tens of thousands of parts from third-party suppliers across the globe."

The primary concerns that Cars.com noted are that manufacturers would either have to absorb these tariffs' costs somehow or pass them along to the consumer in the form of higher prices—neither of which are good.

"Tariffs or other changes in trade policy could have a major impact on consumers and the auto industry, including rising costs. It’s no small task to move supply chains, much less alter where a car or its major components are built—both factors that influence AMI rankings," Mays explains. "Such actions take years to plan, negotiate and implement."

Half of Cars.com's survey respondents were concerned about possible tariffs on auto imports, and 41% are unsure if tariffs would make them more likely to buy domestic-made vehicles.

Yet despite all the controversy around what really makes a car "American," there's still no shortage of vehicles rolling off production lines in the United States. Around 120 models are assembled in the country for the 2019 model year, which together comprise over half of all domestic new vehicle purchases. Neither of these figures have changed much since 2018, even if the models themselves have shifted away from sedans and hatchbacks to larger SUVs and crossovers.

Cars.com has produced the American-Made Index since 2006, which you can read about in more detail on their site here.