A glimpse at an alternate timeline. 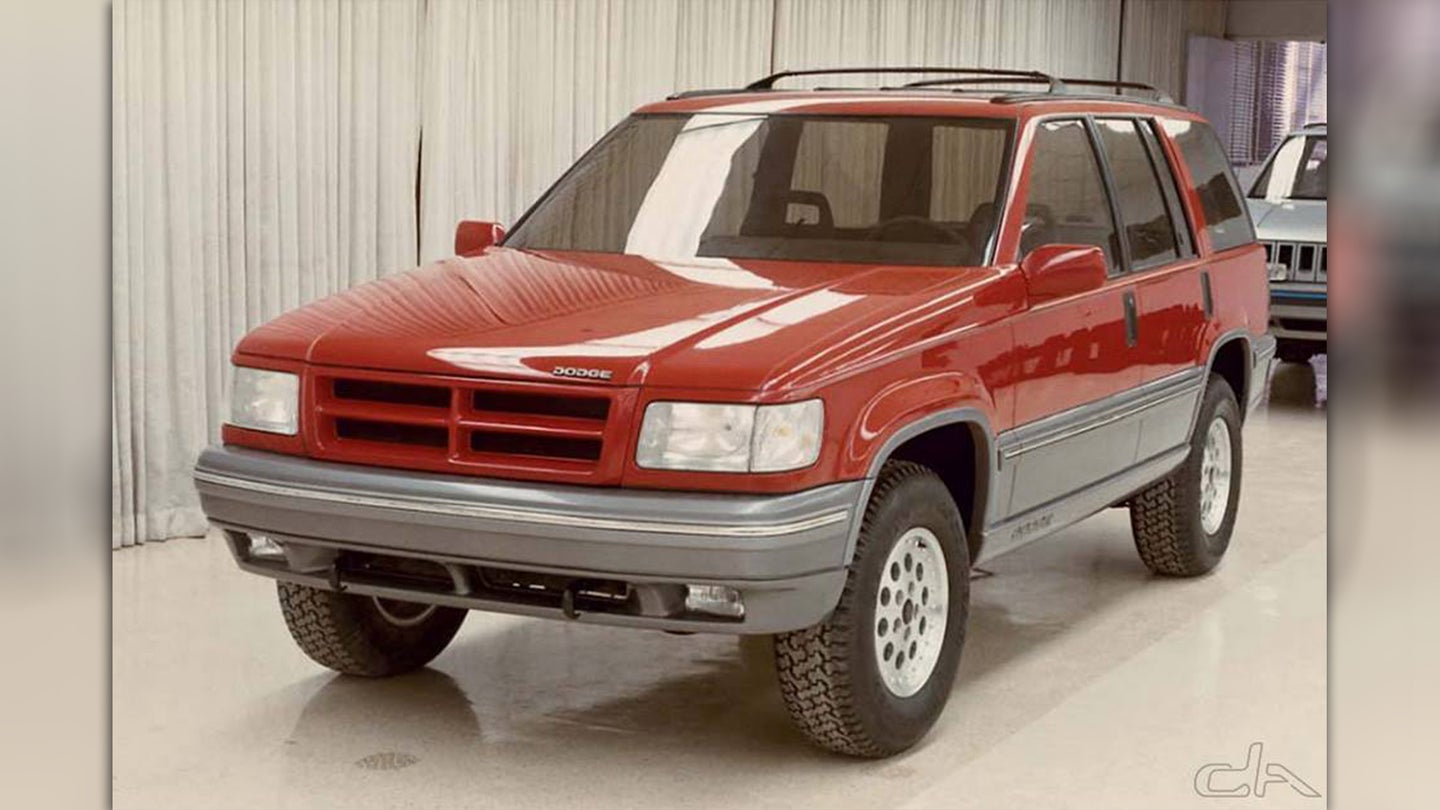 Jeep's 1984 XJ Cherokee hit the nail on the head, printing money for AMC as one of the first compact, four-door SUVs. Chrysler, having acquired AMC in 1988, sought to expand on the still-growing segment, and it began to develop the ZJ platform as the underpinnings for a new successor vehicle to the Cherokee. We all know how that story ended—the Grand Cherokee was one of the most successful launches of the 1990s.

But what if it had never been a Jeep at all? What you're looking at is a vehicle from an alternate timeline: an unnamed Dodge SUV using the Grand Cherokee's platform that Chrysler executives considered for a brief time in the ZJ's development.

As the project advanced through the late 1980s, it became clear that the XJ—produced until 2001—could exist as a companion alongside this new vehicle instead of being replaced. As the story goes, according to an excerpt from The Last American CEO reprinted in Automotive News, this raised a few eyebrows at Chrysler's Dodge division. If the new SUV wasn't going to replace a Jeep, it didn't necessarily have to be one, either.

Dodge's only previous SUV was the Ramcharger, an adaptation of their popular Ram pickup truck in the vein of the K5 Blazer and Ford Bronco. Although a full-size SUV, it was body-on-frame and only had two doors. If Dodge could get a vehicle on the new ZJ platform, they could have a slice of the lucrative profits associated with the four-door, softer SUV segment. There was an issue, though. There was only enough money for Jeep or Dodge to get a truck on this new platform—not both.

Chrysler's revered CEO Lee Iacocca had a solution to this problem. Both Dodge and Jeep would pitch vehicles to him and his executive committee. The winner of this competition would get their SUV. The Dodge team, reporting to man about town Bob Lutz, came up with what we're calling the Dodge Grand Cherokee.

The original book this image is sourced from—Jeep: The History of America's Greatest Vehicle by Patrick R. Foster—claims other pictures of the truck exist. It also throws in a mention of the Dodge ZJ being talked about as a sort of backup if Jeep's relatively small dealership network couldn't support the scale needed for production, they could sell the ZJ under the Dodge brand. There's no other source for this tidbit, however.

Jeep eventually won the competition of course, and their very successful Grand Cherokee would be released in 1992. Dodge's own four-door SUV, the Durango, wouldn't be on the market until five years later. The Jeep division and the Grand Cherokee are still big money-makers for their parent company FCA, and although Dodge's ZJ-based SUV never got made, you can buy a Dodge-powered Jeep today.