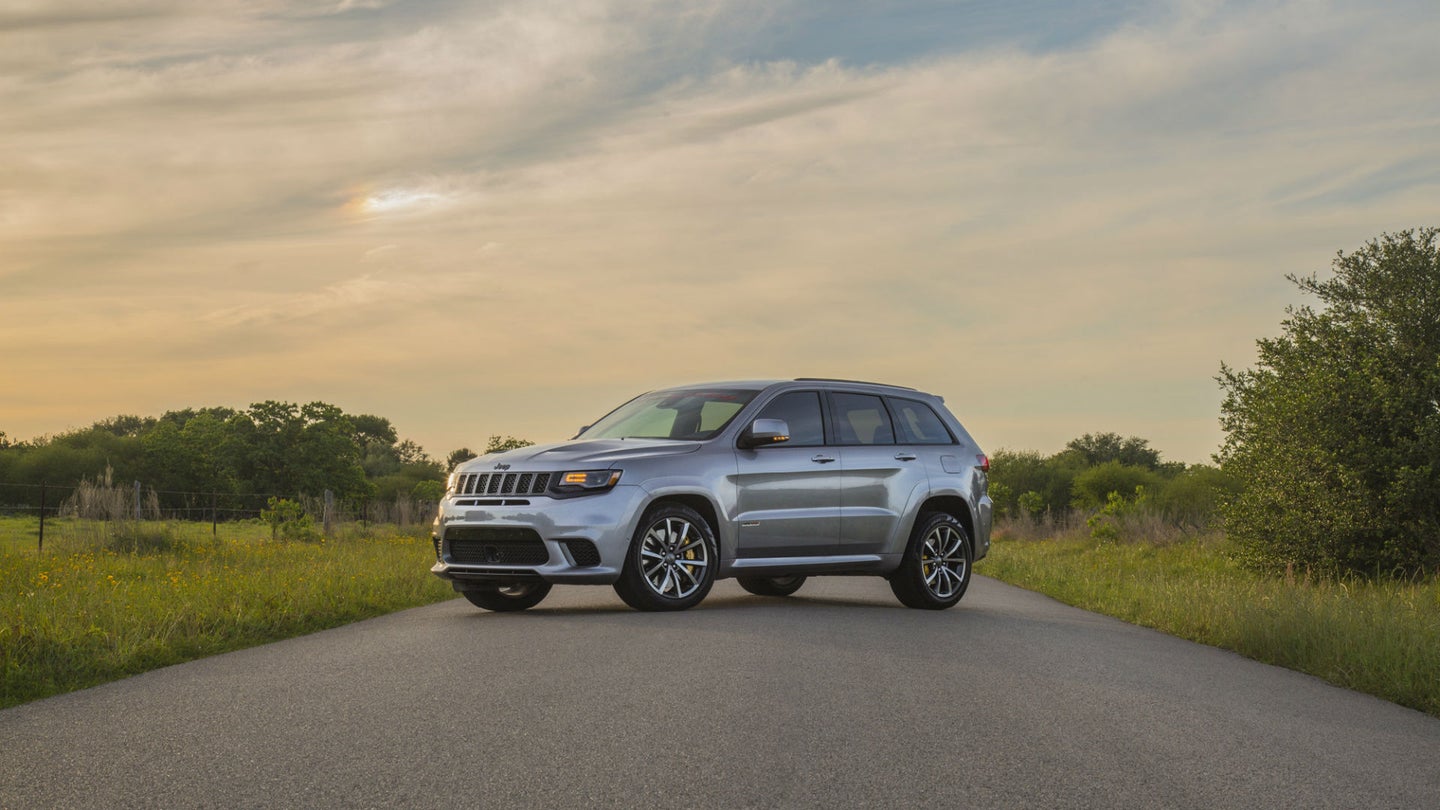 If the Hellcat-powered Jeep Grand Cherokee Trackhawk isn't fast enough for you at 707 horsepower, then this Hennessey-equipped upgrade with an extra 500 hp may be better at scratching that itch for crazy acceleration.

The bruiser SUV is able to run 11-second quarter-mile times from the factory thanks to its supercharged 6.2-liter V8 and all-wheel-drive system, making it no slouch even when compared to exotic supercars of today. That said, warming over the Jeep's powerplant can quickly result in a massive output increase without much extra work. Hennessey's HPE1200 upgrade kit takes that advice as gospel and reconfigures the truck's ECU while also making use of a monstrous 4.5L blower among other tweaks, cutting the quarter-mile time by two whole seconds in the process.

The aftermarket add-ons in question can be seen at work below:

Not only is the time drastically quicker than in stock form, but the trap speed is also kicked up to 145 miles per hour. That's a higher figure than the Trackhawk's revered Mopar brethren, the Dodge Challenger SRT Demon, which eclipses the quarter mile one-hundredth of a second quicker at just 140 mph. It also beats out the insanely rapid McLaren 720S as well as Lamborghini's Huracán Performante (by nearly 10 mph).

To replicate this feat, you'll need to have a lightning-quick reaction time, access to 109-octane race gas, and a major chunk of change.