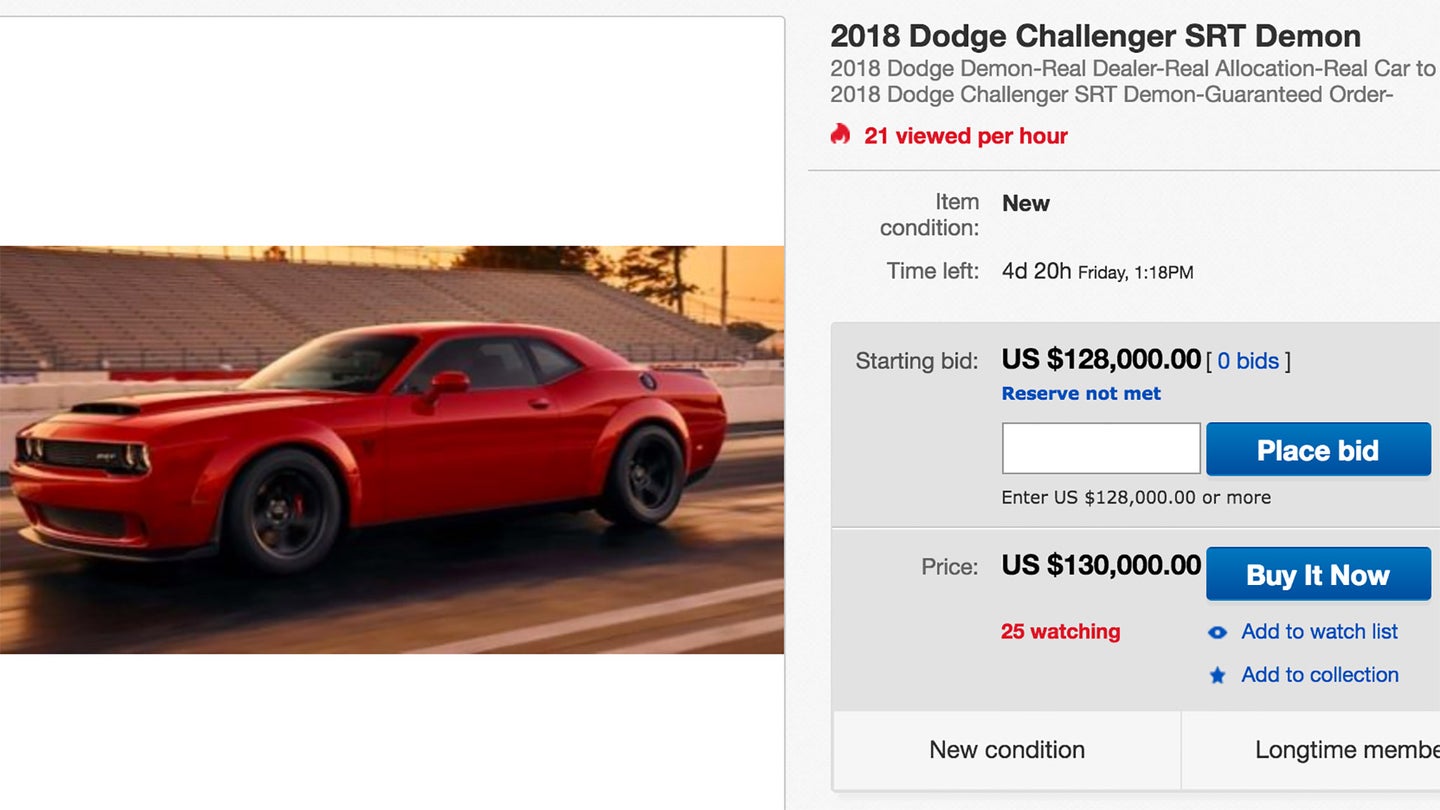 The Dodge Demon is obviously a hot commodity among muscle car enthusiasts. With 840 horsepower at the crank and an alleged 60 mph time of 2.1 seconds, it is no surprise people are chomping at the bit to buy one. Due to the vehicle's popularity and the fact that only 3,000 will be made, FCA made a series of regulations where dealers were incentivized to sell at or below MSRP or they would not get priority.

Obviously dealers did not want to hear anything of the sort and have found a clever way to get around markup regulations. Recently, dealers have been turning to third party Ebay auctions for the Answer. According to reports, dealers are turning to Ebay and having "random dudes" auction off the right to buy an Dodge Challenger Demon at MSRP. So instead of paying well over $120,000 for a Dodge Challenger Demon, they buyer is actually paying for the ability to buy the car at MSRP.

Yes, this is as sketchy as it sounds but according to Automotive News dealers will immediately contact the buyer upon the completion of a transaction.

Dodge's Tim Kuniskis said, “We know some dealers may be tempted to sell to the highest bidder, but we are encouraging them to leverage the Demon as a halo for both the brand and their dealership, to bring customers into their showrooms and see everything we have to offer.”

Unfortunately, Dodge's hands are tied here and they can't really inhibit dealers from auctioning off the cars. Chances are we will see a lot more Demon's hit Ebay over the next year.