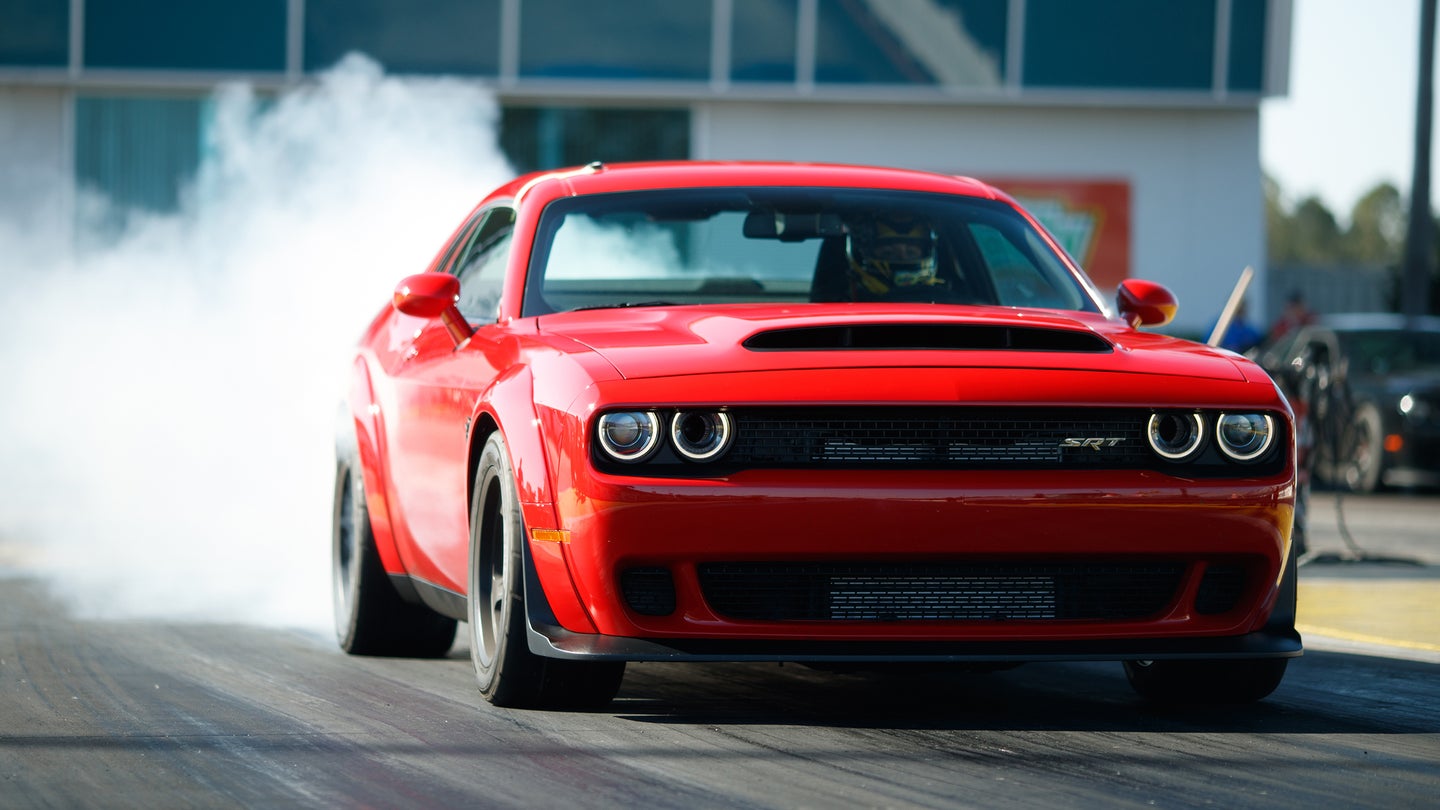 Back in 2015, when 707 horsepower was enough to send everyone into a frenzy (how quaint), Fiat-Chrysler ran into a slight problem ahead of the official launch of the brothers Hellcat. Dodge dealers were so eager to hype their arrival that they began taking deposits from eager customers without knowing how many units they would actually receive. The resulting scarcity, as you can imagine, burned a fair number of would-be buyers. But could the debut of the Dodge Challenger Demon summon the same ghost?

Roadshow sat down with FCA passenger cars head Tim Kuniskis late last week, who revealed that some dealers are once again playing that game ahead of the Demon's launch—taking deposits from people despite the fact that pricing has yet to be formally announced, let alone allocations. Not only that, Dodge hasn't even set up the logistical systems for dealers to actually order the Demon for customers, so those deposits are basically an off-the-books gesture of good faith from people with enough money.

He adds that they're being much more "careful" with these informal arrangements since the Hellcat experience, and the deposits are refundable, but it's still a risky play. If they mess it up again with the Demon, they'll be pissing off both those loyalists and potential buyers who thought they could wait for a more formal announcement to sign up, only to see a bunch of line-jumpers take most of the spots. And that's on top of the usual markup song-and-dance that inevitably accompanies these hyped-up limited edition models.

There will be 3,000 Dodge Challenger Demons built for the U.S. market, and the official information on pricing and allocations should come next month. But if you can't wait that long to secure your spot, Tim Kuniskis knows a guy who knows a guy...