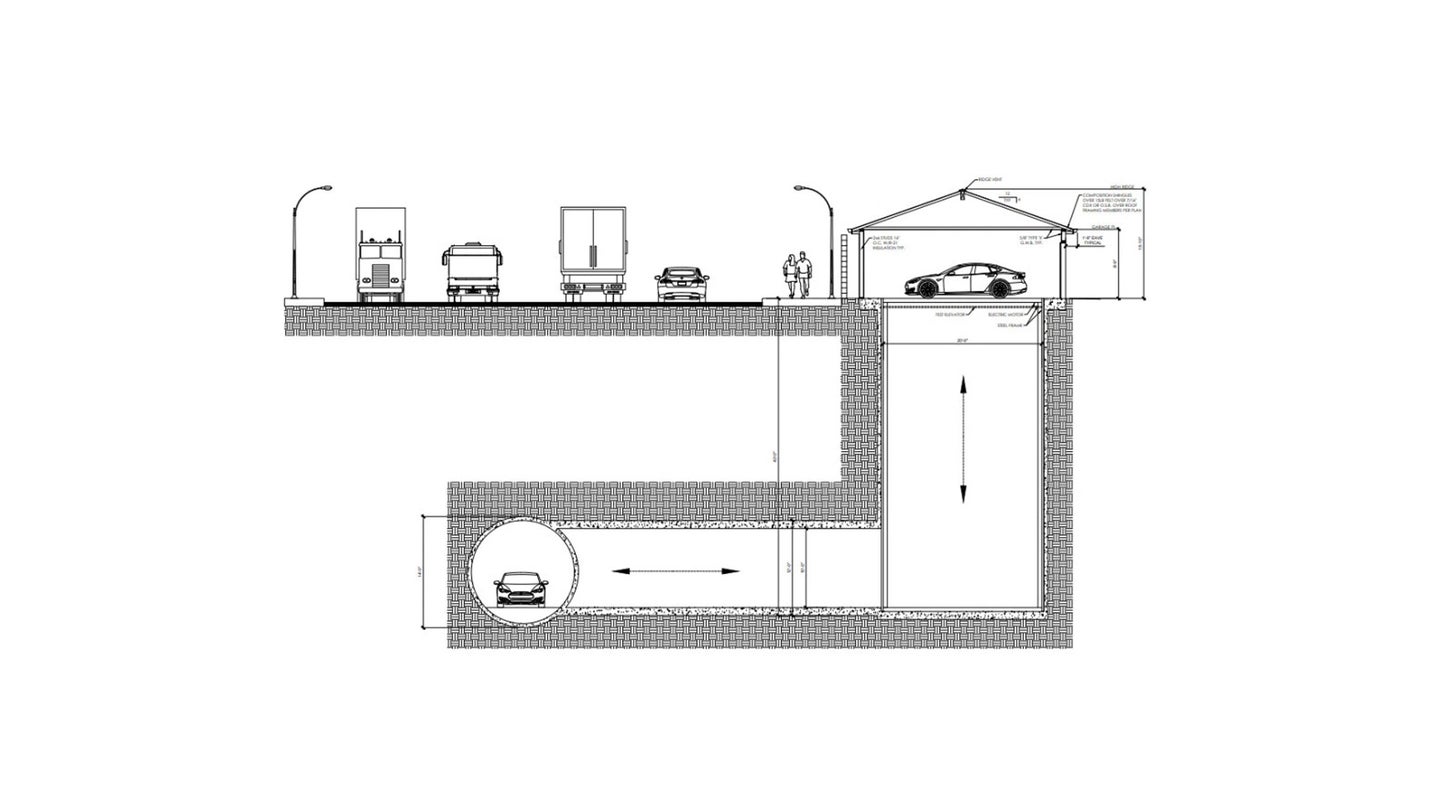 If there's one man dedicated to eradicating the world of traffic, it's Elon Musk. One of the projects founded by the entrepreneur was a tunnel-digging startup called The Boring Company that has begun digging its test tunnel in California. Earlier this week, the company received approval to begin construction on a critical implementation: its first elevator on a residential property.

The test tunnel is said to span from SpaceX's property, another one of Musk's companies located near Crenshaw Boulevard in Hawthorne, California, and will travel under 120th Street for up to two miles. In mid-January, The Boring Company made a $485,000 purchase according to Zillow, when a property went up for sale on nearby 119th Place. Unbeknownst to most was that this particular acquisition would be used to plan the next phase of the project.

On Tuesday, representatives from The Boring Company presented its proposal to Hawthorne City Council, stating its intent to build a small spur off of the test tunnel and into the plot of land that it had purchased. At the end of the spur, a 45-foot tall shaft would be erected to breach the ground above and exit into a new garage structure that the company would build. As a condition of the approval, the shaft would need to exit into an enclosed space so as not to bother the neighbors who inhabit the houses only a few feet away, as well as the residents of the home that The Boring Company will be renting the property's existing home to, says The Mercury News. A representative described the sound of the elevator similar to a garage door opener.

But there's more—eight-foot-tall block walls will surround the property complete with twenty-four-hour video surveillance to ensure that the company's secrets stay just that, as well as ensure that the neighborhood isn't too inconvenienced by the testing and construction performed during the approved hours. The Boring Company is also restricted from storing equipment on the property, holding promotional events at the site, and allowing cars to enter or exit from 119th Place. This means that any and every vehicle that is to use the elevator must arrive and depart via the test tunnel.

Musk might be showing a bit of his overzealous side (which, let's be honest, happens quite often) when stating he envisions that transit tunnels will be widely utilized in people's homes, as the elevators combined with the cost of construction work needed to build the spur and shaft will surely eclipse the price of most houses in the United States. The Boring Company later verified this theory by Tweeting a confirmation that the innovation is to be considered a proof of concept that its urban testbed can be used in very tight spaces, especially since the company can't just go digging pits all over the place.