I still haven't decided if this is a glorified roofing torch or a party favor. 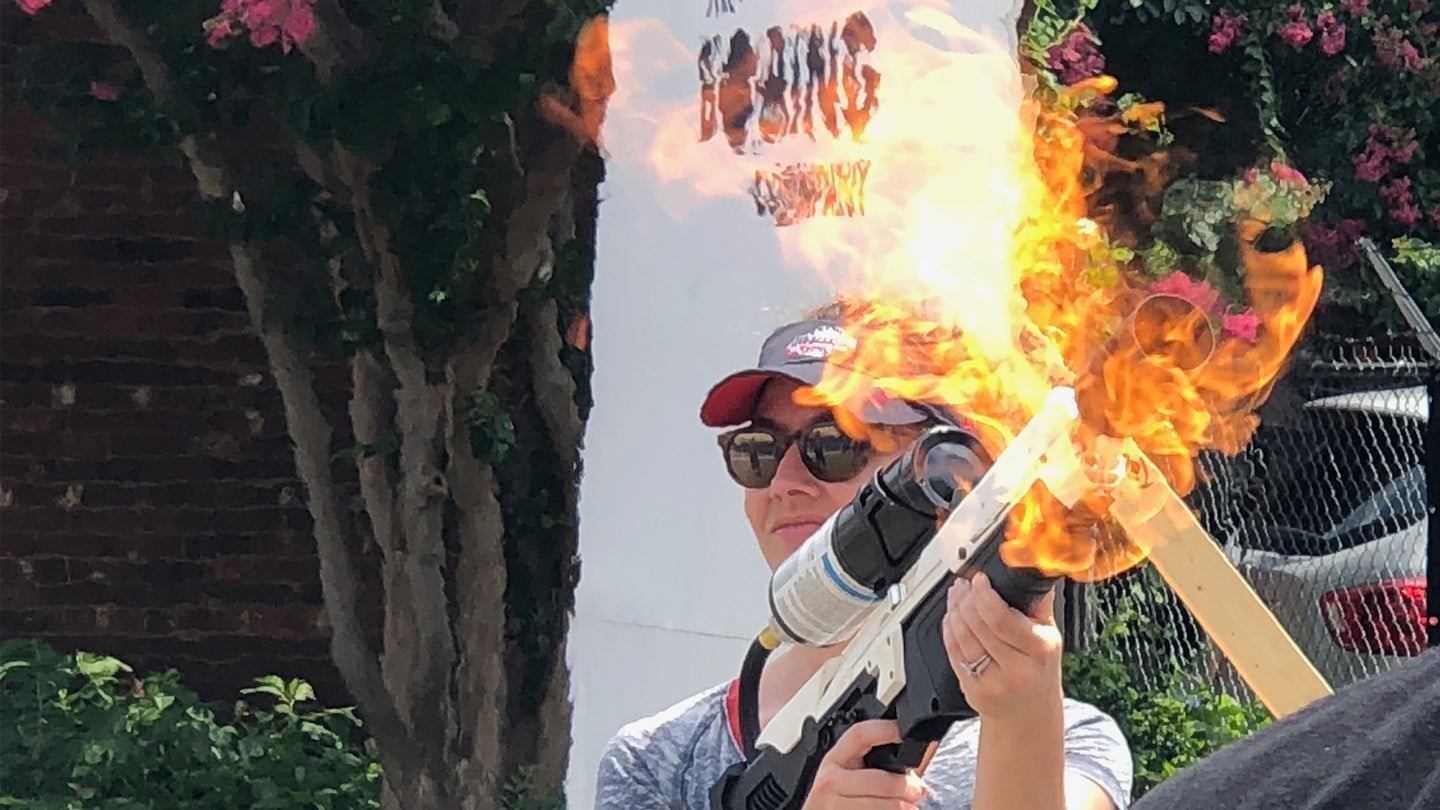 Elon Musk's companies love to sell crazy things. The self-built billionaire takes a brand without a marketing budget and enables free press by propelling said company to the front page of every major news outlet because somebody decides they needed to have whatever "it" is. I happen to be one of those people because I not only bought one of The Boring Company "Not-A-Flamethrower" Flamethrowers, but I also traveled nearly three hours to pick it up in person. Here's what I learned.

I hopped in my wife's Toyota Venza and took off on the familiar trek from Pennsylvania's state capital of Harrisburg to the nation's capital: Washington D.C. Naturally, the automaker I expected to see the most of was Tesla, and although they did make up the majority of the crowd, I was surprised how many other random ordinary-guy and enthusiast cars surrounded the lot. Even a Plymouth Prowler and brand new Acura NSX were there for the event. It occurred to me that Musk must be akin to Steve Jobs, able to sell something expensive as a status symbol to everyday Joes.

After queuing for about an hour and even being offered a freeze-pop by one of the Boring Company staffers, I finally got behind the fence and could see what was stuffed into the lot, but my eyes quickly spotted the prizes nearby. One of the employees told me that the Boring Company shipped out around 1,000 Bunsen burners flamethrowers to the event, all of which were nicely packaged and loaded onto skids.

I show my ID, present my ticket which was neatly tucked away into my Apple Wallet and wrapped a Boring bracelet around my wrist like I'm at a music show. Now it's time for another queue.

There's a lot of murmuring about the pit that was located right in the center of the event; attendees kept questioning what the hell it was and why they would waste the precious non-sidewalk real estate for the event, let alone in D.C., by choosing a plot of land with a giant hole. An idea popped into my head and after an employee began giving a short lecture, it was confirmed that I was right.

The event was held at a cleverly-named location called "A Boring Parking Lot in Washington D.C." which, as it turns out, wasn't just a play on words. The Boring Company actually hosted the event at a future site for its Hyperloop entrance and used this opportunity to raise awareness with the public of just how the Hyperloop will function.

"The idea is for the entrance for the sleds to be no larger than a parking spot," the attendant told The Drive. "This location will actually have two tunnels."

She explained to the folks around me that the sleds are essentially mini-Teslas (wheels and all) that achieve hyper-fast transit by transporting one vehicle at a time from source to destination without having to stop along the way. This is the key to how the Hyperloop would become the future in fast travel without using rails. Sadly, they didn't have any sweet hyperloop shirts up for grabs.

Next came a safety lesson.

A gentleman explained how the Not-A-Flamethrower functioned and detailed the simple-yet-essential controls needed for it to work while standing fearlessly on the business side of the roofing torch. Another employee cracked a joke about how the Boring Company expected a lawsuit over the use of the flamethrower and chose to make their terms of use very clear, even if people didn't follow them once they left. No more than 60 seconds later, I was shuffled off to one of the stands to get my practice in.

Propane bottles were scattered just about everywhere at the site, being swapped out every few rotations. I couldn't help but wonder how quickly these things burn through fuel, especially considering the smell of unburnt propane that littered the nearby air. My station was the last of the four or five Boring Company-branded backdrops, closest to the pallets, so I as I passed all of the smiling Musk fans, I noticed how happy everyone was just to attend a unique event like this. Plus, you know, flamethrowers.

Finally, it was my turn to get my hands on the plastic contraption. I stepped in front of my backdrop to have my (and my plus-one's) photo taken and test out the flamethrower before I left with my own. It was comical, to say the least, and definitely a novelty that I won't soon forget.

And in case you enjoy generously proportioned men in skinny jeans wielding marshmallow toasters, I have a treat for you: a demo of the Not-a-Flamethrower in action.

Unlike the flamethrowers that will be delivered to the doors of customers, these bad boys came with the propane included so I could start causing mischief the moment I got home. No fire extinguisher came with the units, however, so I'm at the mercy of common sense and a garden hose should any misfortunes come my way.

I'm still not sure why I actually bought this thing. Whether it be for the thought of helping pay for the future of public transport, or maybe to just buy into hypebeast mentality. But by the time I arrived in my driveway and unpacked my new toy to show my wife, both the Boring Company Logo and serial number plate (which were affixed with adhesive) had fallen off the side of the unit; fortunately, that's nothing that a little glue can't fix. It's definitely an interesting item to now call my own.